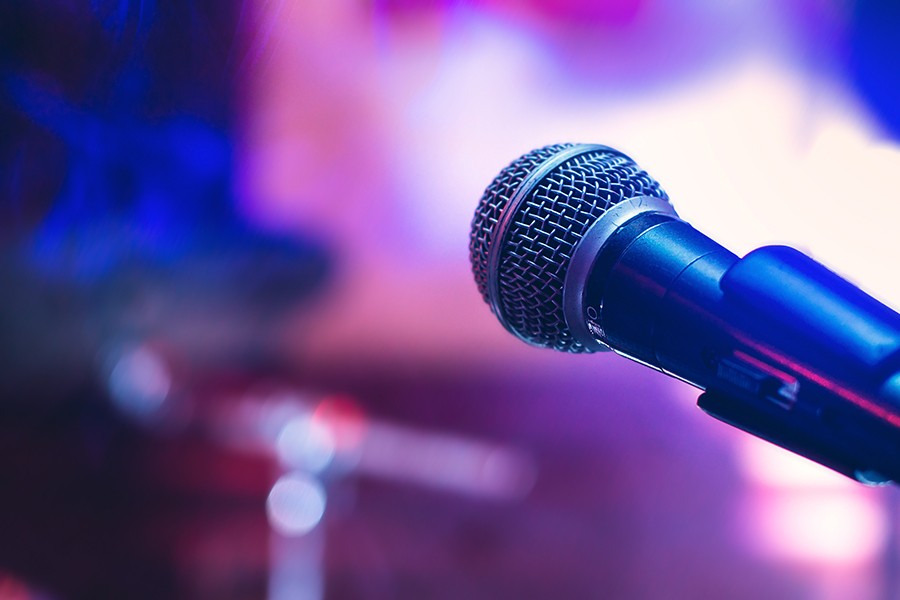 When the performers take the stage on Monday, Dec. 11, for Hopkins' Got Talent, the audience will get to choose the winner along with a panel of judges.

Supporting the event results in a win-win outcome: the United Way of Central Maryland receives the proceeds from ticket sales, and the winner collects $500 and bragging rights. Donations are being collected now through the online portal on the Work, Life and Engagement website to support charities chosen by each act and his or her division campaign goal.

Tickets are still available and half-priced when purchased online. The event is open to the public.

Below is the lineup for the evening:

Amanda Gatewood, Bloomberg School of Public Health
Amanda began studying wheel gymnastics this year to diversify her fitness and completely fell in love with the sport. She looks forward to sharing a gym wheel performance with the Hopkins community. Amanda is competing to fundraise for e-NABLING the Future.

John Spokus, Center for Talented Youth
At age 6, John taught himself to play the guitar. He appeared on several CD releases with The Beltways and opened for national acts. John plays bass on George Brigman's most recent CD release and is fundraising for SOS Animal Rescue.

Angie Ruiz, Development & Alumni Relations
Angie has competed as a semiprofessional salsa dancer for more than 13 years. She attributes her talent to her parents, both competitive Latin Hustle dancers in the late 1970s and early 1980s. Angie is raising funds for www.fondosunidos.org, a United Way organization that supports her fellow Puerto Ricans still suffering from the destruction of Hurricane Maria.

Brandon Garrel, Human Resources
Brandon's fandom for Michael Jackson began at age 2 and has not stopped. Like Michael Jackson, he loves to dance and electrify the crowd, recently wowing guests at his own wedding when he surprised his wife with a special performance. Brandon is competing to fundraise for the Community Assistance Network.

Paulina Johnson, Krieger School of Arts & Sciences
Paulina developed her singing talents at an early age with a hairbrush and a radio. She then went on to participate in theater productions throughout Ohio and New York. Paulina is competing to fundraise for the Baltimore School for the Arts Foundation.

Ian Murphy, School of Education
While IT has always been Ian's passion, he's been an avid whistler for as long as most people can remember. Known as the Whistling Wizard, Ian has contributed his talent to various Hopkins sites. He is competing to fundraise for The Humane Society.

Laura Reynolds, University Administration
Laura has been singing for fun since she was a child. She tried out for The Voice in 2014 and made it to the top 50 of 200,000 contestants in New York. Laura's brother will accompany her on the piano. She is competing to fundraise for the Maryland Special Olympics.

Christine Kavanagh and William Loo, Whiting School of Engineering
Christine has enhanced her love of singing with a post-master's graduate performance diploma from the Peabody Institute. William has studied the piano since he was 3. He began his studies at the Peabody Preparatory at age 7. Christine and William are competing to fundraise for the Johns Hopkins Neighborhood Fund.