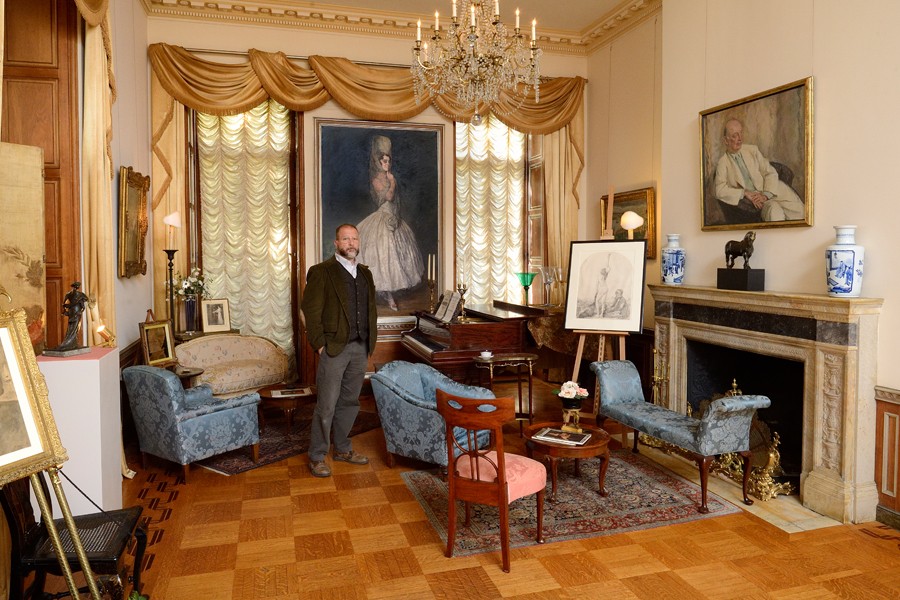 Image caption: Director/curator James Archer Abbott in Evergreen’s drawing room. The space, he says, is his favorite because “it represents the combined interests of John and Alice Garrett—serving as both an introduction to the great library and as an intimate, ever-changing art gallery.”

As John Work Garrett and his wife, Alice Warder Garrett, made plans to bequeath their Gilded Age Baltimore mansion to Johns Hopkins University for future generations to enjoy, they included an important request: The home's future contents shouldn't be limited to their family's collection but rather grow and change as its curators saw fit.

"They didn't want the house to be a stagnant museum," says James Archer Abbott, who for the past decade has been the Philip Franklin Wagley Director and Curator of what is now Evergreen Museum & Library. "So we are a museum of fine and decorative arts, we're a period house, and also a venue for the celebration of contemporary artists," he says. 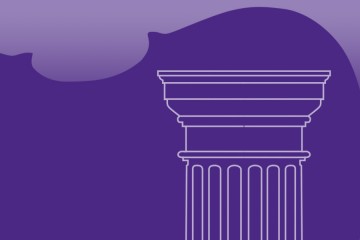 For Abbott, the Garretts' directive means not only being open to donations or acquisitions that would complement their belongings but also ensuring that the museum has the feel of a vibrant, functioning home—hence the faux cigarettes and lighter that rest casually on a table in the parlor, for example.

Some 75 years after the Garretts' gift, the 48-room Evergreen, home from 1878 to 1942 to two generations of the Garrett family and now on the National Register of Historic Places, boasts more than 50,000 pieces that range from art to decor, costumes, rare books, and more—most gathered by the Garretts themselves, some added later.

Whether it's elaborate carved ivory netsuke; dramatic costumes designed by Léon Bakst; paintings and drawings by Edgar Degas, Amedeo Modigliani, and Ignacio Zuloaga; or the omnipresent glassworks by Louis Comfort Tiffany, there's no shortage of fascinating items to take in. But as you tour the house, here are a few favorites to look for, courtesy of Abbott:

The museum is currently gearing up to restore the central hallway's lush red wallcovering to its original glory, a project that will be completed in late spring. It's a restoration that comes thanks to a lucky find: a long-forgotten spare piece of the walls' original silk damask, found in a box in storage. Based on the sample, the museum has re-created the pattern and color, though the material itself will be more durable than the original.

You won't have to wait until spring to see another lucky find, though: In the kitchen, look for a clunky metal device, similar to a pencil sharpener, that hangs from a wooden shelf over the sink. Museum workers found the device stored away, researched its patent number, and discovered it was a soap shaver, used to grind up leftover bath soap to be used for dishwashing. Once they knew what it was, they were able to return it to its original location, where it hangs today.

Alice Warder Garrett, a prolific supporter of the arts—and a dabbler in art and theater herself—amassed an impressive collection of works, many of which are on display in the large front drawing room. "Alice's passion as a connoisseur was largely defined by her desire to know each artist she would include in her collection," Abbott says. "She sought artists who melded music with painting, sculpture with dance. She wanted a collection that read less as a stagnant gallery of framed paintings and more like a conversation about passion and art and life."

With works by Picasso, Vuillard, Modigliani, and others, it's hard to pick just one to highlight, though Abbott notes that a Degas toward the back of the room was one of the first works of art acquired by Alice Garrett. The piece, a gift to her, was "sort of a seed—it became the foundation for her later acquisitions," Abbott says.

In 2017, the dining room was restored to reflect a 1922 renovation by stage designer and artist Léon Bakst, who decorated the room with a Far East theme heavy on yellows and reds. Note the distinctive details, such as the high-gloss black paint on the backs of the room's doors, and the painted grass cloth that adorns the walls. The room "reveals the Garretts'—and particularly Alice Warder Garrett's—fascination with the theatrical," Abbott says. "In 1920s America, such bold interiors would have been unique. I think Alice and the artist Bakst sought a room that was truly dazzling—really electrifying—before even the first guest entered."

Tablets of the world

In the reading room, be sure to look up—at four overdoor tablets representing the four major diplomatic postings that took Ambassador Garrett and his wife across the globe. The works, commissioned by Alice Garrett and painted by Mexican artist Miguel Covarrubias, provide a fitting connection between Garrett's work and his home. "The Garretts as a couple were known for using art as an icebreaker with regard to diplomatic negotiations," Abbott says. "And they took their art collection with them when they were in various diplomatic postings."

With Tiffany glass and lighting fixtures scattered throughout the home, an exterior doorway and awning crafted by Tiffany, and a collection of Tiffany glass and fixtures gifted to JHU by Margaret B. Wilson, Evergreen is home to one of the world's largest private collections of Tiffany glass. The famed glassmaker makes another, less expected, appearance in the rear of the central hallway: The small watercolor of a Moroccan market was painted by Louis Comfort Tiffany in 1875.

Tucked away near the kitchen is the original china room, or butler's pantry, with the Garretts' silver vault still intact. The collection includes ceramics from the late 18th century all the way through to the mid-20th century. Be sure to get a close look at the silver pitcher adorned with a repouseé of Evergreen House, a sign of the Garretts' great wealth.

When Léon Bakst visited in 1922 and 1924, he transformed what was once a children's gymnasium into a cutting-edge theater for Alice Warder Garrett, who along with her husband delighted in showcasing artists of all kinds. The theater is still in use today for musical performances and is currently home to a guest exhibition, Everything Old is New Again: Interpreting Modern Design. The exhibit, curated by Maia Washington of Western High School, is one of a dozen or so that the museum hosts each year, some curated by professionals and others by students.

Cost: $8 adults; $7 seniors (65+); $5 students, youth, and JHU alumni and retirees; FREE for JHU faculty, staff, and students, museum members, and children 5 and under.