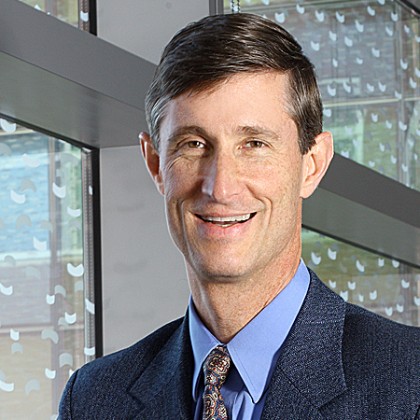 Eric Bass, a professor of medicine, is the new CEO of the Society of General Internal Medicine, which serves 3,000 physicians who are the primary internal medicine faculty of every medical school and major teaching hospital in the United States. This is a part-time position, and Bass will continue to work at Johns Hopkins with both the Evidence-based Practice Center and the Scholarly Concentration in Public Health and Community Service, in addition to maintaining his clinical practice at the Outpatient Center and serving as vice chair for faculty development and promotions for the Department of Medicine.

Paul Auwaerter, a professor of medicine and clinical director of the Division of Infectious Diseases, began his one-year term as president of the Infectious Diseases Society of America on Oct. 9. The society has more than 11,000 member physicians and scientists devoted to patient care, prevention, public health, education, and research in the area of infectious diseases.

Namandjé Bumpus, an associate professor in the Department of Medicine's Division of Clinical Pharmacology and the Department of Pharmacology and Molecular Sciences, was among the recipients of The Daily Record's 2017 Leading Women Awards, which honor women 40 and younger for the accomplishments they have made so far in their careers. The honorees were selected on the basis of their professional experience, community involvement, and commitment to inspiring change.

James Ficke, a professor of orthopaedic surgery and director of the Department of Orthopaedic Surgery, has been appointed to the National Trauma Institute's board of directors.

David Hackam, surgeon-in-chief and co-director of Johns Hopkins Children's Center, and a professor of surgery, has been named chair of the Research Committee of the American Pediatric Surgical Association. His term lasts through May 2019. In his new position, a focus will be on attracting underrepresented minorities and women to the field.

Gerald Hart, the Paul and Christine Englund Professor and director of the Department of Biological Chemistry, has been named president-elect of the American Society for Biochemistry and Molecular Biology. The society recently gave Hart its Herbert Tabor Research Award, which honors the recipient's excellence in biological chemistry and molecular biology and contributions to the community of scientists.

Kathleen Schwarz, a professor of pediatrics, has been selected by the North American Society for Pediatric Gastroenterology, Hepatology and Nutrition for its 2017 Shwachman Award for her lifelong scientific and educational contributions to the field of pediatric gastroenterology.

Paul Sponseller, a professor of orthopaedic surgery and chief of the Division of Pediatric Orthopaedics, has been named vice president of the Scoliosis Research Society, whose membership includes more than 1,000 of the world's leading spine surgeons, researchers, physician assistants, and orthotists who are involved in research and treatment of spinal deformities.

Robert Wood, a professor of pediatrics and an internationally recognized expert on food allergy and childhood asthma, has been named president-elect of the American Academy of Allergy, Asthma, and Immunology, an organization with more than 7,000 members in the United States, Canada, and 72 other countries.