Develop a skill or feed your curiosity with Odyssey's noncredit courses

From intimate seminars to popular lectures, 50-plus courses are available to full-time staff and faculty at a steep discount 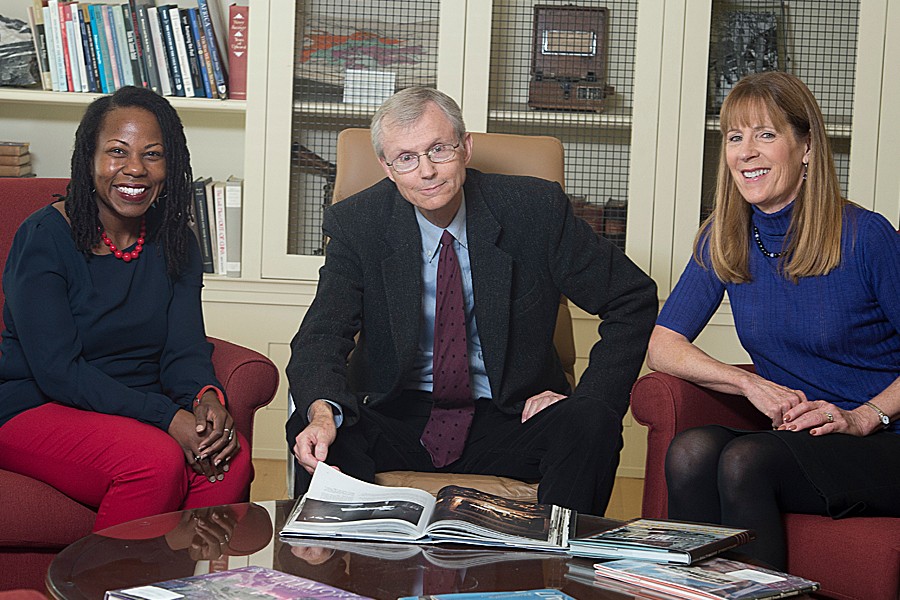 How would you like to spend a Saturday afternoon sampling locally brewed suds while learning about the history of beer-making in Baltimore and beyond? Or the chance to dive deep into post-apartheid culture in South Africa with a lawyer who helped draft the country's new constitution?

It's possible through Odyssey, Johns Hopkins' noncredit liberal arts program aimed at lifelong learners. The personal enrichment program offers more than 50 diverse courses to choose from in the fall 2017 semester, with classes in writing, arts, humanities, and science. Not only do manageable course lengths (most are under six sessions) and convenient times make enrolling in Odyssey ideal for Hopkins employees, but full-time JHU faculty, staff, and retirees are eligible for an added bonus: 80 percent tuition remission—that's just $36 for a course whose tuition is $180. Plus, spouses and partners can receive 50 percent tuition remission.

Housed in the Krieger School of Arts and Sciences' Advanced Academic Programs, the 32-year-old Odyssey program attracts more than 1,300 students to its wide range of courses held in the fall and spring semesters, primarily at the Homewood campus. While classes have traditionally been Monday–Thursday evenings, that's beginning to change in an effort to meet the lifestyles of today's participants.

"The Friday and Saturday courses that we're offering are new," says Douglas Blackstone, Odyssey program director. Lectures such as From Socrates to Plato: Foundations of Western Thought, an all-day class from popular lecturer and Georgetown University professor Ori Soltes being held on Saturday, Nov. 4, were designed to accommodate students' busy schedules. "It can be difficult for people to commit to meeting on Monday night for six weeks in a row," Blackstone adds.

Mini-Med School, a continuing education program offered in coordination with the Bloomberg School of Public Health's Department of Health, Behavior and Society, will also be held, for the first time, on Saturdays. This year's focus, Aging Well—What We Can Learn From Preventive Medicine, offers insight into subjects such as aging in place, integrative medicine and chronic pain, and psychological health across two Saturdays in October.

Odyssey's diverse course selection ranges from the practical (think Improving Writing Using a "Sentence-Composing Approach" and introductory Spanish) to fun and thought-provoking (The Great Kate on the Silver Screen, for example, examines the changing role of women in the 20th century through the career of actress Katharine Hepburn).

While a majority of courses are taught by Hopkins faculty, professors from several other prestigious universities, including Georgetown, Duke, George Washington University, and University of Maryland, will be instructing in the fall semester.

Nationally recognized astrophysicist Jeff Goldstein returns to Odyssey for A Voyage That Will Forever Change Your Perspective of Home II, a follow-up to his popular fall 2016 course. "It turned out to be one of the most well-attended courses we've ever had," Blackstone says. "Goldstein's a fascinating guy—he talks about, If we were able to live in a different world, how would that change our perspective of what we call home? We got so much positive feedback that I'm repeating the course."

If you learn best over food and drink, try Sunday Morning Shorts, a series of lively book discussions over coffee and tea at the Johns Hopkins Club. The series features works by contemporary award-winning fiction writers, including Haruki Murakami, Andre Dubus, and Maryland's Helen Chappell. There's even a chance to visit local breweries at Hops and History, a lecture and field study course by self-proclaimed "beer history nut" William "Nick" Nichols.

But perhaps the most-anticipated fall course is South Africa: The Rainbow Nation? This semester's selection for Perspectives, Odyssey's recurring multispeaker lecture series, examines South African culture across five sessions, each by a different guest lecturer. "Michael Higginbotham, the first lecturer of the series, is very well-known for his work on the new South African constitution," says Blackstone, who lived in the country during the end of apartheid. "Everyone else who's speaking is either South African or has lived and worked in South Africa for a long time."

Odyssey is also home to the Certificate on Aging, a program that consists of four required courses and a capstone project. Designed to meet the needs of professionals serving aging adults, the courses have been approved for continuing education credits by the Maryland Board of Professional Counselors and Therapists and the Maryland State Board of Social Work Examiners. You can talk to instructors and students and learn more about the Certificate on Aging at an information session on Thursday, Sept. 7.

Whether you're looking to develop a skill or feed your curiosity, Odyssey offers something for everyone. Registration for the fall semester is now open and runs through the night before a course begins, but don't wait. Many courses fill quickly. Visit the course catalog online for more information and to download registration and tuition remission forms.