Andrew P. Feinberg, director of the Center for Epigenetics at Johns Hopkins and a Bloomberg Distinguished Professor with appointments in the schools of Medicine, Engineering, and Public Health, has received the 2017 Award for Excellence in Molecular Diagnostics from the Association for Molecular Pathology. 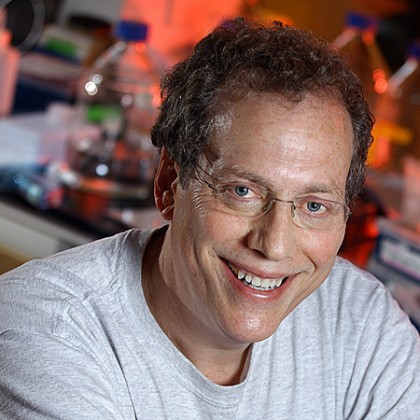 He was honored for his seminal scientific discoveries and countless contributions to the field of epigenetics.

The award will be presented at AMP's annual meeting, to be held Nov. 16 in Salt Lake City, where Feinberg will deliver a lecture on the epigenetic basis of common human disease.

Daniel W. Chan, a professor of pathology, oncology, radiology, and urology, and director of the Center for Biomarker Discovery and Translation, has been named contact principal investigator of the recently launched Proteome Characterization Center at Johns Hopkins. The center is sponsored by the Office of Cancer Clinical Proteomics Research at the National Cancer Institute, part of the National Institutes of Health. Its goal is to improve the understanding of cancer by evaluating the protein and genetic data within patients' tumor samples. The center is part of the NCI's Clinical Proteomic Tumor Analysis Consortium.

Carol Greider, a Nobel laureate and the Daniel Nathans Professor and Director of the Department of Molecular Biology and Genetics, has received a 2017 Alma Dea Morani, M.D., Renaissance Woman Award from the Foundation for the History of Women in Medicine. Greider, who won her Nobel Prize in 2009 for a groundbreaking discovery on what makes cells age, received the Morani award for making a significant mark on history and pivotally advancing the future, according to the foundation.

Daniel Hanley Jr., a professor of neurology, has received the 2018 ACCM Distinguished Investigator Award from the American College of Critical Care Medicine. This award, the organization's highest recognition, is given to an individual whose scientific and educational contributions to the art and science of critical care demonstrate career commitment and excellence. Hanley investigates stroke and brain injury treatment.

Elliott Haut, an associate professor of surgery, was appointed to the editorial board of JAMA Surgery, effective July 1.

David Levine, a professor of medicine in the General Internal Medicine Division and director of the Office of Postdoctoral Fellowship Programs in the Department of Medicine, has received the Third Annual Sponsorship Award from the department's Task Force on Women's Academic Careers in Medicine. The award honors Levine's commitment to supporting and advancing women faculty and fellows by acting as a sponsor. A sponsor, according to the task force, is a person in a leadership position who actively supports the career advancement of a more junior faculty member or trainee in whom they see career and leadership potential.

Constantine "Kostas" Lyketsos, a professor in Psychiatry and Behavioral Sciences, has been awarded the 2018 Geriatric Research Award by the American College of Psychiatrists.

Russell Margolis, a professor in Psychiatry and Behavioral Sciences and clinical director of the Schizophrenia Center, has been awarded (with former DPBS faculty Godfrey Pearlson) a Sharing Partnership for Innovative Research in Translation, or SPIRiT, Consortium Award for a project titled "Classifying the Biology Behind Psychotic Disorders to Better Diagnose Patients."

Joseph V. Sakran, an assistant professor of surgery and director of Emergency General Surgery at Johns Hopkins Hospital, has been named by Becker's Hospital Review as one of 60 Rising Stars in Healthcare 2017. All honorees are under the age of 40 and, according to Becker's, "have gone above and beyond to achieve greatness in the healthcare field at a young age."

Karen Swartz, an associate professor in Psychiatry and Behavioral Sciences, has been named the Myra S. Meyer Professor in Mood Disorders.

Robert Wood, a professor of pediatrics and an internationally recognized expert on food allergy and childhood asthma, leads the Consortium of Food Allergy Research, known as CoFAR, which has received a seven-year, $42 million grant from the National Institutes of Health. The award will allow CoFAR to continue evaluating new approaches to treating food allergy. The first year of funding has already been made.

Bin Wu, an assistant professor of biophysics and biophysical chemistry, is among 22 early-career researchers named by the Pew Charitable Trusts as 2017 Pew scholars in the biomedical sciences. Each scholar will receive four years of flexible funding to pursue foundational research. Wu says his lab will investigate the role that localized protein synthesis plays in the growth and connection of neurons—work that ultimately could lead to new interventions for conditions such as autism and Alzheimer's disease that are associated with a dysregulation of localized protein production.