The truth about terrorism: Q&A with CEPAR's Christina Catlett and OEM's Robert Maloney 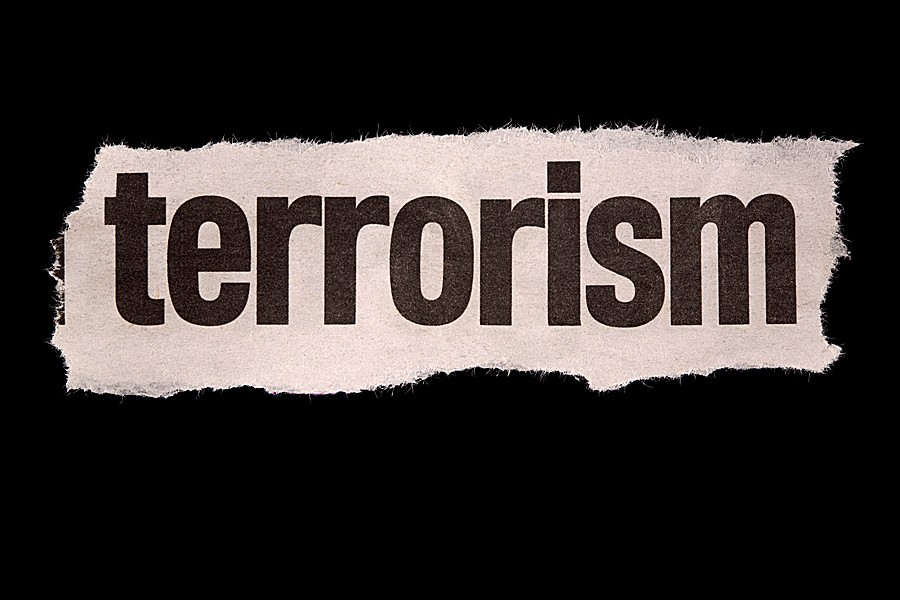 Image caption: "We all have a role in keeping our hospitals, campuses, and communities safe," says Christina Catlett, associate director of CEPAR. "If you see someone or something suspicious, notify security immediately."

Terrorism—it can happen anywhere and take on many forms. Some recent deadly attacks include two in England: a suicide bombing at the Manchester Arena and an attack on the London Bridge that started when a van crashed into pedestrians and ended in a stabbing spree.

Maloney: Terrorism is an intentional act, usually violent, or creation of a hazardous situation meant to create terror, fear, or intimidation in order to achieve an outcome. Simply put, it's the extreme opposite of a nonviolent and peaceful resolution.

How has terrorism changed over the years?

Catlett: In past decades, acts of terrorism primarily occurred in a handful of countries. More recently, the impact of international terrorism has spread worldwide to include such targets as the United States and Europe. As acts of terrorism hit closer to home, Americans' perception of the threat of terrorism and our vulnerability to it has changed, in part due to social media and communication.

While the face, name, ideology, and motive of terrorist groups may change over the years, their traditional weapons of choice remain the same—primarily bombs, guns, and knives. Recently, there has been an increase in "vehicle contact" attacks, in which a truck or van has been used to crash into a crowd of people with intent to injure or kill as many as possible. Although more difficult to implement, an attack with a chemical, biological, radiologic, or nuclear weapon remains a concern. Cyberterrorism targeting computer networks, systems, and infrastructures is also a rapidly growing threat.

As terrorism countermeasures have become more sophisticated, the likelihood of a massive attack such as 9/11 has decreased. Terrorists' focus has shifted from "hard targets," such as government buildings and airports, to more vulnerable "soft targets" with less security presence, such as public venues and gatherings.

How do we live in a world with terrorism?

Maloney: As Dr. Catlett mentioned, the types of terrorism have changed over the years and so must our ability to meet these potential challenges. Local, state, and federal agencies must take measures to counter terrorism, including target hardening—or securing buildings or making them less attractive as targets; pre-emptive intelligence and information sharing; and increasing our capability to respond and recover. We must adapt to prevent, respond, and recover from whatever terrorism event is most likely to happen at any given time.

People, in general, must also not let fear or intimidation impede our freedom; this will reinforce those choosing terrorism as a solution. Everyone must commit and support peaceful processes to resolve conflict worldwide.

What are some helpful tips to cope with terrorism?

Catlett: The goal of terrorism is to cause fear in order to disrupt society. As Bob pointed out, people should not live in fear. They should live their lives as they normally do. Disasters or other traumatic events can lead people to experience different emotions, whether they were a part of the event or watching it on TV. For example, 9/11 was an event that affected our entire nation.

The Centers for Disease Control and Prevention offers [tips for coping] (https://emergency.cdc.gov/coping/index.asp), including connecting with family, friends, and the community, and ensuring you take care of yourself. Faculty and staff with the Johns Hopkins University and the Johns Hopkins Health System can also call the Faculty and Staff Assistance Program for support services.

Should people be prepared for acts of terrorism? If so, how?

Maloney: Preparedness and readiness for all emergencies and hazards can be the difference between life and death. Regardless of where we live or work, we face countless hazards on an everyday basis. Fires, floods, pandemics, and major power outages are examples. Prevention and response measures, such as emergency supply kits with items like water, food, and medication; first-aid training; flood mitigation—like waterproofing your basement; and fire prevention make a difference when these events do occur. People can prepare for responding to an act of terrorism in similar ways.

What should staff do if they see suspicious activity?

Catlett: We all have a role in keeping our hospitals, campuses, and communities safe. If you see someone or something suspicious, notify security immediately. Provide as much information as possible, such as the location and a full description of the suspicious person(s), package, or activity. If there is an emergency, call 911.