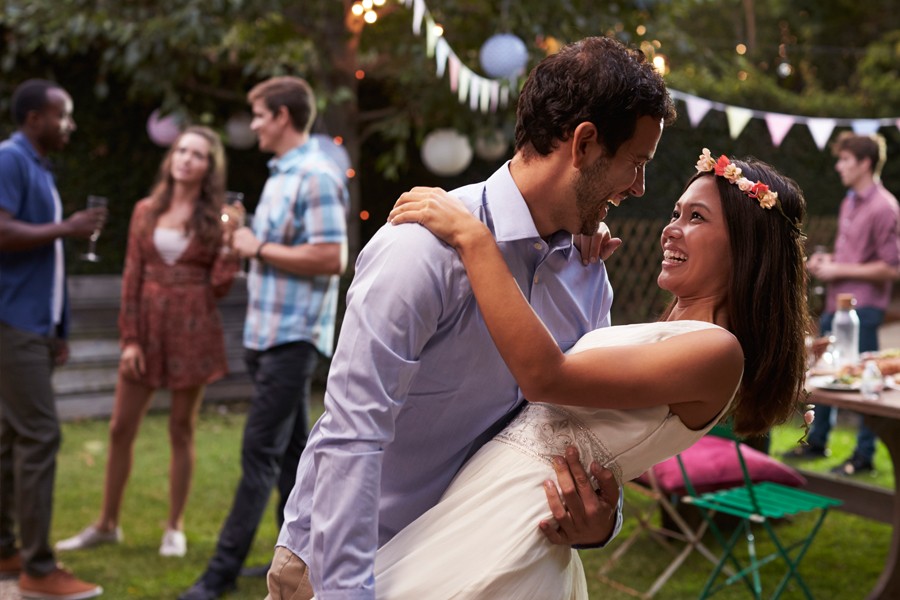 Whether it be Chicago's 1972 hit "Saturday in the Park," Bananarama's 1983 video for "Cruel Summer," or Daft Punk and Pharrell Williams' unavoidable "Get Lucky" from 2013, radio, and MTV—and now, online streaming services—often make certain songs cling to the memories of the summers from different years. We asked a few of our musically inclined faculty what songs and albums make them think of summer. When possible, we've made Spotify playlists so you can listen, too.

Sanchita Balachandran, associate director of the Johns Hopkins Archaeological Museum, is trying to write this summer. She—and you—can listen to her favorites as a Spotify playlist.

Oscar Bettison, a member of the Peabody Institute Composition Department faculty, says he plans to spend the summer researching a big project for 2018–19, working on some smaller projects, and hanging out with his family. Here's his favorite summer playlist.

N.D.B. Connolly, a professor in the Krieger School's Department of History, will be researching in the United Kingdom and working on his jump shot. Here's what he's likely to be listening to.

Emily Riehl, an assistant professor in the Krieger School's Department of Mathematics, has exchanged a Baltimore summer for a Sydney winter. Here's some of her music that can travel anywhere.

David Smooke, chair of Music Theory at the Peabody Conservatory, plans on working on new pieces for trumpet and soprano, on a piano solo, and for the Composer Alive project of Access Contemporary Music. He'll also be performing his solo toy piano music at the Omaha Under the Radar festival in July, and introducing his new dog to life in Baltimore (and maybe to these tracks).

Lester Spence, an associate professor in the Krieger School's Department of Political Science and co-director of the Center for Africana Studies, says he writes, takes pictures, teaches, every now and again makes sense, and parents five powerful kids. Over the summer, he says, he plans to spend a bit of time in Mexico, make progress on two book projects, take his kids to as many museums as they'll let him, and then plot and plan to make Baltimore more humane—using the Center for Africana Studies to do it. Here's his personal playlist.

Along with his playlist, Spence included a few notes:

Summer begins with "Summertime" by DJ Jazzy Jeff and the Fresh Prince (aka Will Smith). Decades later—I don't think Jeff's son was even born when the track was released, and he's now a full-fledged adult—it still bangs. No summer barbecue—except perhaps the day-before-Memorial Day barbecue I annually attend—is complete without it. Particularly for black folk of a certain age, no song better captures the wonder of black urban and suburban summer life.

Until the aforementioned barbecue took up my Memorial Day weekend, I would try to get to Detroit by hook or by crook for the then labeled Detroit Electronic Music Festival, now simply called Movement. The body of work generated by or inspired by Detroit techno is far too comprehensive to detail. I wish I was young enough to say I'll write about it, but unfortunately creeping up on 50 tends to narrow one's productive imagination. Whatever the case, having grown up on Detroit techno and Chicago house I never imagined that one day thousands of people would come to Detroit to listen to some of the world's hottest DJs. Two tracks I'd say capture that spirit are "Strings of Life" by Rhythim is Rhythim (one of Derrick May's many pseudonyms) and "Deep Burnt" by Pépé Bradock.

I don't think any list like this would be complete without a 1970s-era throwback. Michael Franks was one of the first singers we'd probably characterize as "smooth jazz." To be frank, no pun intended, even writing that makes me throw up a little in my mouth, but in Franks' case, perhaps in his singular case, it's a compliment. One of my greatest regrets is that I didn't get a chance to see him live when he was at the height of his powers. His Sleeping Gypsy and The Art of Tea are required listening, with a nice bottle of wine.

Finally, one of my fondest memories of last summer was being able to hear Kamasi Washington at the DC Summer Jazz Festival. A friend went to the lengths of purchasing tickets for me and my five kids, and we were able to hear him live. Kamasi Washington's The Epic is one of the few ambitiously titled works of art that lives up to its billing. Gorgeous, sprawling, and unrepentantly black. With more time behind me than ahead of me, if I had to create a shortlist of albums I'd listen to if I only had a short time to live (much less a short summer to do it in), this would be one of the albums.