27 books you probably haven't read yet 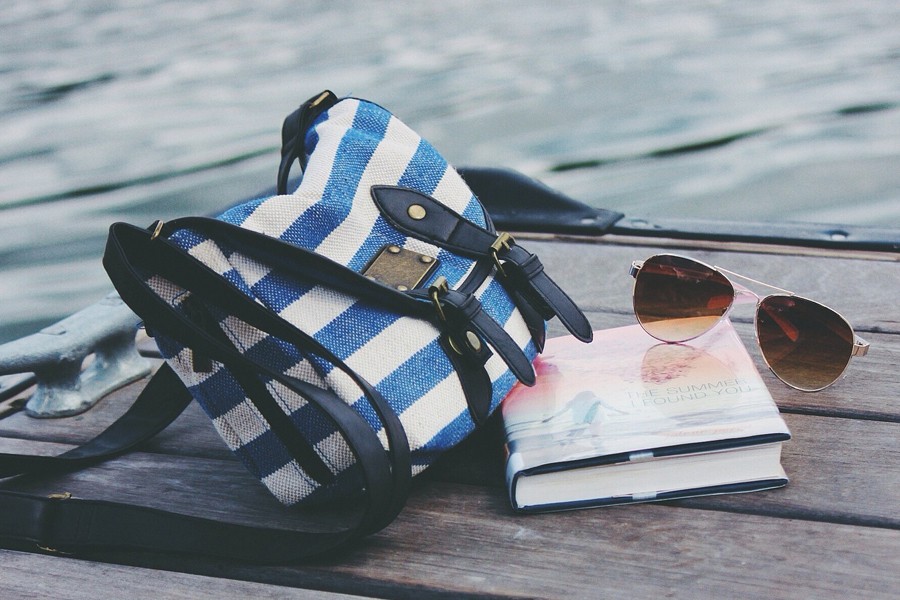 As kids, the summer reading list brings to mind homework assignments that have to be completed before the next school year begins. As adults, however, the summer reading list could mean anything from engaging reads to pack for a trip to the shore to books that we keep meaning to read but simply haven't gotten to yet. We asked a few readers among us for some titles we might consider over the coming months.

Tristan Davies, senior lecturer and director of Graduate Studies in the Krieger School's Writing Seminars, who this summer is headed for points westerly and of increased altitude—namely his home waters of Colorado.

Craig Hankin, director of the Homewood campus's Center for Visual Arts, who will be working this summer with colleague Tom Chalkley to finish ("fingers crossed," Hankin says) the first volume of their graphic memoir, Novelty Record.

Jeanne-Marie Jackson, an assistant professor of English, who says she is committed to staying off Facebook for most of the summer.

Dora Malech, an assistant professor in the Krieger School's Writing Seminars, who plans to spend the summer getting to know her new baby, Ada, and re-reading some favorite new books of contemporary poetry.

Anne Eakin Moss, an assistant professor in the Humanities Center, who says she looks forward to catching up with her teenager and getting him ready to start high school at Baltimore City College in the fall.

Chris Nelson, PhD student and "polar bear nurse"—aka circumpolar health researcher—in the Bloomberg School of Public Health, who says accordingly, "I thought I might give you some chilly suggestions."

Hollis Robbins, chair of the Humanities Department at the Peabody Institute and director of the Center for Africana Studies in the Krieger School, says, "Here's what I'm taking with me on a trip to Japan, Singapore, and China in June. I'm intending to read them all on my long flights. If I don't like them, I'll leave them on the airplane. If I like them, I won't mind lugging them back to Baltimore."

Molly Warnock, an assistant professor in the Krieger School's Department of the History of Art, who plans to spend the summer working on a new book project on the painter James Bishop, seeing as many exhibitions as possible, and reading some good spy novels along the way.

Bernadette Wegenstein, professor of media studies and director of the Center for Advanced Media Studies in the Krieger School, who plans on showing her film The Good Breast at the Collège de France in Paris, visiting friends and family in Germany and Switzerland, holidaying in Italy with her own family, and heading to Vienna to receive a Statal Award, Ars Docendi, from the Austrian government for her recent class at Johns Hopkins that she taught with two professors from the Sigmund Freud University in Vienna.

Also on her summertime to-do list, Wegenstein says, are watching the film Manifesto and the docuseries The Keepers and seeing two exhibitions in New York: Carol Rama: Antibodies at the New Museum and the Whitney Biennial 2017 at the Whitney Museum of American Art.