With this installment of Cheers, we introduce a new format for our long-standing feature touting the recent appointments and accolades of our faculty and staff. Rather than bringing you a monthly roundup from the entire university, we'll be letting each entity shine on its own. Here's what's happening at Peabody. Keep watching At Work for more.

Hailed as one of the most gifted conductors of his generation, Peabody alumnus Joseph Young has been named the Ruth Blaustein Rosenberg Artistic Director of Ensembles at the Peabody Conservatory, following an international search. In this role, Young will lead the programming and direction of all Peabody Conservatory instrumental ensembles. In addition, he will work with Baltimore Symphony Orchestra Music Director Marin Alsop, who leads the graduate conducting program. 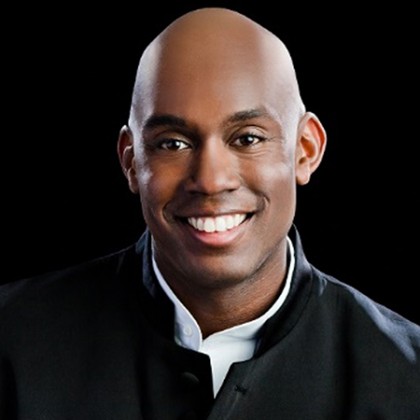 Currently assistant conductor of the Atlanta Symphony Orchestra, Young conducts more than 50 concerts a season, including programs on the classical series, family concerts, and various other concerts geared to specific audiences. He also is music director of the Atlanta Symphony Youth Orchestra, where he is credited with being the driving force behind the ensemble's artistic growth.

"Joseph Young is exactly the right leader to shape Peabody's reimagined ensembles program and create excellent, meaningful, relevant, and diverse performance opportunities for our students," says Fred Bronstein, dean of the Peabody Institute. "His artistry and energy on the podium will engage and inspire both our student performers and Baltimore audiences. And his keen understanding of the varied roles artists and ensembles must play in communities today is a quality critical to the success of 21st-century musicians and music organizations."

Young's appointment comes as the Peabody Conservatory prepares for the fall 2017 launch of the new Breakthrough Curriculum in Music Leadership, a model at the forefront of arts training in the United States. The curriculum is designed to help students gain skills in performance, career development, and citizen artistry to meet the demands of today's changing musical landscape. An instrumental ensembles program developed as part of the curriculum will move students through a rotation of varied ensemble experiences to ensure training across a range of performing contexts, musical styles, and ensemble configurations.