How the Bloomberg School is 'Engaging Baltimore' 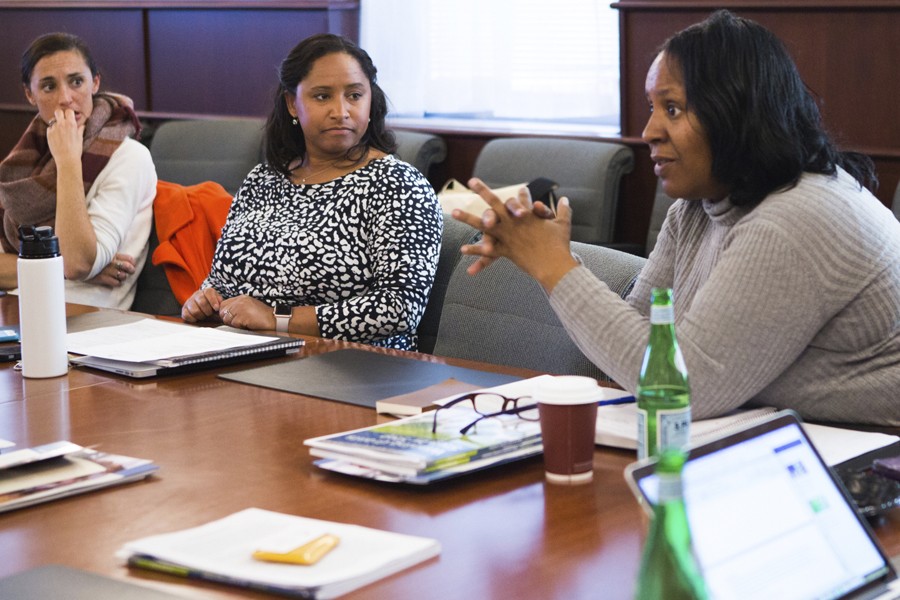 Credit: COURTESY OF THE BLOOMBERG SCHOOL OF PUBLIC HEALTH

Like many other small nonprofits, Baltimore's Back on My Feet relies on volunteers and community partners. But these support systems rarely touch the organization behind the scenes, where just two full-timers are at the wheel.

Recently, though, the team found a rare opportunity for more-formal guidance. Through a December workshop with the Johns Hopkins Bloomberg School of Public Health, Back on My Feet and two other local nonprofits received training on various development and marketing strategies.

The one-day workshop featured tips and presentations from seasoned development and communications professionals from the school's Office of External Affairs, who offered expertise on grant writing, marketing, strategic storytelling, fundraising, and social media.

"This was a different kind of opportunity, to have access to development professionals who are behind the machine that is Hopkins," says Jackie Range, the executive director of Back on My Feet. "It wasn't your typical conference where you have hundreds of people attending; it wasn't just a webinar," she says. "There was a lot of thought and intentionality in the way they presented it."

SOURCE, the community engagement and service-learning center for Johns Hopkins' schools of Medicine, Nursing, and Public Health, helped identify and recruit nonprofits that could benefit from this access to a broader set of skill sets. Staffers from Soccer Without Borders Baltimore and the family services agency Men and Families Center attended the session along with Back on My Feet, which works to motivate homeless individuals toward independence through running.

The workshop was one example of the broader Engaging Baltimore initiative from the Johns Hopkins Bloomberg School of Public Health, launched after the city's unrest from the death of Freddie Gray. The effort involves a diverse array of projects and collaborations by all departments of the school to support local communities in Baltimore.

SOURCE has helped arrange some of the new engagement projects, including a day of interactive demos given to students at the Commodore John Rodgers Elementary/Middle School by the Bloomberg School's Information Technology team, and Epidemiology Department service days at local organizations such as Moveable Feast and the Maryland Food Bank.

Range says that the personal guidance from this winter's development workshop was "invaluable" for helping Back on My Feet identify areas for improvement. Her small team has to "wear a lot of hats … to be able to manage all of the elements that go into development," she says, so there are "consistently things we could be doing better."

And in the time since the event, some of the Johns Hopkins professionals have made themselves available for continued consulting on specific tasks, Range says, such as grant applications. "They've really extended themselves to make sure this is an ongoing relationship," she says.