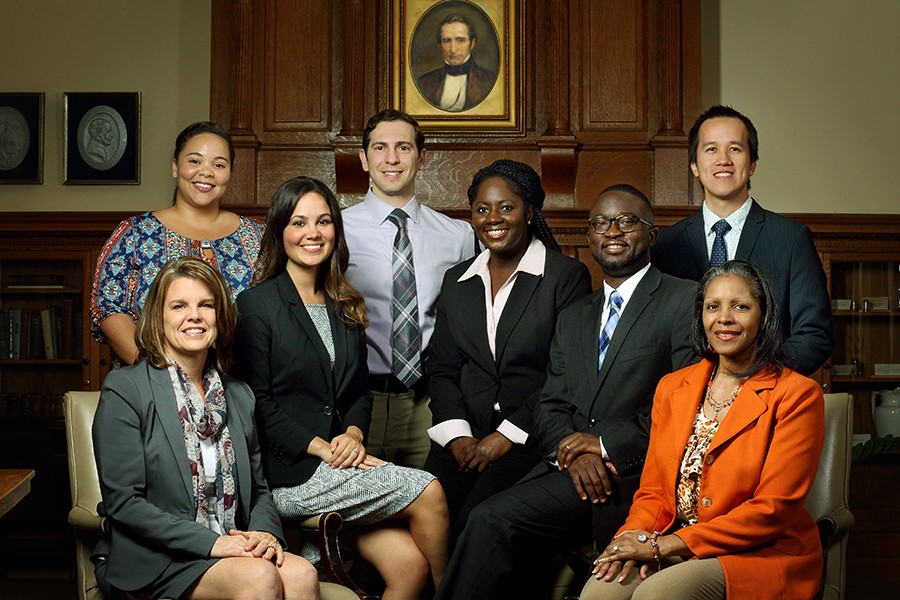 Robert Higgins, surgeon-in-chief of the Johns Hopkins Hospital and director of the Department of Surgery for the School of Medicine, will be the event's keynote speaker. Higgins was the first African-American to lead a Johns Hopkins Hospital department, and in his remarks will address the commemoration theme, "Moving Forward Together." 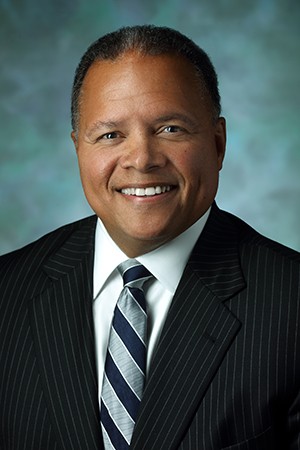 Recipients of the 2016 MLK Jr. Community Service Awards will be recognized for making a difference with their volunteer work mentoring, overseeing donation drives, and carrying out other service projects.

Honorees from Johns Hopkins University are:

Panagis Galiatsatos, a pulmonary and critical care fellow at the School of Medicine. Born and raised in East Baltimore's Greektown, the physician says he owes it to his hometown to help reduce the health disparities that afflict so many in the city. He channeled his commitment to health equity into Medicine for the Greater Good, a program he co-founded with colleagues at Johns Hopkins Bayview Medical Center. Since 2011, MGG has inspired hundreds of undergraduate and graduate student volunteers across Johns Hopkins to help underserved city residents become advocates for their own health.

Carlisa Jones, an administrative supervisor at the Wilmer Eye Institute who has encouraged Johns Hopkins' participation in the Juvenile Diabetes Research Foundation Walk for a Cure for 15 years, raising tens of thousands of dollars in donations. She also helped organize a charity dance, raising nearly $7,500 for pediatric oncology and juvenile diabetes research for the Johns Hopkins Kimmel Cancer Center after her husband, Dean, became a patient there for non-Hodgkin lymphoma.

Charles Odonkor, a School of Medicine resident in Physical Medicine and Rehabilitation whose work has helped disadvantaged students pursue undergraduate and medical degrees. Since 2014, Odonkor and his colleagues have provided free writing and review services to help minority students craft compelling, error-free essays as part of their college applications. He also collects late-version textbooks and tablets loaded with links to various open-source medical libraries so that disadvantaged medical students in countries such as his native Ghana can have access to necessary information. Odonkor adopts the ubuntu philosophy "I am because we are." In other words, he notes, "You are where you are because others lifted you up, so you have to reach back to lift others."

Daniel Pham, a doctoral candidate in neuroscience whose outreach program, Project Bridge, helps scientists communicate and connect with the public. The program features talks and demonstrations by Johns Hopkins scientists in farmers markets, cafes, and restaurants. In September, Project Bridge brought Baltimore Brain Fest, a daylong neuroscience expo, to a city elementary school. "It's a very grass-roots approach, getting bystanders to come by and having scientists in the community, explaining rudimentary topics," Pham says.

Honorees from the Johns Hopkins Health System are:

Alexia Camm, an administrative coordinator in the Marketing and Communications Department who volunteers for Thread, a nonprofit that links at-risk high school students with volunteer mentors and community resources. Camm says there's a common misconception that people who lead a busy life will never succeed as volunteers. "You can find a way to volunteer that fits you," assures Camm, "even if it's just for a day." Camm has also volunteered for the Maryland Food Bank, Marian House, House of Ruth, and United Way.

Leigh Goetzke, a client relations account manager for Johns Hopkins HealthCare. Looking to volunteer with her three children, Goetzke signed her family up to raise puppies for Guiding Eyes for the Blind, an organization that connects individuals in need of a guide dog with the perfect Labrador retriever or German shepherd. Six years later, the Goetzkes have trained five puppies in their Annapolis home to sit, stay, and follow unique commands that prepare them for formal training to become service dogs for blind or visually impaired individuals.

Jessica Havern, the director of enterprise performance for health care transformation and strategic planning. When Havern moved to Baltimore two years ago, she got involved with the Junior League of Baltimore, an organization of women committed to promoting volunteerism, developing the potential of women, and improving communities through effective action and leadership of trained volunteers. Now she participates in monthly volunteer activities such as sorting donations at the Junior League's Wise Penny thrift store, planting trees with Blue Water Baltimore, overseeing donation drives for House of Ruth, and preparing healthy meals with Moveable Feast. "My mindset is that it's our duty to give back in whatever way we can," she says.

+Yvette Hicks, a financial informatics system architect. Hicks' first volunteer experience was as a candy striper growing up in Hartford, Connecticut. Since moving to Baltimore in 2008, she's been deeply involved with the nominating committee of the Junior League of Baltimore, which trains members to lead and serve on volunteer initiatives. "It makes me feel good to help others," Hicks says. Among her many volunteering activities, she serves meals with her teenage son at Our Daily Bread, speaks to students about achieving academic success for the Maryland Business Roundtable for Education, and recently signed up to help the P-TECH program, which blends high school and college classes with work experience to help students build careers in science, technology, engineering, and math.