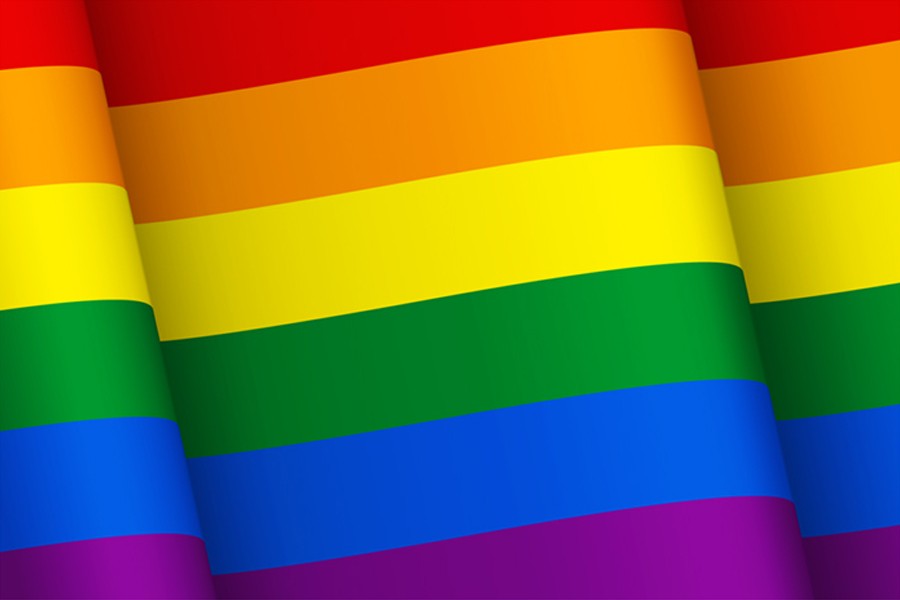 When Sanchita Balachandran, the curator/conservator of the Johns Hopkins Archaeological Museum, saw one of the rainbow-hued Johns Hopkins University Safe Zone stickers on a colleague's door in Homewood's Gilman Hall, she decided to look into the program herself. "I thought it fit very well with who I want to be but also more broadly with the kind of space that the museum and university should be," says Balachandran, who participated in Safe Zone training over the summer. "It seemed like a fantastic resource that we should be taking advantage of so that we could really be a much more welcoming and nonjudgmental space."

The Safe Zone program is offered by LGBTQ Life at Johns Hopkins, and the fall series of its training classes begins Sept. 16. The three-hour seminars are open to all faculty, staff, and students interested in learning how to become a better ally for the lesbian, gay, bisexual, and transgender community and in creating a more supportive campus for sexual and gender minorities. The training is conducted by Demere Woolway, the director of LGBTQ Life at JHU, and faculty, staff, and student safe zone facilitators who have gone through the program themselves. At the end of the training sessions, participants receive a Safe Zone sticker they can put up on their offices or in their workspaces to show their support for the LGBTQ community.

Judy Mitrani-Reiser, an assistant professor of civil engineering in the Whiting School, had also seen the Safe Zone stickers around campus, but it was a series of emails that encouraged her and other Engineering faculty to sign up for training. Following the June shooting at the Pulse nightclub in Orlando, Florida, Professor Michael Falk had sent an email to his Engineering faculty colleagues. In it, Mitrani-Reiser says, he pointed out that young people coming to the university might be afraid of coming out or speaking about their sexual orientation or gender identity, and suggested that one way to be supportive of the community would be to participate in the Safe Zone training program.

That email led Stavros Gaitanaros, also an assistant professor, to suggest that they attend the training as a group, with the goal of creating a Safe Zone in the department. Mitrani-Reiser says that half the faculty and a few staff attended as a group, and that those who couldn't because of scheduling conflicts planned to attend individually. "It was such a great activity to do as a department because we don't usually do things as a group," she says.

Mitrani-Reiser says that attending as a group allowed them to consider issues and ideas they perhaps hadn't discussed previously as a department. "We did a lot of role playing and what would you do in this situation, and it was interesting because we had this critical mass to talk about it," she says. "We were talking about how we would work through something and asked if we have the right channels for this conversation. What would be the protocol? What should we set up? You start thinking on a little bit bigger scale than if you're there as an individual participant, and I thought that was the genius of doing it as a group."

In addition to offering the scheduled Safe Zone training—sign up for upcoming sessions on the website—LGBTQ Life at Johns Hopkins will conduct training sessions for groups of eight or more. "We can come to you if there's a group of folks who have a time that works for them," Woolway says.

Since the inaugural training session in fall 2013, Woolway says, 1,120 faculty, staff, and students have participated. Many have chosen to include their names in the online ally directory as resources.

This voluntary training program is one of many ways that LGBTQ Life at Johns Hopkins works to make the university's campuses more welcoming environments. "It's really important to me that the Safe Zone training not be required because I want people who are comfortable posting the sign on their door," Woolway says. "It's about people who want to learn, and our providing them with that information."