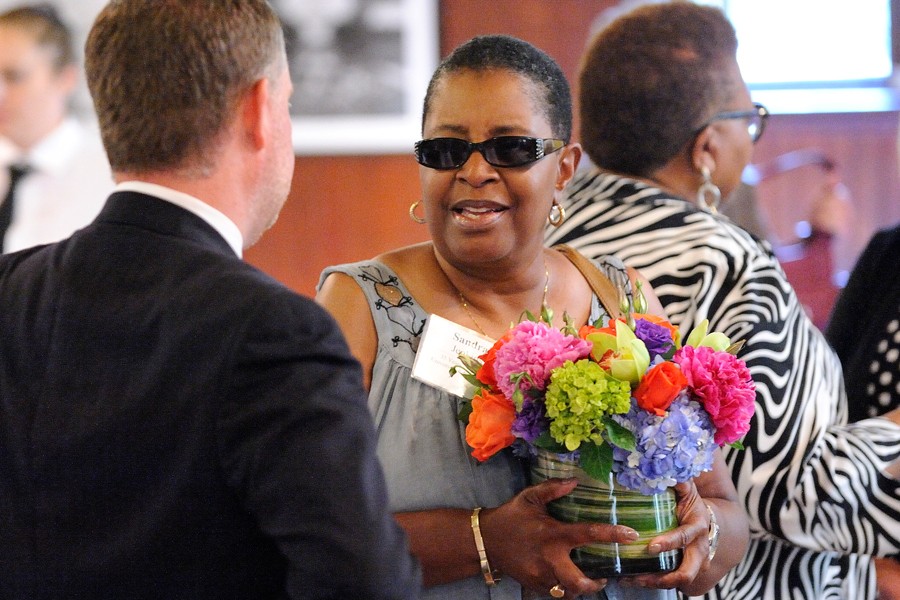 Previously, retirees had been recognized at the annual Staff Milestone Recognition Dinner, but the Office of Work, Life and Engagement decided it was important to specifically honor retirees and the life transition they were making, so the milestone event was split this year into two: a dinner for staff and a luncheon for retirees.

Over appetizers, a plated lunch, and dessert, Michelle Carlstrom, senior director of Work, Life and Engagement welcomed the retirees and introduced Heidi Conway, vice president for human resources, who congratulated them on having managed their benefits and finances to reach this point in their careers. Each of them—who had retired between July 11, 2015, and July 10, 2016—received a certificate noting their years of service to the university, which ranged from 10 to 49 years.

Ian Reynolds, director of WorkLife and Community Programs, shared responses that retirees had given to questions about changes during their tenure, professional accomplishments, and what they were most looking forward to in retirement. Among the respective answers: the transition from typewriters to computers, earning a new degree or certification, and drinking coffee at home while wearing pajamas—all of which added personalization and levity to the gathering.

When asked about the event, which also included a raffle of tickets and memberships to local attractions, Conway said, "I enjoyed recognizing the contributions of so many university employees. Retirees deserve our gratitude for their hours of dedication to the important work of Johns Hopkins."

Added Reynolds, "The luncheon was a perfect opportunity to strengthen our connections with employees and let them know about the university services and events available [to them] in retirement."