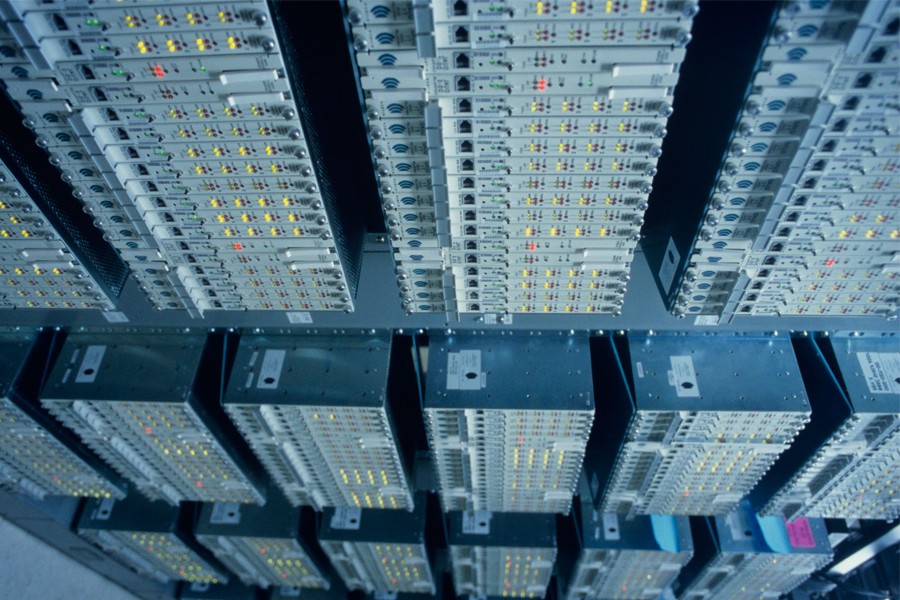 Behind many of the research projects coming out of Johns Hopkins is a foundation of raw data—often an overwhelming amount of it. But not all researchers realize there's an office here with the sole mission of helping out with all those facts and figures.

JHU Data Management Services was launched in 2011 to provide consulting and training for Hopkins researchers, guiding them through the nuts and bolts of organizing, documenting, and ultimately archiving their data. In that latter function, Hopkins stands out as being among the few universities in the country where a centralized, open-access data archive is offered—and where, for certain projects, researchers can now deposit their data for free.

Four consultants with extensive research backgrounds of their own make up DMS, which is part of the Sheridan Libraries' Entrepreneurial Library Program. Describing his team's purpose, Jonathan Petters says he often asks clients, "Have you ever worked with someone else's data before?" Then, "How was it?" Almost universally, he hears answers like this: "It was terrible. The researchers didn't document what they were doing," among other complaints.

DMS works to make that data sharing more seamless and productive. The services are especially relevant for proposals with federal agencies and foundations, which are increasingly enforcing more-stringent data policies. In fact, the Johns Hopkins office was created in response to the National Science Foundation's requirement, enacted in 2011, for every research proposal to include a data management plan.

"We're going to see more compliance with this at the federal level, the foundation level. Our unit is here to help researchers navigate that quickly," says Barbara Pralle, manager of DMS. "Not all researchers," she says, "have come through mentoring and educational experiences that have given them that insight."

In cases where the team can't help, it acts as a concierge, sending researchers to the right place at Hopkins. "Over the years, we've identified many of the units and the expertise out there across the entire institution relevant to research data," Pralle says.

On a broader level, the office aims to elevate researchers' understanding of data management throughout their careers. To that end, it offers monthly training sessions on best practices, both at Homewood and in East Baltimore. One example: how to remove identifying information such as names, addresses, or health information of research subjects before the data goes public.

Finally, there's the archiving service, which acts as an organized digital home for varied research that's come out of Johns Hopkins—right now, it includes studies on East Asian democracies, AIDS, and the Chesapeake Bay, among others. Any researcher in the world can quickly and easily access the data, along with relevant context about the studies, such as associated grants and publications.

And the DMS team wants researchers to know: The small data collection archiving service is currently free to use. Normally there would be a $1,600 fee for depositing these small (20GB max) projects into the archive, but that charge is being waived for the foreseeable future.

These types of data repositories are becoming more common, particularly at the federal level, as the norm shifts to broader access.

"Researchers for centuries had been sharing research through writing—books, journal articles," Petters says. Now there's demand for other research products such as digital data. "Research libraries [like ours] are filling the need," he says.