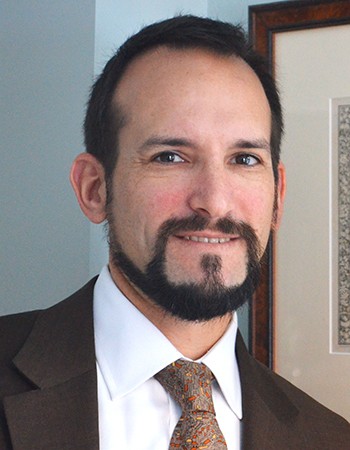 Seigel will serve as executive director of the university's 21st Century Cities Initiative, a new cross-disciplinary research program for urban study and change. Through it, faculty from across Johns Hopkins will work with government and the private sector to develop and test solutions to foster economic growth, increase opportunity, and transform neighborhoods.

The effort is focused on Baltimore but aims to help other cities nationwide and globally.

"We couldn't be more excited about the appointment of Ben Seigel," says Bloomberg Distinguished Professor Kathryn Edin, faculty director of the 21st Century Cities Initiative. "His past experience and personal commitments will greatly assist the position of Johns Hopkins as it seeks to become the place where the most innovative approaches to transforming and revitalizing cities are sparked, tested, and spread."

As an appointee at the Department of Labor, where he served as senior adviser in the office of Secretary Tom Perez and director of the department's Center for Faith-based and Neighborhood Partnerships, Seigel helped design and execute President Barack Obama's place-based initiative, a government strategy that tries to combine federal programs in a way best suited to the specific needs of certain neighborhoods, cities, or regions. He also helped lead the administration's job-driven training initiative, a multi-agency project crafted to better align federal job training programs with employer demand. Most recently, Seigel led the administration's Baltimore Federal Team, guiding senior-level staff across more than a dozen agencies and the White House to address challenges unmasked by last April's unrest after the death of Freddie Gray.

"Twenty-first Century Cities has established a bold vision to apply 21st-century tools and techniques like data analytics, collaboration across disciplines and systems, and coalition building with diverse communities to the greatest challenges facing cities," Seigel says. "I am excited to bring my experience working on these issues in the Obama administration to Johns Hopkins, a world-class research institution and an exemplary community anchor. As someone born and raised in Baltimore, I am honored to serve my native city in this new capacity."