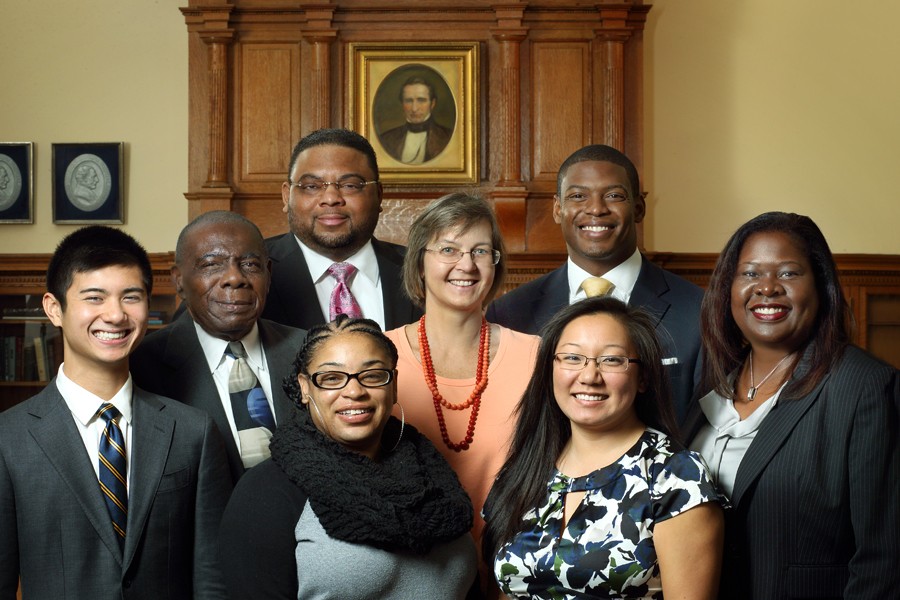 Four university and four health system employees will be honored with Martin Luther King Jr. Community Service Awards at the 34th annual commemoration of the civil rights leader to be held from noon to 1:30 p.m. on Friday, Jan. 8, in Turner Auditorium on the East Baltimore campus.

The university recipients and the work for which they are being recognized are as follows:

Joe Smith, director of Local Government Affairs in the Office of Government and Community Affairs, has been giving his time to help others for nearly half a century. His volunteer efforts have focused on the Bethel AME Church scholarship ministry and the Y in Central Maryland's Baltimore City Community Leadership Board. His 20 years of ministry work have provided critical mentoring and financial support to Bethel students; $40,000 worth of scholarships were distributed last year alone. Smith's six years of YMCA volunteering and fundraising also have supported mentoring, summer programs, and jobs for young people.

Kekoa Taparra, a doctoral candidate in the School of Medicine's Department of Radiation Oncology and Molecular Radiation Sciences, decided to dedicate his career to cancer research after 10 members of his family were treated for various forms of the disease. Now a fourth-year student in the Cellular and Molecular Medicine program, the native Hawaiian volunteers weekly at the Hackerman-Patz Patient and Family Pavilion, a housing facility for Johns Hopkins oncology patients and their families. As an elected council member of the American Association for Cancer Research, Taparra represented the organization recently in Washington, D.C., defending to policymakers the importance of National Institutes of Health funding. In addition, he has received grant funding to host a summer program for graduate students through the Biomedical Scholars Association, for which he is an active volunteer mentor and community service chair.

Annie Umbricht, an assistant professor in Psychiatry and Behavioral Sciences in the School of Medicine, since 2002 has been donating weekly primary care services for people visiting Shepherd's Clinic, a local nonprofit that serves those who can't afford commercial health insurance but who are ineligible for government assistance. At Johns Hopkins Bayview Medical Center, where she has a joint appointment in Internal Medicine, she helped open in 2009 the clinic's Joy Wellness Center, where patients can access integrative treatments—such as acupuncture, massage, and nutrition classes—not typically available to primary care patients, much less to the poor and marginalized.

The employees of the health system and the work for which they are being recognized are as follows:

Carla Beckford, manager of Employment Services at Johns Hopkins Bayview Medical Center, is the daughter of Jamaican immigrants, who, she says, instilled in her the values of education and a good work ethic—lessons she passes on by volunteering at the Maryland Business Roundtable for Education. In this work, Beckford visits various high schools in Baltimore to talk to students about the importance of education. "If I can get through to one child in that classroom, I've done my job," she says. She also serves as a mentor in the Big Brothers Big Sisters program, and uses her skills in human resources to facilitate resume training and job coaching classes for the unemployed through a program sponsored by her church. "Some people like to close up shop when they leave work, but I love what I do," says the five-year Johns Hopkins employee. "Through all of my volunteer work, the end goal is empowerment, knowledge, and self-determination."

April Holmes, a medication technician at Hopkins ElderPlus, says that for the past seven years, Thanksgivings at the Holmes house have been quiet: She is too busy volunteering, redistributing hot meals, and handing out food and clothing courtesy of the Bea Gaddy Family Center and the O'Donnell Heights Tenants Council. "I find it more rewarding to give back," she says. After work, Holmes also helps mind and feed children three days a week at the Boys & Girls Clubs of Metropolitan Baltimore's O'Donnell Heights branch. Every year, she spearheads a school supplies fundraiser; last August, that campaign distributed more than 300 book bags to students who may otherwise have started school unprepared.

Lee Keagle, application coordinator for Epic in the JHH Billing Department, says that as a Florida vacationer, she has made the 100-mile drive between Jacksonville and Daytona Beach numerous times. Last April, however, she biked that route while making an eight-day trek from Baltimore to Key West, Florida, as part of the Ulman Cancer Fund for Young Adults' Key to Keys fundraiser. Her 34-member team, including seven cancer survivors, raised more than $150,000 in support of the organization's programs for young adults battling cancer. Keagle got involved with the Baltimore-based nonprofit as a triathlete and marathon runner. Now, she coaches women who want to get into those forms of racing through the Iron Girl Training Program. "It's rejuvenating and special to see these women—many of them cancer survivors—cross the finish line after working so hard," she says. Keagle is also part of B-More Engaged, a local Meetup group that brings young professionals together to volunteer. Activities include harvesting crops at a local farm, cleaning and repainting city classrooms, serving breakfast to homeless veterans, and cooking meals at housing facilities for families of Johns Hopkins patients.

Corey Williams, manager of IT Clinical Operations and the eRadiology Center at the Johns Hopkins Hospital, credits the influence of his father, Ted, an earlier MLK award winner, with building his sense of community commitment. During the 22 years he has worked at Johns Hopkins, Corey Williams has volunteered for various programs sponsored by his church, including helping to build a senior home for widowed members of the congregation and a new child care center for low-income families in Edmondson Village. His affiliation with Choo Smith Youth Empowerment, an organization dedicated to facilitating positive growth in the lives of Baltimore youth, began when his daughter attended the group's basketball camp; most recently, he served as co-chair of the fundraising committee. His dedication to empowering and motivating youth also carries into his work at Johns Hopkins, where he co-leads the Dunbar Young Scientists in Training program, an eight-week summer session that provides students at Paul Laurence Dunbar High School with hands-on experience and exposure to health care careers. 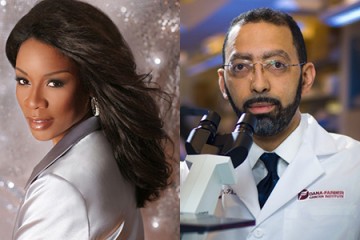