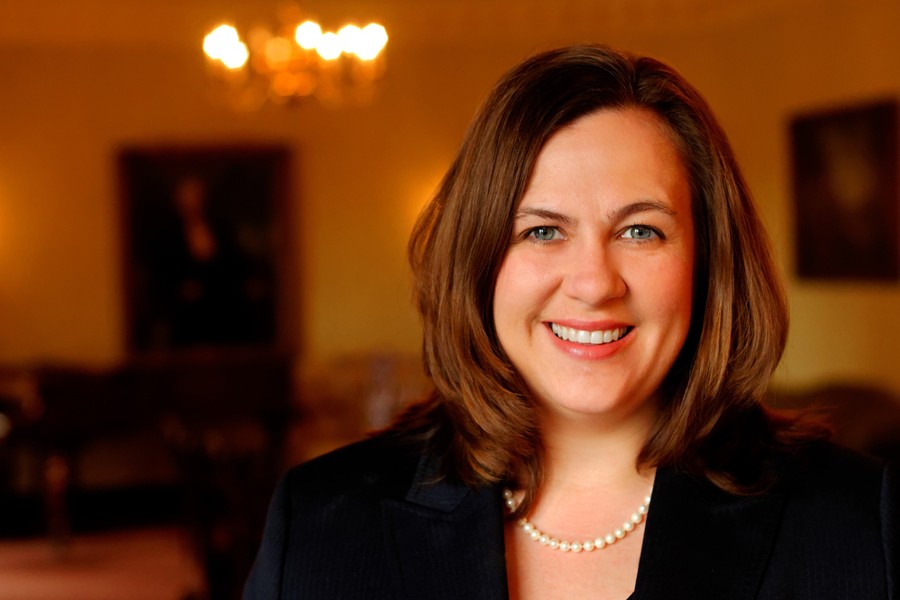 In making the announcement, Peabody Dean Fred Bronstein said that Bush will have responsibility for bringing together the academic and applied areas of the institute and, in that capacity, "will oversee faculty and curriculum while helping lead the ongoing development and implementation of a reinvigorated conservatory model that is financially sustainable, supports an increasingly selective professional program, and strengthens the relationship between the Conservatory and the Preparatory to better serve all of our students."

Most recently, Bush has served as director of the Music Division at the Boston Conservatory, where she shaped the strategic vision for the division, established the Master of Music degree in contemporary music performance, created a Student Learner Outcomes Assessment program, developed and implemented a faculty review and evaluation procedure, and formed partnerships with WCRB public radio, the Boston Modern Orchestra Project, and the China, Shenyang, and Shanghai conservatories. She also chaired key search committees and served on the strategic planning committee, the board of trustees' Curriculum Subcommittee, the president's cabinet, and the Academic Planning Committee for the proposed Boston Conservatory/Berklee merger.

Previously, Bush was assistant dean of academic affairs and director of assessment at the Eastman School of Music. In that role, she managed all aspects of undergraduate student advising, change of status, satisfactory academic progress, and the dual degree program. She also developed the Eastman Study Skills program to better support at-risk students, resulting in a 14 percent increase in retention rates and the six-year graduation rate for undergraduates. She taught earlier at Concordia and Kenyon colleges, and is trained as a Title IX Certified Investigator.

A soprano, she made her professional opera debut as Drusilla in L'incoronazione di Poppea at Opera Columbus with Boston Baroque. Her operatic roles encompass works from all periods of opera, including Paix in Les Arts Florissants, Susanna in Le nozze di Figaro, Lauretta in Gianni Schicchi, Michaëla in Carmen, Nannetta in Falstaff, Gretel in Hänsel und Gretel, and Laurie in The Tender Land. Her singing awards include first prize in the state and regional National Association of Teachers of Singing Artist Awards, and she was a semifinalist in the national NATSAA Competition in 2004.

"With her unique combination of musical training and academic experience both as faculty and in administrative leadership positions, Abra comes to Peabody with a keen understanding of the landscape facing conservatories today and the knowledge and skills to help shape and implement a 21st-century vision for Peabody's future," Bronstein said.

Bush's appointment, he said, is the culmination of a robust national search and completes the new administrative leadership team at Peabody.