The Julian S. Smith Professor in Electrical Engineering and director of the Center for Language and Speech Processing returns to his alma mater in the Czech Republic 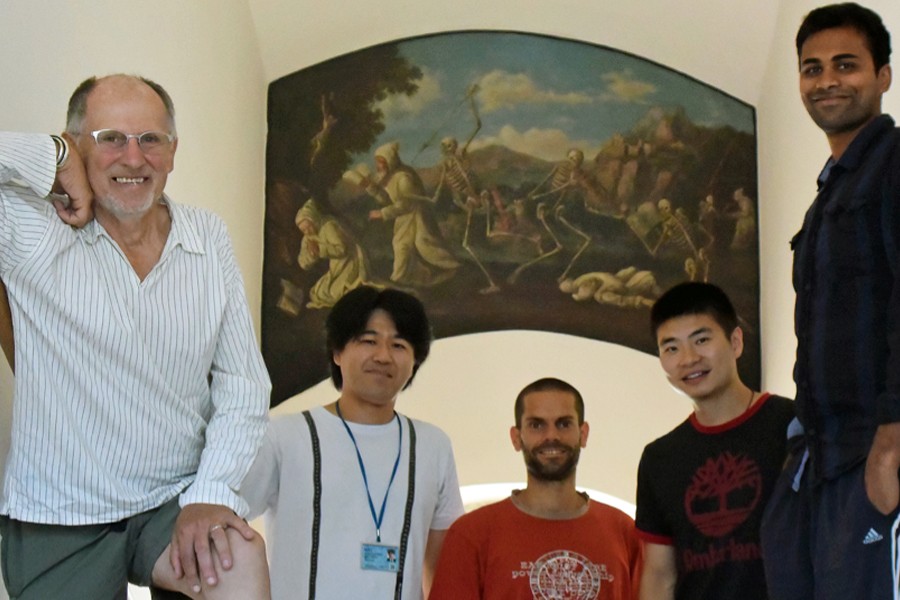 When the opportunity came for taking my sabbatical leave, it was not difficult to decide where to spend most of it. One of the best research groups in the world working on recognizing speech is now located in my former alma mater at Technical University Brno, Czech Republic. Since a change in the political system there more than 20 years ago, I have been part of their struggle to succeed—however, working with them mostly from a distance.

Suddenly, in addition to my shorter working visits to Hebrew University in Jerusalem, Afeka College in Tel Aviv, and Pierre and Marie Currie University and École Normale Supérieure in Paris, I can daily roam the Brno building that originated as a 13th-century monastery, which I remember as a student from the late '60s of the last century. I can meet my former professors, some of whom are still around, as well as work with my former students from my previous life at the Oregon Graduate Institute, who are new faculty members in Brno now.

One of them is Professor Pavel Matějka, in the center of the photo, shown together with a friend and colleague of mine from another part of my former life, Professor Tesuji Ogawa from Waseda University in Tokyo, and my current JHU students Ruizhi Li and Harish Mallidi. We are all standing in front of a famous painting that decorates the building since its time as a monastery, reminding all of us to use the time on this earth well.

Lucky me—during this sabbatical year, I feel I certainly am.