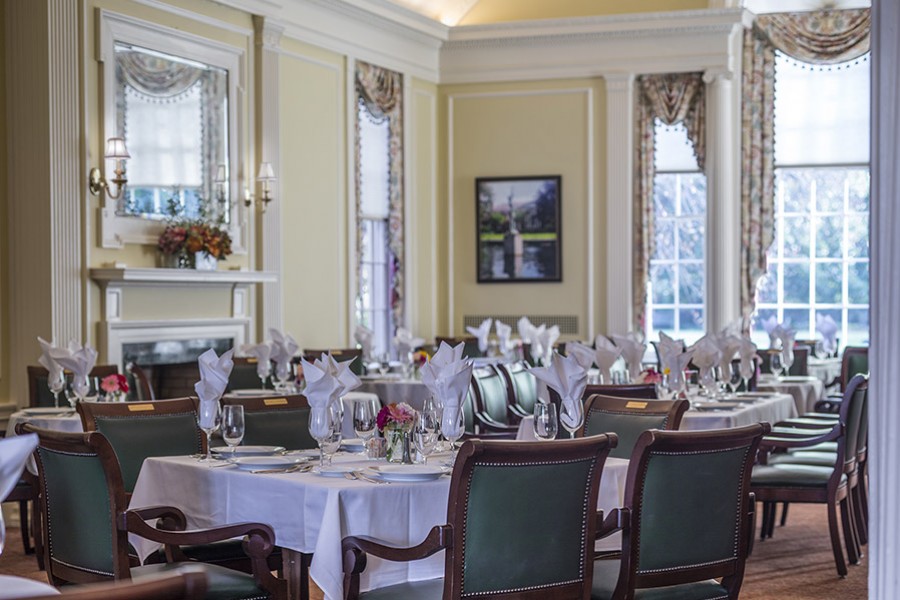 After a trip to New Haven in the late 1800s, historian Herbert Baxter Adams came back to Johns Hopkins University with a sense of inspiration. He'd spent time at the Yale Graduates Club, a private social hub for alumni and graduate students there, and he wanted to replicate the model at Hopkins. Adams believed a central gathering spot, a place for conversation and drinks and dining, could serve as an antidote for the isolating effects of academic research. 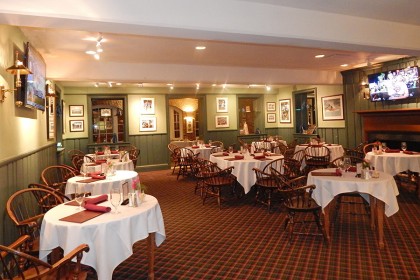 Image caption: The tap room of the Johns Hopkins Club

Adams' vision persists today in the Johns Hopkins Club, a stately Georgian building on the grounds of the Homewood campus that showcases elegant dining rooms, social lounges, and a spiraling marble staircase. But today the membership-based social club, like many of its counterparts across the country, is facing something of an identity crisis.

Steeped in tradition, and catering primarily to an older clientele, university clubs—and moreover, private clubs in general—are struggling with unprecedented declines in membership numbers and revenue. It's widely understood that the key to survival will be attracting new, and particularly younger, members.

At the Hopkins Club, the majority of the 3,000-some members today are over 60 years old, according to Cem Baraz, the club's longtime general manager. While the club wants to maintain and satisfy that support base, it's also critical to develop new strategies for boosting membership, he says.

To that end, the Hopkins Club has been proactively making a number of changes, from a newly launched website to extensive physical renovations and a plate of offerings catering to the 40-and-under set. "We're trying new things to create more excitement," says Baraz.

It's a mindset university clubs across the country are embracing by necessity, says John LaRocca, president of the board of the Association of College and University Clubs. LaRocca says he's seen clubs innovate their offerings, testing out "functions that excite and interest a wide variety of members" like wine tastings and farm-to-table seminars.

At the Hopkins Club, the events calendar now includes options such as painting-and-wine parties and cooking demonstrations, in addition to traditional events such as Mother's Day luncheons and a "Lunch and Lecture" series. (A few years ago, at the initiation of university President Ronald J. Daniels, the club also started offering Jazz at the Johns Hopkins Club in conjunction with the Peabody Institute.)

The club is also trying to keep up a fresh appearance, spending $500,000 in interior upgrades in recent years, according to Baraz. That includes a few planned for this August: improvements to the club's lower-level lobby and dining rooms, and a new bar area in the porch of the taproom. (Starting this fall, the taproom also will be opening for new Saturday hours.)

To reduce the barriers to membership, the club has also restructured some options for joining and dues. Effective July 1, there's an expanded "primary member" category open to those under 40 (it used to be 30), with an initiation fee of $230 and annual dues at the same cost. That age group will also get another new option: paying annual dues of $125 for the reduced "luncheon membership," especially useful for those frequenting the Homewood campus.

Behind the curtain of many of these recent changes is a new marketing director, Lindsay Sawyers, who came to Hopkins with experience in advertising work for the WBAL radio station and event planning. She started in the newly created position last fall.

Sawyers acknowledges that updating the 1899-created club to new tastes can be a tricky balancing act. "Older individuals, including baby boomers, form a massive customer base and are a vital group to reach, while young professionals, including the millennials, are the next big doers and leaders and are the largest generation yet," she says. "Neither group can be ignored."

LaRocca at the Association of College and University Clubs notes that of all types of clubs (including country clubs, city clubs, and tennis clubs) facing financial and membership dilemmas right now, "university clubs actually are in a little better position because there is a built-in audience" with faculty, staff, and alumni.

And the age-old purpose of the university club--for social interaction--still holds relevance today for some younger members. Chris Brown, a 34-year-old member of the Hopkins Club, says he joined precisely for that reason. "I want to connect with past graduates and essentially network and bounce ideas off each other," says Brown, who earned his master's degree in real estate development at the Carey Business School in 2012.

Brown says he visits the club a handful of times a year, mostly to eat lunch or dinner, and appreciates that he can establish a social base there. "It's not like a restaurant, where you're just in and out," he says.

For more information about the Johns Hopkins Club, click here or email jhclubofc@jhu.edu.