Sarah Hoover joins the Peabody Institute as special assistant to the dean for innovation, interdisciplinary partnerships, and community initiatives. 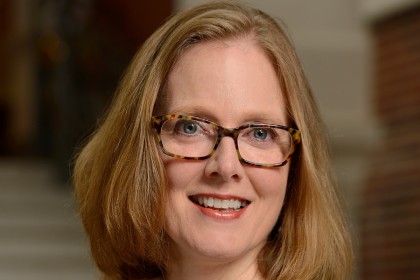 In this newly created executive role, Hoover will oversee the development of interdisciplinary programs in partnership with other Johns Hopkins divisions, the advancement of Peabody's online capabilities and academic opportunities, and the development of community engagement initiatives and partnerships.

Hoover was previously an assistant professor of music at Hofstra University and also served from 2012 to 2015 as executive director of the Oyster Bay (N.Y.) Music Festival, which she co-founded. She is the eastern region president of the National Association of Teachers of Singing.

A graduate of Yale University, Hoover earned her Doctor of Musical Arts in Vocal Performance degree from Peabody.