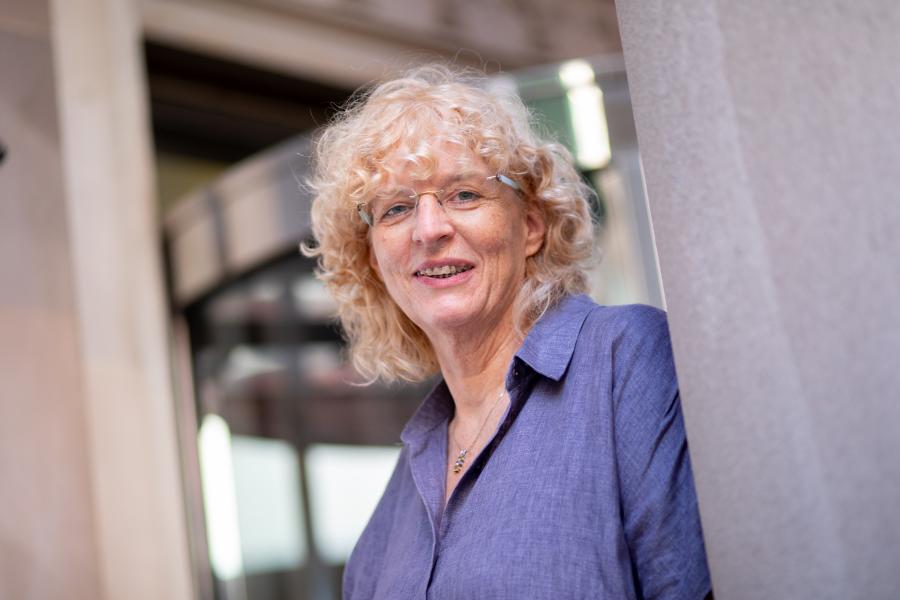 With a background blending immunology, veterinary medicine, and infectious disease, Baumgarth serves as inaugural director of the Lyme and Tickborne Diseases Research and Education Institute

Passion—for science, for data, for research—has always been the driving force in Nicole Baumgarth's career. Baumgarth wanted to be a veterinarian for about as long as she can remember. Soon after beginning her studies, however, she realized that while most of her peers were rushing to try to get clinical experience, she was more excited by studying microbiology and pathology in a lab.

"In clinical work, there are limitations of what one can do, and how many questions one can ask," says Baumgarth. "It always has to be seen in the context of the patient and the urgency with which the patient needs to be treated. You cannot wait to start treatment until you're one hundred percent sure of what's happening, because at that point, it will be too late. So you rely on your experience and your instincts. For me, as somebody who is very logical and needs a lot of data, this was unsatisfactory."

Baumgarth started working with an immunologist as an intern in a microbiology department, and says she was hooked.

Today, Baumgarth is an expert on infection with Borrelia burgdorferi, the causative agent of Lyme disease. She investigates the immunological mechanisms that regulate and control immunity to pathogens, including Lyme disease and influenza virus infection. Specifically, Baumgarth aims to reveal signals that drive the response of B cells, and how these responses are derailed by pathogens.

"We study regulatory processes to compare successful and unsuccessful immune responses," Baumgarth says. "While studying influenza virus teaches us a lot about what an effective immune response looks like in the human body, we study infections with Borrelia burgdorferi to try to learn more about what happens when the immune system is derailed by an infection and does not function as it should."

Lyme disease affects more than 450,000 people in the U.S. every year. It is spread when blacklegged ticks feed on animals—most commonly mice—that carry Borrelia burgdorferi, and then bite humans, transmitting the bacteria. Common symptoms include fever, headache, fatigue, and skin rash, though if left untreated, the infection can spread to joints, the heart, and the nervous system. Interestingly, in mice, while infection with the bacterium Borrelia burgdorferi cannot be cleared, it does not cause overt disease. For this reason, much of Baumgarth's research focuses on mice. Rather than a curiosity solely in how mice are able to avoid infection, however, Baumgarth is interested in the potential knowledge it could unlock about humans.

"The immune system of the mouse and that of humans are actually more similar than they are different," Baumgarth explains. "We hope that studying the immune response in mice may tell us what might be getting derailed in humans. If we can find the targets of the bacteria-induced immune suppression, this could lead to the development of therapeutics that could help us clear the infection without the use of antibiotics, or in conjunction with antibiotics to more effectively eliminate the bacteria."

"My interdisciplinary background gives me a holistic view of the disease and all of the different parts of the body that are involved," Baumgarth says. "In order to understand the immune system, you have to understand what each organ of the body does, how they interact with immune cells, and how the immune cells affect each organ. The goal of immunology is to understand disease—how to protect ourselves from it, how to clear an infection, and how to repair the damage caused during the infection. Physiology and pathology are integral components to understanding this. I think veterinarians have a lot to contribute to basic research, having this sort of knowledge."

"When I first arrived at UC Davis, there was a very small immunology community," Baumgarth says. "The graduate program has since become a highly active and well-respected program at the school. What I'm most proud of, however, is that this program is not just generating excellent research, but that its students are happy, feel supported, and are able to achieve what they want to achieve. Graduate school makes up a significant portion of a young researcher's life, and is an incredibly important step in their career, and I think it's crucial that students are given the resources they need and that they feel supported both in the program as well as in their decision making of what they want to do after they complete it."

Baumgarth hopes that her experience building up the program will translate into similar success as the founding director of the Lyme and Tickborne Diseases Research and Education Institute at Johns Hopkins University. The institute aims to address the urgent public health threat Lyme disease poses with a comprehensive solution driven by science by studying how the disease originates and spreads to humans, and to translate the knowledge gained into policies for containment and eradication. The institute will provide research training and public outreach focused on Lyme disease and other tickborne diseases.

"This is a rare opportunity to build up something new, and it will require a lot of thought and intentionality," says Baumgarth. "I'm less interested in doing something fast as I am in doing something right. My hope is that I can build up this institute with a really solid foundation grounded on excellence and research, with the goal of supporting public health, public education, and student education. We've seen how misinformation can be incredibly detrimental to public health, and I fear that there are a lot of myths about Lyme disease. My hope for this institute is that we can contribute to the scientific foundation to put into context what is currently known, and what might still be unknown, about Lyme disease, to have a positive impact on public health."

Baumgarth looks forward to the clean slate her move to Johns Hopkins will give her research.

"Every now and again, especially in science, you have to do something new," Baumgarth says. "It's easy to become constrained in what you allow yourself to think, and sometimes it is being in a space of 'not knowing' that allows you to be completely uninhibited and make an impact. Sometimes the knowledge we have leads us in the wrong direction, so coming in with a fresh pair of eyes can be a real advantage that allows important new observations. Coming to Johns Hopkins gives me a fresh start to be curious, ask different questions, and engage in exciting conversations with new colleagues, at a university where top science is being done. I'm really looking forward to the newness and being challenged in that way."

"Nicole Baumgarth's interdisciplinary focus makes her the perfect fit as a Bloomberg Distinguished Professor and director of the Lyme and Tickborne Diseases Research and Education Institute," says Sunil Kumar, Johns Hopkins University provost. "Additionally, her commitment to building a strong program to teach and train the next generation of scholars assures that future immunologists will continue to make important discoveries at Johns Hopkins and across the globe."

"I feel incredibly lucky that I am able to be a scientist and play in the lab—because when it works, that's what it feels like: playing."

"Dr. Baumgarth has impressed and inspired our school community with her passion and vision," says Ellen MacKenzie, dean of the Bloomberg School of Public Health. "She is dedicated to collaborative work that will answer basic biological questions about tickborne diseases and turn that new knowledge into effective public health policies. With her leadership, the institute will make a profound impact on this prevalent but understudied health issue."

"I couldn't be more pleased to welcome Dr. Baumgarth to Johns Hopkins," adds Theodore DeWeese, interim dean of the Johns Hopkins University School of Medicine and interim CEO of Johns Hopkins Medicine. "Her research has significantly helped us begin to understand the mechanisms of Lyme disease. As the founding director of Lyme and Tickborne Diseases Research and Education Institute at Johns Hopkins, Dr. Baumgarth will continue her important work to unlock the mysteries of a disease that continues to challenge the entire field of medicine."

Years after her time as a graduate student that launched her impactful research career, Baumgarth says one of her favorite parts of her job is working with graduate students and seeing a similar passion in them that has accompanied her throughout her life.

"I'm inspired by the science and by the students," Baumgarth says. "Some of the highlights of my days are when students come to my office to ask questions, and I get to see them making a realization, or when they come in having found something interesting, and they build up a story to lead you through it and it's just thrilling to listen to. I haven't lost this excitement for science, and that's the aspect of my work that I really love. I feel incredibly lucky that I am able to be a scientist and play in the lab—because when it works, that's what it feels like: playing."

Baumgarth earned her clinical degree in veterinary medicine and a PhD in microbiology from the School of Veterinary Medicine in Hanover, Germany. She conducted postdoctoral research at the Walter and Eliza Hall Institute and the Queensland Institute of Medical Research in Australia, as well as at Stanford University.

As a Bloomberg Distinguished Professor, Baumgarth joins an interdisciplinary cohort of scholars working to address major world problems and teach the next generation. The program is backed by a gift from Michael R. Bloomberg, a Johns Hopkins alumnus, founder of Bloomberg LP and Bloomberg Philanthropies, World Health Organization Global Ambassador for Noncommunicable Diseases, United Nations Secretary-General's Special Envoy for Climate Ambition and Solutions, and 108th mayor of New York City. 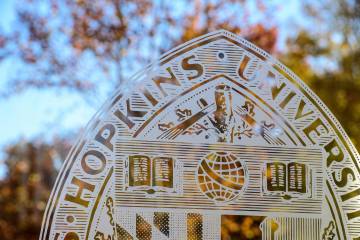 Published Dec 14, 2021
Additional 50 scholars will join the university, primarily in crucial fields such as artificial intelligence, the health effects of climate change, racial equity, neuroscience, and pandemic preparedness and response