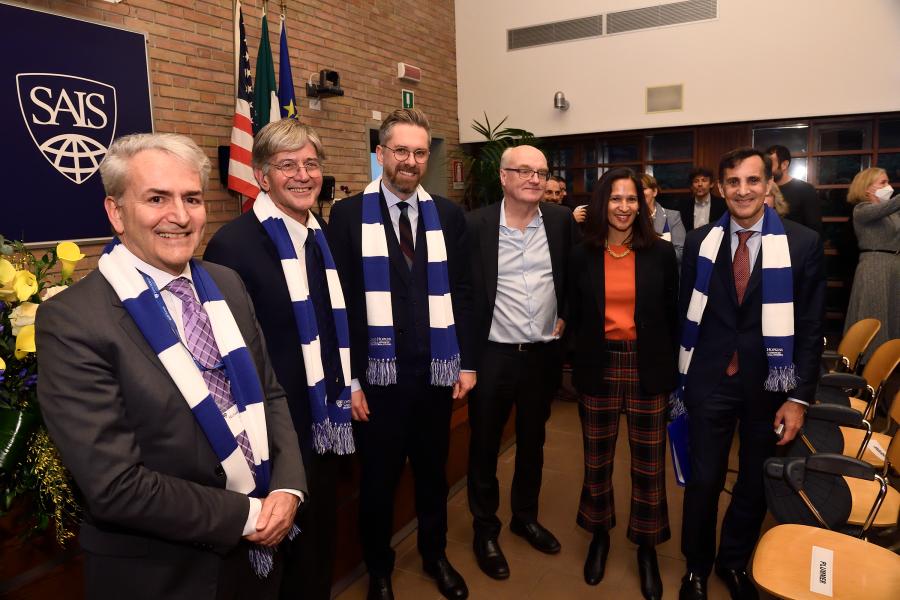 The gift from philanthropists James and Morag Anderson will allow the Johns Hopkins campus in Bologna, Italy, to expand its footprint, increase the size of its faculty, bolster cross-disciplinary collaboration, and better support talented students from around the world

Last week's news of a transformative gift of $100 million from philanthropists James and Morag Anderson to Johns Hopkins University's School of Advanced International Studies' Europe campus in Bologna, Italy, made headlines and garnered reactions across Italy and around the world.

The gift, the largest-ever to a private university in Italy, will allow Johns Hopkins to expand its SAIS Europe campus in Bologna into an international hub for research and collaboration, bringing together leading academics and practitioners around the globe to train the next generation of international experts, offer multidisciplinary solutions to global problems, facilitate scientific and technological research on public policies, and work toward peace and democratic development. 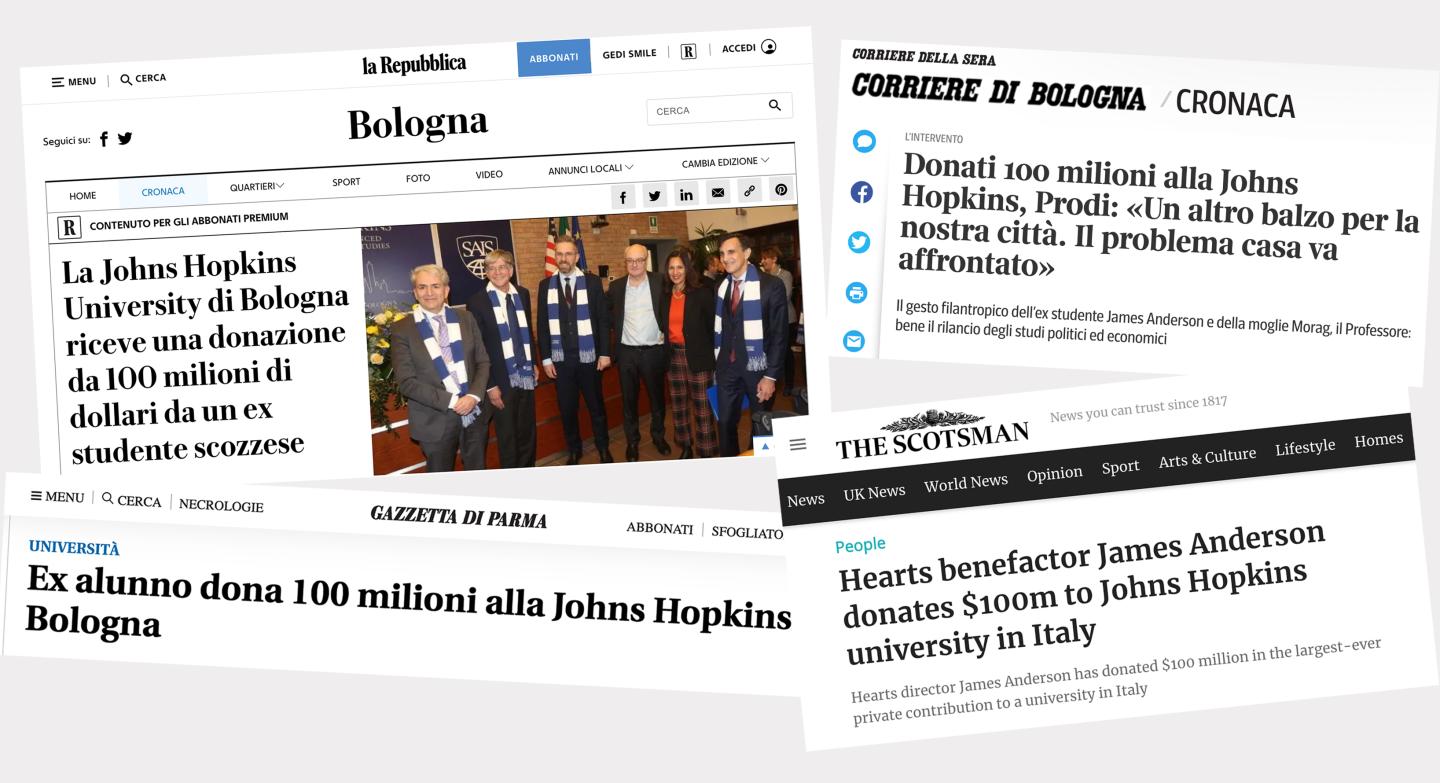 The gift was announced Friday during an event at the Bologna campus attended by students, faculty, and staff. 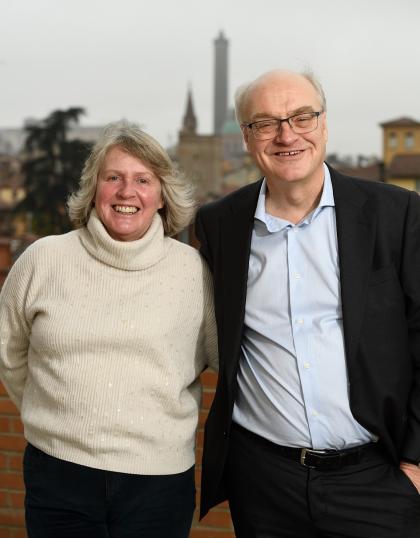 "I am immensely grateful to James and Morag for their commitment to SAIS and to Johns Hopkins and for their belief in the unique role that universities can play in shaping and strengthening democratic society around the world," JHU President Ron Daniels wrote last week in a message announcing the gift to the Hopkins community. "The Andersons have long made philanthropic investments in students, faculty, and facilities at SAIS Europe, including support for the renovations of the beloved Bologna headquarters space that so many generations of scholars have called home. This most recent gift will set SAIS Europe on a new trajectory, drawing every corner of our university together to cultivate new ideas, to shape ambitious policies, and to educate tomorrow's leaders."

Added SAIS Europe Director Michael Plummer in a message to alumni of the Bologna campus: "The Andersons' transformational gift—unprecedented in the life of SAIS—comes at a moment in which the world is demanding new solutions and approaches to 21st century global challenges. Our vision for the future of the school has one overriding goal: keep our programs and research relevant and at the forefront of the international debate."

To do so, SAIS Europe will: 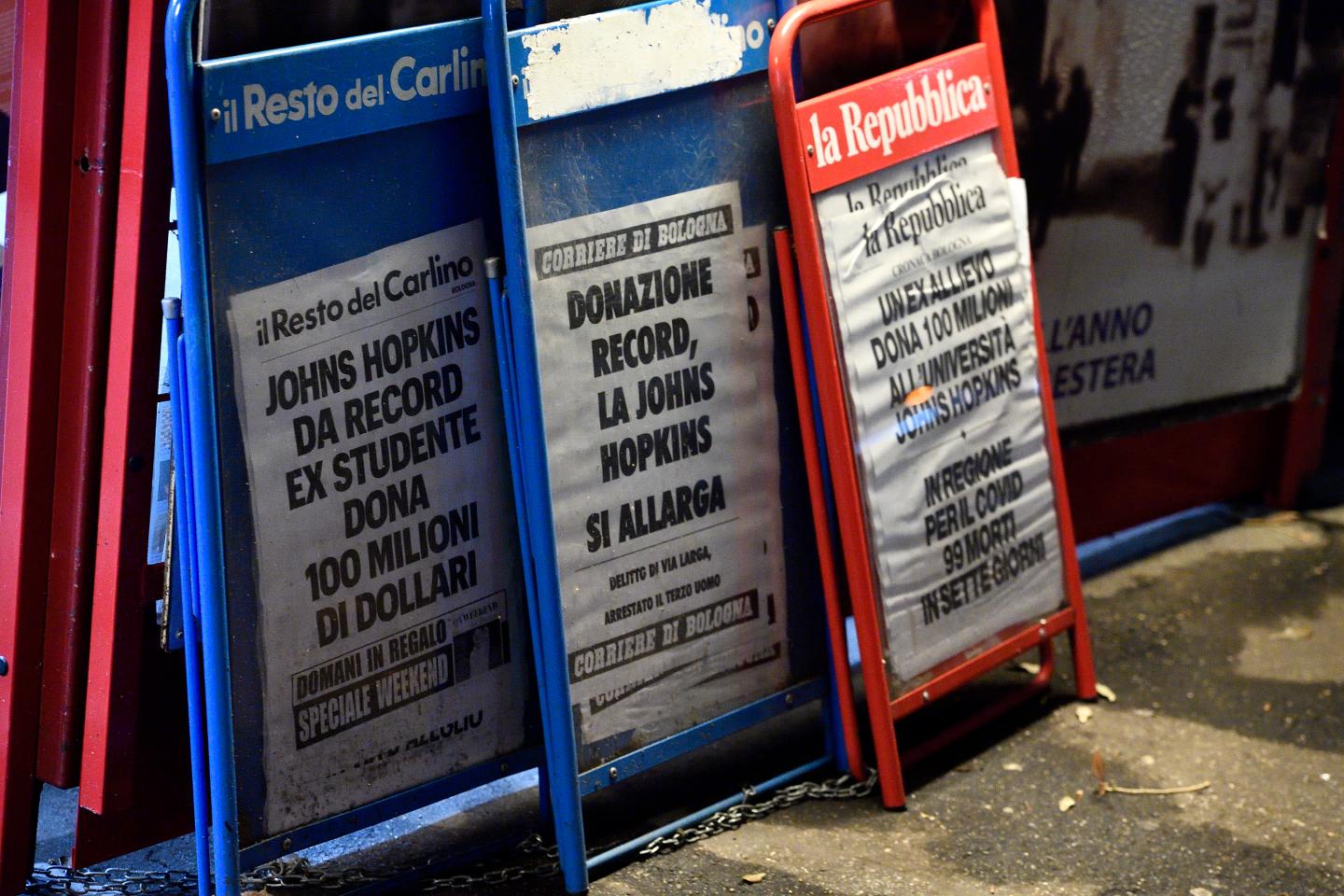 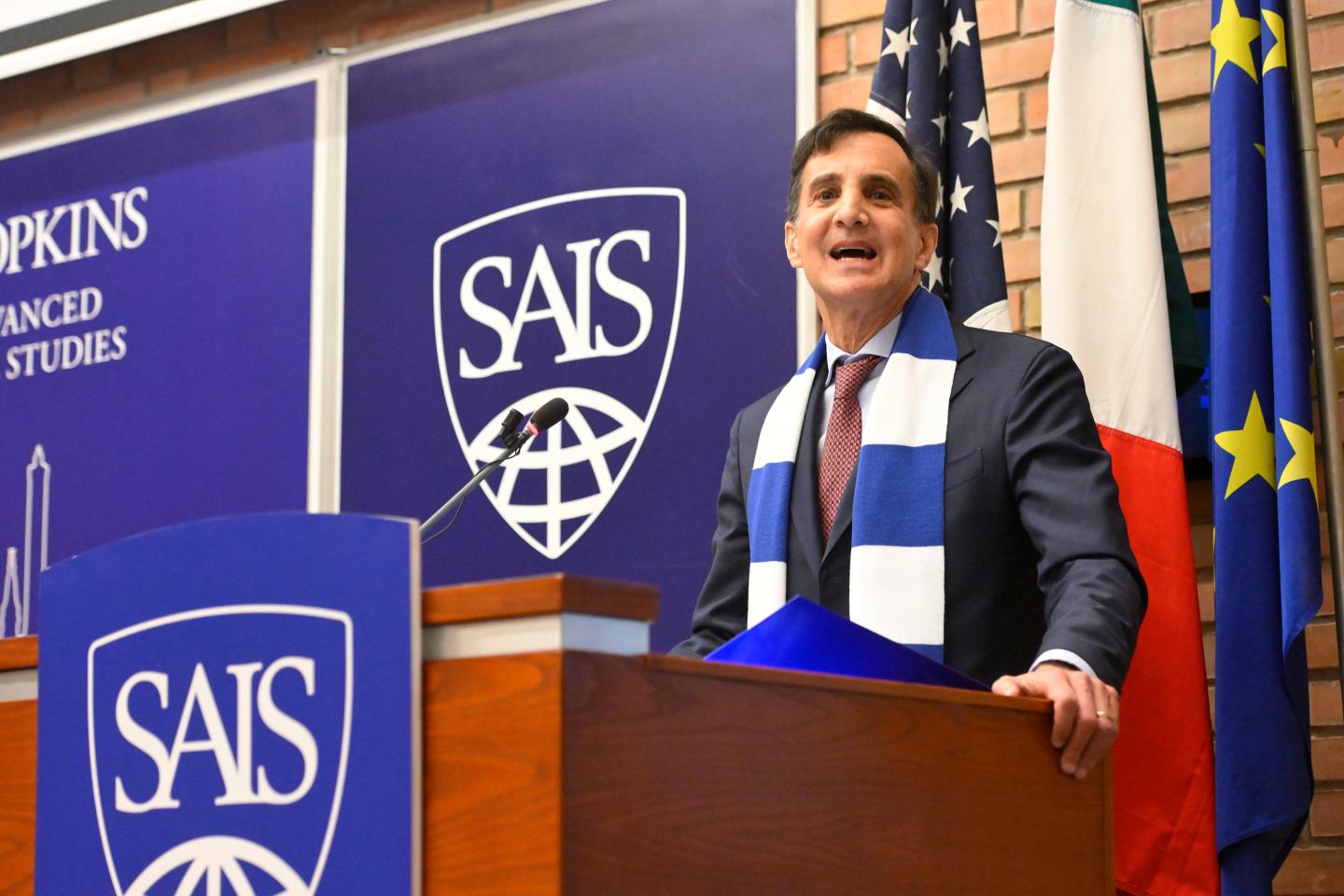 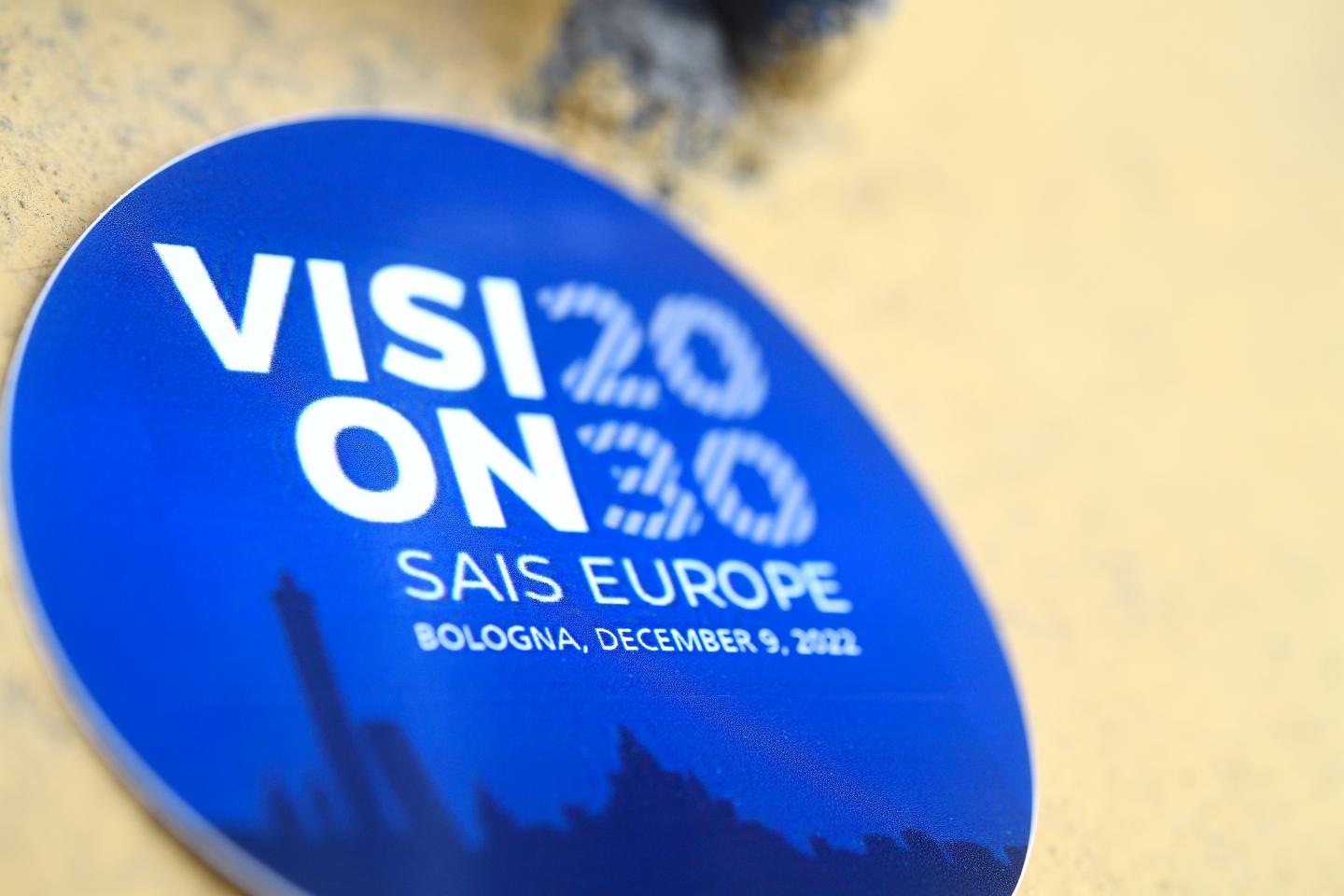 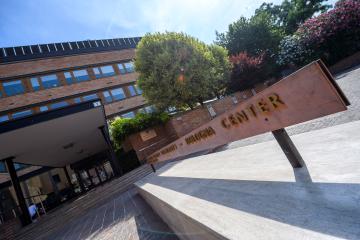 Published Dec 9, 2022
The gift from philanthropists James and Morag Anderson will transform SAIS Europe into an international hub for research and collaboration