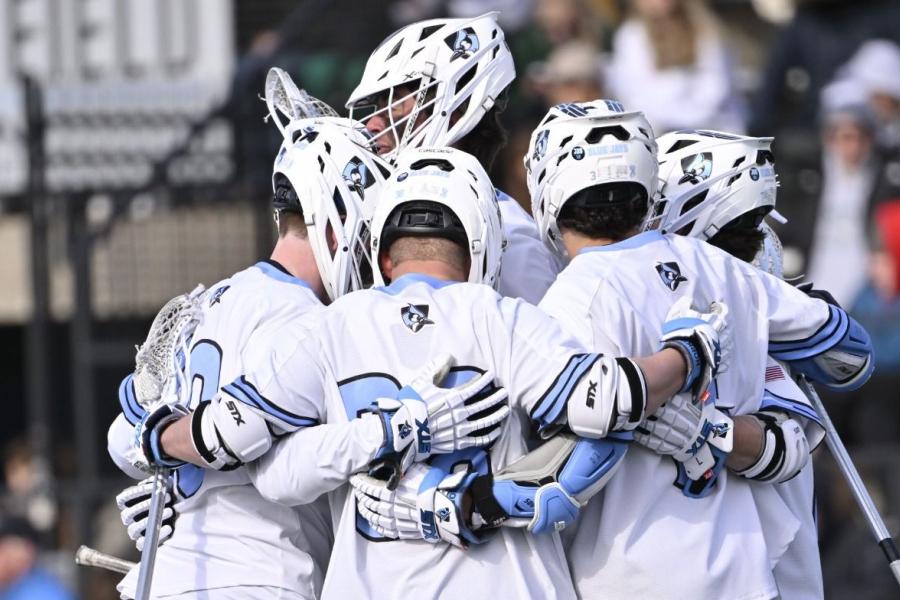 Blue Jays open on Feb. 4 at Jacksonville, face seven teams that took part in the NCAA tournament a year ago

The Blue Jays, 7-9 a year ago, face seven teams that participated in the NCAA tournament last season, including the defending national champion Terrapins. Hopkins will also host the Big Ten tournament semifinals and championship on May 4 and 6.

Final game times for several games and television schedules will be announced at a later date. In some instances, the schedule announced today notes the weekend on which a game will be played, but the exact date has not been finalized.

"We are fortunate to have the opportunity to play the most challenging schedule in the nation, and I believe that is evident in the 15-game schedule we've put together for the upcoming season," Hopkins coach Pete Milliman said. "We continue to maintain some of the greatest rivalries in our sport, have added exciting new games, and will of course be challenged in league play."

After a scrimmage at Homewood Field against Denver on Jan. 28, the Blue Jays will officially open the 2023 season at Jacksonville on Feb. 4, then kick off their home schedule on Feb. 11 against Georgetown.

Hopkins opens Big Ten play on March 25 or 26 at Michigan. As they have the last two years, all six teams in the Big Ten will qualify for the 2023 Big Ten tournament. The top two teams in the final league standing will earn a bye into the semifinals with the teams that finish third through sixth playing quarterfinal games on April 29.

As they have every year since 2006, all Johns Hopkins home games will air on the ESPN family of networks. While that exact schedule has not been finalized, any games that do not air live on ESPNU will air live on ESPN+; the ESPN+ broadcasts will then air via tape delay on ESPNU, generally within 24 hours. Television schedules for away games will be announced when available. Games not available on TV will be streamed live by the host school.