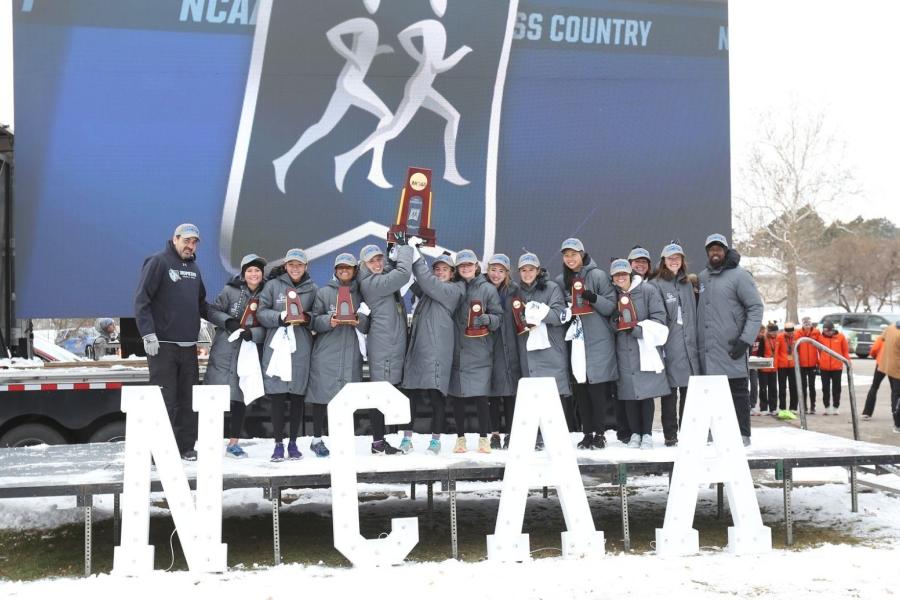 Alex Ross, Sara Stephenson finish among top 10 to help the Blue Jays hold off UChicago for their eighth title in the past 10 seasons

The Johns Hopkins women's cross country team extended its recent run of dominance on Saturday, winning its eighth NCAA Division III championship in the past 10 seasons on a snow-covered course in East Lansing, Michigan.

The Blue Jays had two runners finish in the top 10—graduate student Alex Ross placed fifth in 22:05.8, and senior Sara Stephenson took eighth in 22:11.4 on the 6-kilometer course—and narrowly held off the University of Chicago. Hopkins finished with 144 points, and UChicago had 147.

Of JHU's eight titles since 2012—no champion was crowned in 2020 due to the COVID-19 pandemic—this one was perhaps the most unexpected. The Blue Jays came into the meet ranked fourth among DIII teams.

"I am just so proud of this team," Hopkins coach Bobby Van Allen said. "The energy and optimism was so high all year and they really executed the game plan to perfection today. Alex and Sara have been rock solid all year and both were simply amazing to give us such a low score up front."