The students received $5,000 for their work on Dynamic Brace, a simpler and more comfortable brace to treat kids born with clubfoot 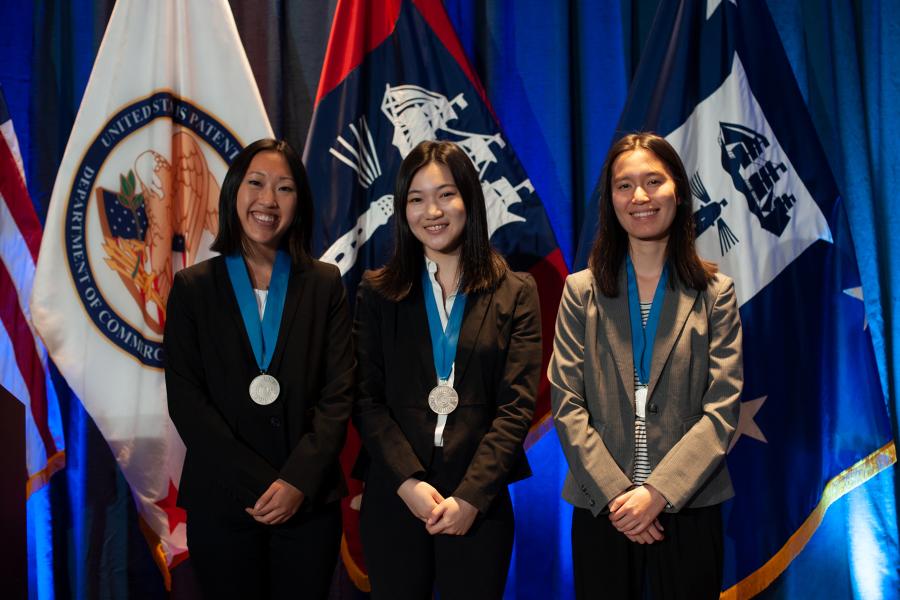 To apply the brace, which is shaped like a sock and made of light plastic, caregivers wrap it around the child's foot and align it into the correct position. Then using a coordinating handheld pump, polystyrene beads inside the fabric compress to hold the foot in place like a cast. The brace comes off easily by releasing a valve so that the boot relaxes. Getting the boot on and off takes less than five minutes, compared to traditional boots where it can take as long as 15 minutes.

The traditional treatment for clubfoot involves wearing boots connected together by a metal bar, which helps the condition but makes it hard for kids to move around.

The students presented their brace along with four other undergraduate finalist teams during the competition at the United States Patent and Trademark Office Madison Building in Alexandria, Virginia on Oct. 12. This year's winning undergraduate team was from Clemson University.

"We are humbled, grateful, and honored to win this award among so many innovative projects," said Yamagata. "This award gives us another reason on our growing list to push as hard as we can on moving forward with the brace."

The students developed the idea for the brace during an engineering design course and are considering pursing a patent. 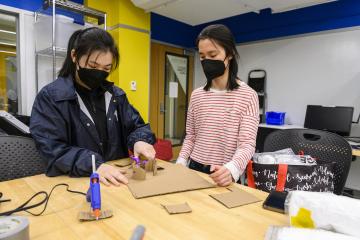