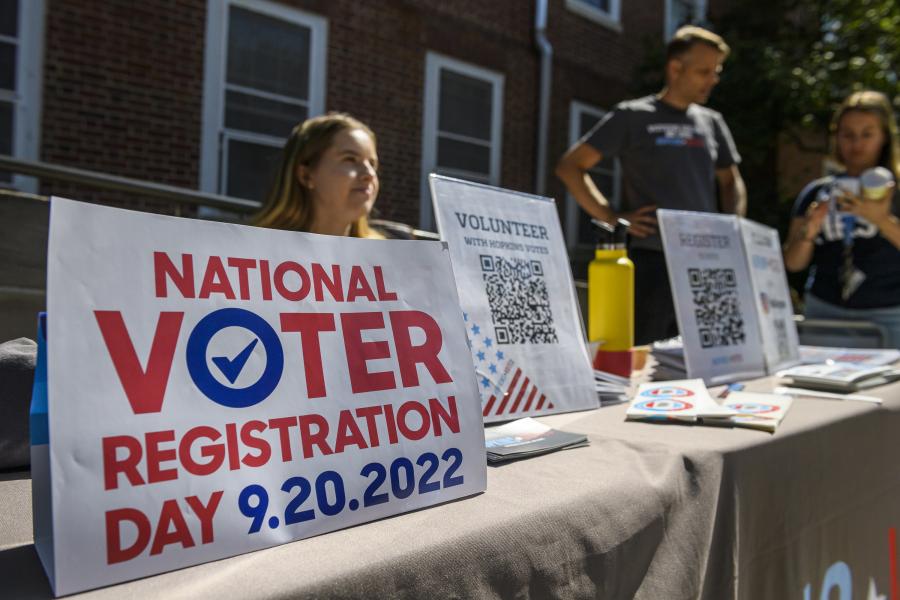 'Every voice matters when it comes to elections'

A record-setting 66% of college students across the U.S. turned out to cast their ballots in the 2020 presidential election, shattering outdated notions about the voting habits of young people. This slice of the American electorate, representing some of the youngest people eligible to cast their votes, nearly outpaced the national voter average of 67%.

But midterm elections generally see a drop in voter participation—a trend Johns Hopkins hopes to reverse in 2022 through its Hopkins Votes initiative overseen by the university's Center for Social Concern. To help keep Johns Hopkins students informed, registered, and ready to cast their ballots this November, the center held a voter registration drive Tuesday to mark National Voter Registration Day. Volunteers at the university's campuses at Homewood, Peabody, and the School of Advanced International Studies in Washington, D.C., helped students register through the nonpartisan TurboVote platform.

The Hub stopped by some of those registration tables to talk to students about the issues that are motivating them to head to the polls this winter. Each student spoke about how important it is to cast a ballot—even an empty one cast in protest—because it's the primary way a citizenry can influence its government. Raquia Hunt, a junior majoring in neuroscience who is registered to vote in Illinois, says she wishes her peers knew "how much their voices are needed" and how important it is to vote. "Every voice matters when it comes to elections," she says.

Siam Mohammed, a first-year student majoring in computer science who is registered in Pennsylvania, agrees. "I'm voting because I think our society really needs it now," he says. "There are so many important political decisions to be made, and it's so easy to vote because mail-in ballots are more acceptable." 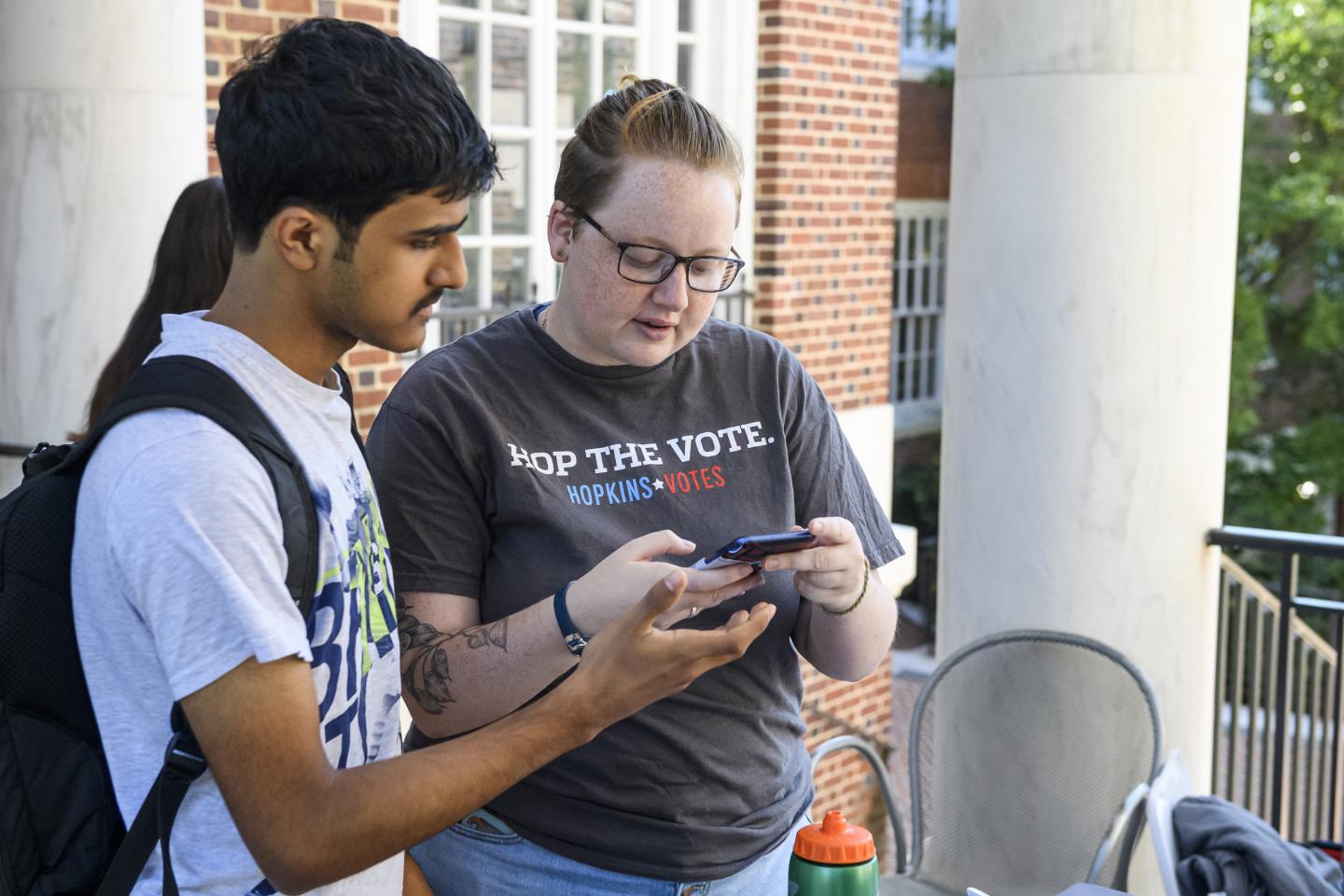 Although midterm elections typically see lower voter turnout, more than half of Americans cast their ballots in the 2018 midterms, the highest midterm turnout since 1978. Fatihah Ullah, a junior majoring in international studies and economics who is registered to vote in Maryland, hopes that trend of high participation in midterm elections continues. "A lot of people don't recognize how important midterms are and how impactful they can be, especially on the legislative body," she says. "For me, voting in this election is incredibly important because there's a lot less voter turnout, so your voice, your vote, does significantly affect the outcome."

She says she is fueled by policies and laws that affect the environment and women's reproductive health. "I vote because I think it's important and I don't have the privilege to not do so," Ullah says. 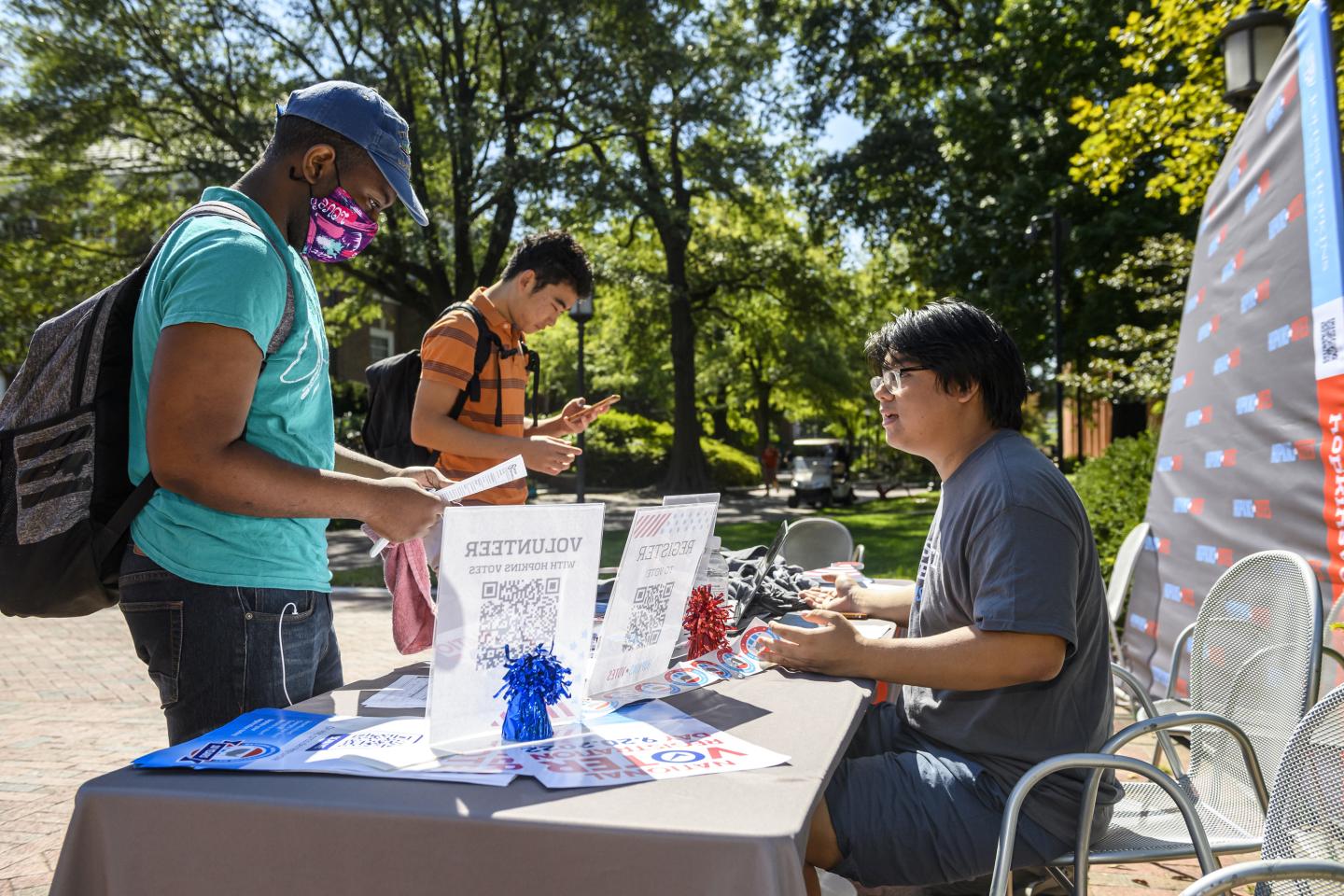 Shubha Verma, a senior neuroscience major, is similarly motivated to vote to protect women's reproductive rights, especially after the Supreme Court decision to overturn Roe v. Wade this past summer. "Who we vote into office chooses our Supreme Court. It's very clear now that that has huge ramifications," she says.

And the act of voting itself can be affected by legislative politics, junior political science major Jonah Smith points out. "There are attacks on voting rights going on across this country—state legislatures that are trying to make it harder for people to vote and harder for people to access the polls. But throughout history, we've had surges of voter suppression and they're always followed by surges of civil action, people getting out and fighting for their right to vote and to make their voices heard."

Smith, who is registered to vote in California, says he's inspired by the voter mobilization effort spearheaded by Georgia gubernatorial candidate Stacey Abrams, but that the issue extends beyond individual figures, issues, or political parties. "We have an opportunity to prevent the onset of these voter suppression tactics when we get out the vote," he says. "Even in states that we typically see as deep red or deep blue, if you can get people out to vote, you can really surprise people." 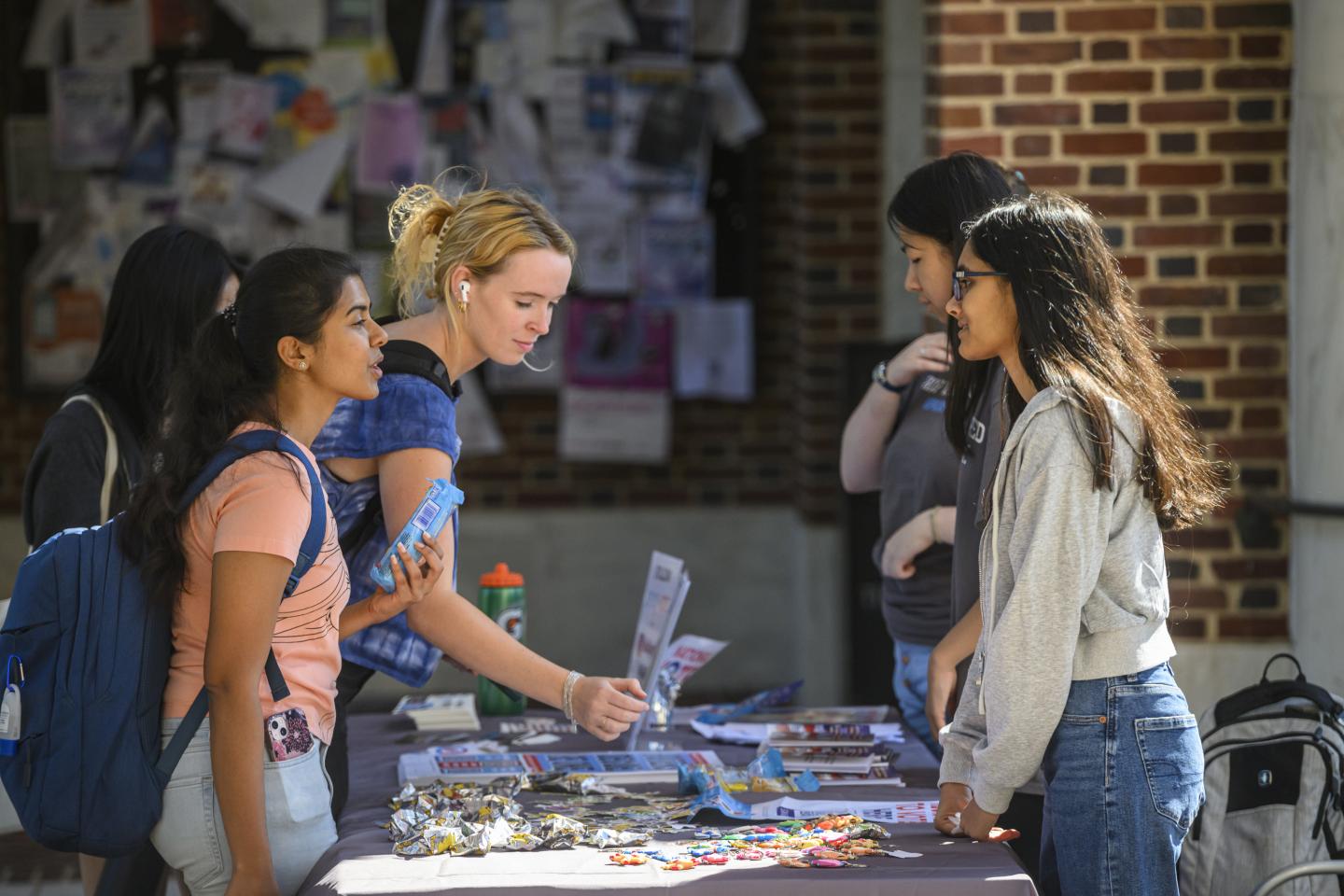 Image caption: The student organization The HOP teamed up with Hopkins Votes to pass out Pokémon toys and stickers at the voter registration table. The Pokémon tie-in is a tongue-in-cheek reference to Hillary Clinton's 2016 quip that people should "Pokémon Go to the polls."

For many of the students the Hub spoke to, the act of voting represents a privilege as well as a responsibility. Maya Niyogi, an applied mathematics and statistics and economics major registered in Texas, says that social media—so frequently villainized for its ability to spread misinformation—is also a source of knowledge and, importantly, empathy, for younger voters.

"It's easier as well to see injustices that face other people through social media," Niyogi says. "You can't turn a blind eye when you see a man being beaten on the street. That's something that you're forced to confront and to come to terms with. And the way we do that is by being politically active. You have to go to the polls and make sure your voice is heard, otherwise it's essentially saying that you're complicit in the wrongs of the world."