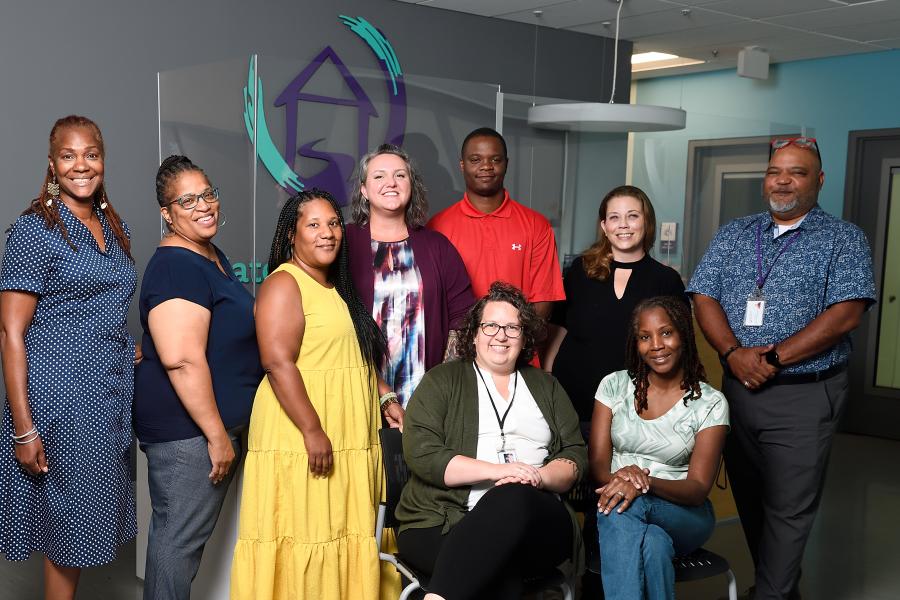 Lisa Nitsch describes her role as the director of everything you typically don't think of when you think about House of Ruth Maryland.

The organization is long known for its shelters and work to support survivors of domestic violence and their children. Less known, but equally important to House of Ruth Maryland's mission, is its abuse intervention program targeting people who commit acts of violence.

"To the surprise of many, we've been serving those who commit violence almost as long as we've been supporting the survivors," said Nitsch, whose actual title is House of Ruth Maryland's Director of Training and Education. Nitsch leads the abuse intervention program, which she says gets to the heart of addressing the root cause of—and ultimately reducing—violence.

"House of Ruth Maryland will always be there for the victims of violence and their children, but what we want is fewer victims," Nitsch said. "We have to challenge the systems that perpetuate violence so we can reduce violence."

That mission helped the program get a grant from Johns Hopkins University's Innovation Fund for Community Safety. The Innovation Fund is a four-year, $6 million initiative to support community programs in Baltimore that aim to address the root causes of violence in the city. House of Ruth Maryland is one of nine recipients of the grants that were awarded in June 2021.

"They have a longstanding commitment to reducing violence in Maryland," Patel said.

The abuse intervention program, known as the Gateway Project, is a 28-week behavior change program with a focus on taking accountability, building empathy, and understanding how to develop healthy relationships. Almost all participants in the weekly group sessions are court-mandated with a history of intimate partner violence. The Gateway Project enrolls about 450 participants each year.

"For many, we can reduce or eliminate violence," Nitsch said. "Studies have shown that people who complete this program are 40% less likely to commit violence again. Even people who complete part of the program fare better than those who don't enroll at all." 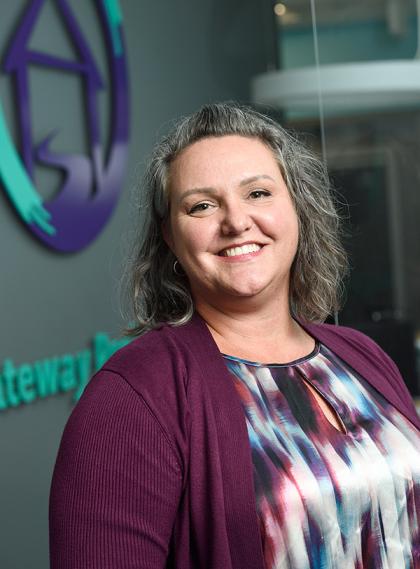 Another success story: Nitsch said House of Ruth Maryland has hired graduates of the program who have remained non-violent. One of the current group session facilitators went through the program.

"For the participants, someone who has been through the program is a more credible messenger," Nitsch said. "For us, it's exciting when people want to come back and facilitate. They may not always like it when they first have to come to us, but we get good buy-in and create allies."

The Innovation Fund allowed House of Ruth Maryland to expand the program. The official grant-funded project is the Abuse Intervention Supportive Services Model. What that means is offering support services for employment, mental health, substance abuse, and parenting in addition to the Gateway Project curriculum—all under one roof.

"We know an abusive partner who is unemployed or has substance abuse or mental health issues can be more dangerous," Nitsch said. "It also makes it harder for them to complete or be successful in the intervention program. Adding wraparound support services provides stability that is critical to success."

Charvonne Holliday Nworu, assistant professor at JHU's Bloomberg School of Public Health, is the academic partner for the program. In her role, she assists with the project's research development, data collection, and analysis to help evaluate and refine the program. She has worked with House of Ruth Maryland since 2016, first as principal investigator on a study and separately as co-investigator of a study that showed the effectiveness of wraparound services for people in abuse intervention.

"The idea is that if men are employed, if we can address issues of mental health or substance use, for instance, they will be less likely to use violence and we will see a greater impact from the intervention," Holliday Nworu said. "In this case, House of Ruth Maryland can bolster the impact of the existing program by using the Innovation Fund grant to add supportive services that address key social determinants of health and behavior."

The partnerships provide a one-stop shop for assistance. Sheppard Pratt is available to help with mental health and substance abuse. The Mayor's Office of Economic Development is on-site for employment assistance. The Family Tree is the partner for a parenting support group, which was something specifically requested by program participants.

"The message is sent immediately—we care about you as a whole person," Nitsch said. "It's already created a different vibe with participants. It's creating a model where it's not about punishing but about restoring, healing, and creating hope."

The grant will fund two other expansion projects. One will be to replicate the abuse intervention and support services model for Spanish-speakers. The other is a mentorship program where Gateway graduates who want to stay involved can coach and support those who are coming into the program.

"House of Ruth Maryland staff members are passionate about their work, committed to the mission, and truly care about the people they serve," Holliday Nworu said.

Nitsch is grateful for the Innovation Fund grant, particularly for this program, which is consistently the hardest for House of Ruth Maryland to fund. That's in part because it's not well known and in part due to a negative reaction by some to supporting those who commit violence.

Patel acknowledged she was a little surprised at first to learn the program focused on perpetrators. But getting a chance to witness the group sessions removed her doubt. She remembered one instance where a man blamed his offense on his astrological sign, and his fellow participants—not the facilitator—called him out.

"I had never seen a program that challenged their accountability the way this did, challenged the men to dig deeper and be honest," Patel said.

And, it's important to remember, if the perpetrators are rehabilitated, that also helps protect victims.

"As long as we've been serving victims," Nitsch said, "they've been asking us to help their partners."