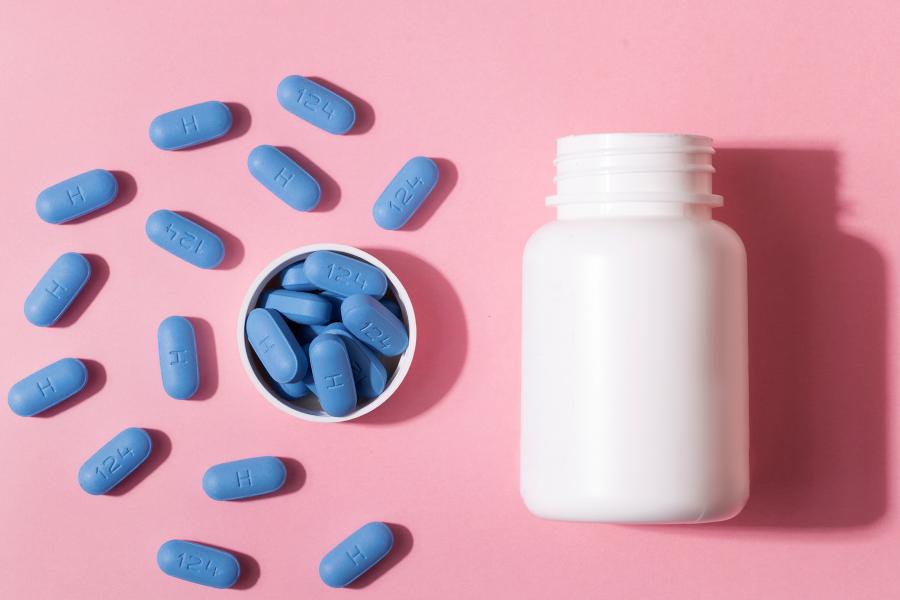 Researchers at the Johns Hopkins Bloomberg School of Public Health have contributed to a special issue of the Journal of Law, Medicine, and Ethics, including studies and commentary that support a national program to improve access to pre-exposure prophylaxis, or PrEP, a medication that prevents the spread of HIV.

The policy proposal for a national PrEP program was released in December 2021 by researchers at the Johns Hopkins University, including the Bloomberg School, and national experts in HIV policy. The proposal, "Financing and Delivering Pre-Exposure Prophylaxis PrEP to End the HIV Epidemic," outlines a new financing and delivery system that moves away from the use of expensive brand-name drugs and expands the number of access points for PrEP for uninsured, underinsured, and Medicaid-covered individuals.

To maximize the benefits of a national PrEP program, the academic proposal recommends that:

The special issue, published online today, includes research papers and commentary that address important considerations outlined in the policy proposal. These include how to address private insurance and Medicaid coverage for PrEP, increasing access for vulnerable communities who are most in need of PrEP, and understanding how generic options can offset financial burdens.

"For more than a decade, PrEP has been available as a highly effective tool to curb the HIV epidemic, but it remains out of reach for many Americans," says Joshua Sharfstein, vice dean of public health practice and community engagement and professor of the practice in the Department of Health Policy and Management at the Bloomberg School. "This is an issue of equity. Until we address the incredible gaps by income, race and ethnicity, age, and place, we will struggle to end the HIV epidemic."

In 2012, the U.S. Food and Drug Administration approved the use of prescription drugs to prevent the spread of HIV. PrEP is taken by individuals who are at high risk for HIV, and can reduce transmission by up to 99%. However, only about a quarter of individuals who could benefit from PrEP received a prescription in 2020. PrEP uptake is even lower in Black and Hispanic populations, with less than 9% of Black individuals receiving a prescription and less than 16% of Hispanic/Latino people. Significant difficulties with financing and delivering PrEP are reasons for this disparity.

"For more than a decade, PrEP has been available as a highly effective tool to curb the HIV epidemic, but it remains out of reach for many Americans."
Joshua Sharfstein
Bloomberg School of Public Health

One study in the special issue, led by researchers from the Johns Hopkins Bloomberg School of Public Health, found that generic PrEP offers a promising solution by addressing financial barriers to accessing the medication. The researchers found that after generic PrEP was introduced to the marketplace, the price per dose of generic PrEP was just $1 compared to $28 per dose of branded PrEP. Overall PrEP utilization did not appear to increase during the study period.

"So far, greater access to low-price generic PrEP medications does not appear to have greatly expanded use," says Jeromie Ballreich, assistant scientist in the Department of Health Policy and Management and the study's lead author. "Policymakers now have an opportunity to purchase generic PrEP at over a 90% discount compared to branded PrEP. Bulk purchasing could be implemented as part of a national strategy to increase PrEP use."

Another article suggests that the national PrEP program can model other public health responses like that of a late 1980s measles outbreak that led to the federal Vaccines for Children program where the government purchased vaccines for children covered by Medicaid or who were uninsured. The authors make the argument that purchasing medical technology—drugs, devices, etc.—for a population, rather than on an individual basis, can guarantee access to treatment, lower cost, and save lives.

Two articles in the special issue were released on the Bloomberg School's website in April, ahead of journal publication, to inform the national conversation around creating a national PrEP program. The first, by Kenyon Farrow, managing director of the advocacy group PrEP4All, explains the limitations of current patient assistance programs in reaching people at the highest risk of contracting HIV infection. The second, by long-time community HIV advocates Jeremiah Johnson, PrEP program manager for PrEP4All; Asa Radix, clinical associate professor at New York University Grossman School of Medicine; Raniyah Copeland, founder of Equity & Impact Solutions; and Guillermo Chacon, president of the Latino Commission on AIDS, describes the unique challenges facing transgender, gender diverse, Black, and Latin communities, which are driving enormous disparities in access to care.

Other articles in the special issue cover pathways to increase access to laboratory services for PrEP; international models of PrEP access; key implementation issues; the role of Medicaid; and the potential for partnerships with public health.

Key collaborators for this special issue include Amy Killelea, a senior associate in the Bloomberg School's Department of Health Policy and Management, Jeremiah Johnson, PrEP Project Manager at PrEP4All, Chris Beyrer, now the director of the Duke Global Health Institute, and Derek Dangerfield, now of the Milken Institute School of Public Health at George Washington University.