Alicia Wilson among most influential Black executives in corporate America

Alicia Wilson, the vice president for economic development for Johns Hopkins University and the Johns Hopkins Health System, has been named to Savoy magazine's Most Influential Black Executives in Corporate America list for 2022. The list celebrates more than 300 Black business leaders for their "exemplary record of accomplishments and influence while working to better their community and inspire others." 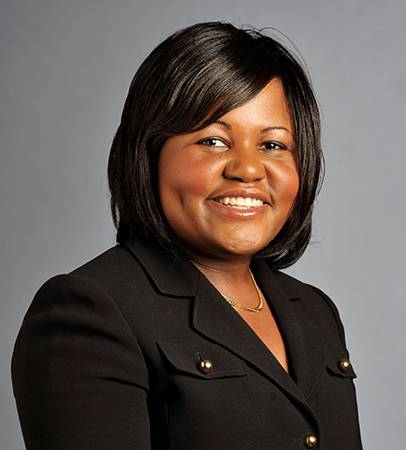 "In this issue, we assembled an elite representation of African-American men and women who have been recognized for their executive and business leadership in national and global-leading corporations," said L.P. Green II, publisher of Savoy magazine, in a press release about the list. "These innovative trailblazers have led efforts to foster growth for some of the country's highest-performing companies throughout and beyond the U.S. market."

Since joining Johns Hopkins in 2019, Wilson has led the institution's Office of Economic Development and Community Partnerships and steered Johns Hopkins' initiatives as an anchor institution in and around Baltimore. She has led strategy pertaining to investments in economic and neighborhood development, health care, and education. Under her direction, the office oversees the highly successful HopkinsLocal program, which leverages Johns Hopkins' economic power to support local and minority-owned businesses, increase the hiring of city residents, and enhance economic growth, employment, and investment in Baltimore through targeted purchasing activities. The office also oversees BLocal, a commitment modeled after HopkinsLocal that includes Baltimore-area businesses, as well as many other programs aimed at strengthening the health and economic well-being of the Baltimore community.

Wilson was instrumental in establishing the Just Us Dialogues, a racial justice conversation series held in response to the 2020 death of George Floyd while in police custody, and, as an attorney, helped launch and lent her expertise to a series of expungement clinics for members of the Baltimore community to remove offenses from their criminal records.

In 2021, Wilson was named to the Black Enterprise 40 Under 40 list for the category of finance. The magazine recognized Wilson for her efforts to increase economic and social opportunity in Baltimore City.

Wilson actively works with charitable organizations and was recently elected chair of the CollegeBound Foundation and, as such, is the first African-American person and the youngest board chair in the 30-year history of the organization.

She holds an undergraduate degree in political science from the University of Maryland Baltimore County, and a juris doctor from the University of Maryland Francis King Carey School of Law. Prior to joining Hopkins, she served as the senior vice president of impact investments and senior legal counsel for the Port Covington Development Team, where she was instrumental in securing a $660 million TIF for the $5.5 billion redevelopment. Wilson also held a partnership position at the law firm of Gordon Feinblatt for eight years.

Savoy magazine is a national publication covering the power, substance, and style of African-American communities. 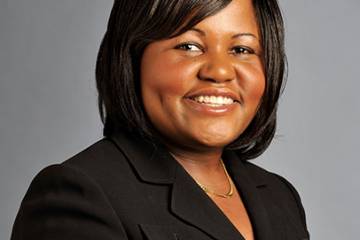 Published May 18, 2021
The list recognizes young Black entrepreneurs, activists, entertainers, athletes, and executives who are making an impact on their communities