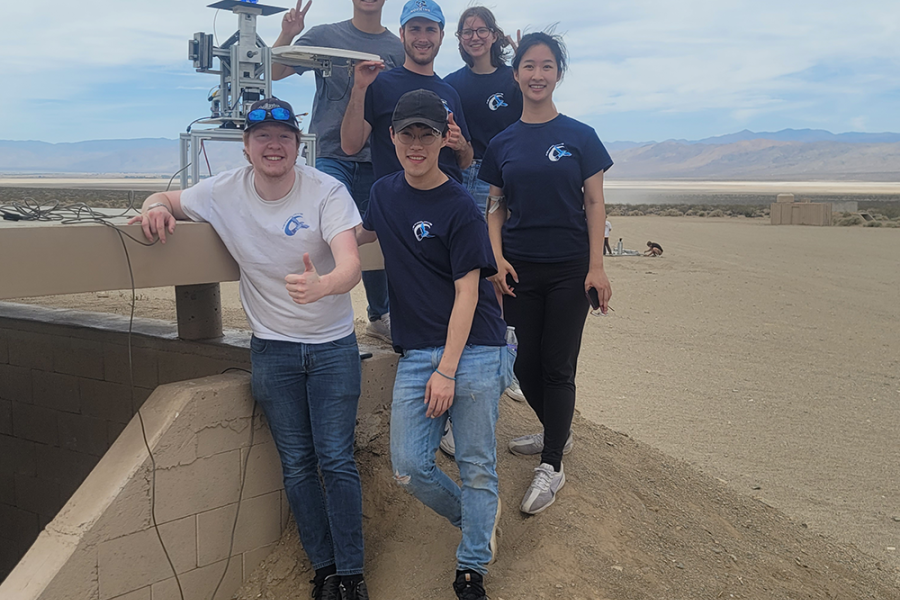 Credit: Courtesy of the AstroJays

The AstroJays, an undergraduate rocketry team, traveled to California to compete in a Friends of Amateur Rocketry competition earlier this summer

The AstroJays' rocket, Strugglebus, soared to a height of 8,762 feet—roughly one and a half miles—over the Mojave Desert in southeastern California, earning it second place in its respective altitude category. And despite its moniker, Strugglebus successfully deployed both of its parachutes, safely landing intact close to the launch site.

"We were really happy with our launch because everything worked just as we planned," said Sasha Khidekel, a fourth-year mechanical engineering major and president of the AstroJays.

One of the team members' major accomplishments was building an autonomous antenna stand, which helped them to track the rocket's GPS coordinates and altitude. They also earned extra points for nailing the competition's payload challenge: in their case, an onboard camera system that livestreamed the rocket's journey from launch to landing. 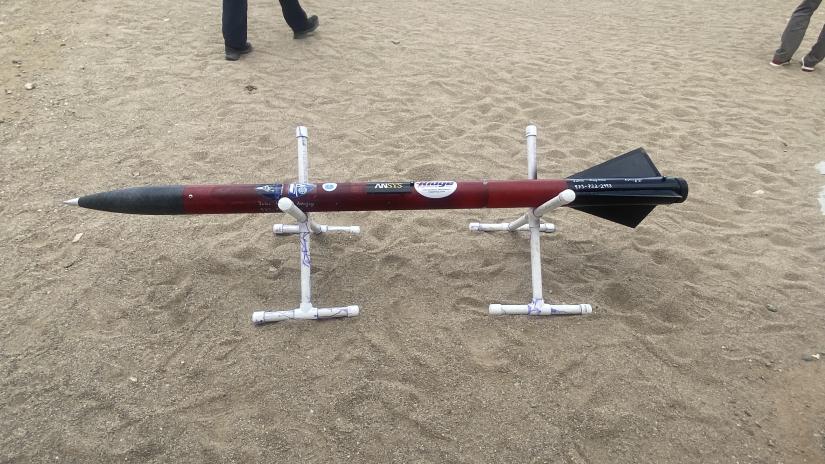 Image credit: Courtesy of the AstroJays

The 20-member team worked on the competition rocket for almost a full year and performed several test launches at a local launch site in Maryland.

The AstroJays comprises several sub-teams, each focusing on a different aspect of the rocket, from manufacturing structural components to building the electronics system. Because rocketry crosses many disciplines, mechanical engineering majors are joined by electrical engineering, chemical and biomolecular engineering, computer science, and even arts and sciences majors, adds Khidekel.

Alejandro Ross, a fourth-year physics major who joined the club in his freshman year, says being part of the AstroJays has enhanced his undergraduate experience.

"I wasn't sure what I was getting myself into, but I thought rockets were really cool. I ended up learning mechanical engineering skills, rocket science, and I even got to travel for competitions. I've made lots of friends, too. The club provides such a fun and welcoming environment," said Ross.

Fresh off the success of their first post-COVID competition, the AstroJays are looking to ramp up their projects for the upcoming academic year, including holding more club-run workshops and certification launches. Under the guidance of Gregory Falco, a civil engineering assistant professor and member of the university's Institute for Assured Autonomy, the team will work on a small payload for a rocket that will be launched into space in 2023 by bluShift Aerospace, a Maine-based firm founded on the vision of rockets powered by bio-derived fuel.

A long-standing goal of the team is to build a hybrid rocket engine, which uses both solid and liquid propellants as opposed to just one. Most experts would say that creating a hybrid rocket engine from scratch is incredibly advanced for engineering undergraduates, but the AstroJays say that they are up for the challenge. They've been working on their design for several years under the guidance of AstroJays advisor Joseph Katz, William F. Ward Sr. Distinguished Professor of Mechanical Engineering.

"Our major goals are to continue hybrid development and streamline our design and build process. If we get comfortable with quickly building basic, commercial-motor rockets, that makes it easy to branch out to cooler experimental designs," said Khidekel.