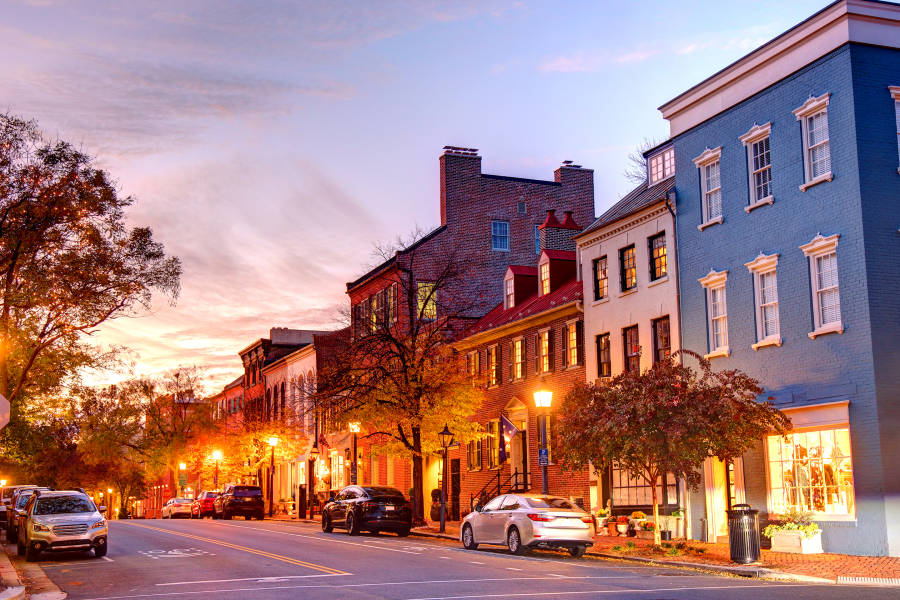 A strong majority of people in the most diverse communities near Washington, D.C., say they're happy with where they live, according to a new study of race and neighborhood satisfaction.

The study is one of the first to gauge residents' satisfaction in such a diverse urban population and could build better understanding about the realities of living in mixed neighborhoods, particularly in other racially diverse cities like Los Angeles and Houston.

"There's a perception that integrated neighborhoods are unstable, particularly because of white flight, but I think this research will help people see that the long-term viability of diverse neighborhoods is possible," said lead author and Johns Hopkins University sociologist Michael Bader.

The findings are newly published in Social Problems. 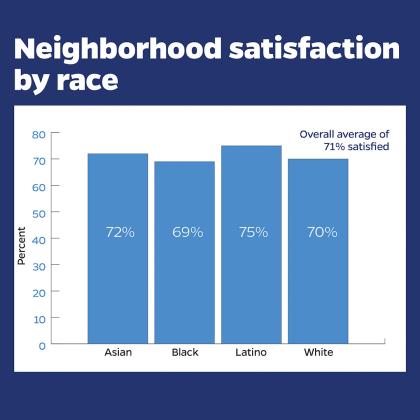 Image caption: The study showed an average of 71% satisfaction for respondents across races

A generation ago, nationwide studies on multiracial neighborhoods found that residents, specifically white residents, viewed them negatively. But Bader wanted to study D.C., a city and suburbs that together boast one of the largest number of racially integrated neighborhoods. Having grown up there and having spent years living and working there, he was skeptical that those earlier findings would hold up.

He surveyed 1,500 residents in more than 100 multiracial neighborhoods in 2016 and polled a random sample of people from neighborhoods throughout the area in 2018. Areas included Washington, D.C., Prince George's and Montgomery counties in Maryland, and the cities of Alexandria and Arlington, as well as Fairfax county, in Virginia.

"The high level of satisfaction shows that attitudes have evolved about living in multiracial neighborhoods," said Bader. "Dating back to the '60s, '70s, and even into the '80s, if a neighborhood became integrated it was almost certain to be re-segregated within 10 or 20 years. That's just not the case anymore."

Bader plans to interview respondents from the 2016 survey to identify factors that affect their satisfaction. He will also research the role race plays in people's awareness of neighborhoods and where they consider living.