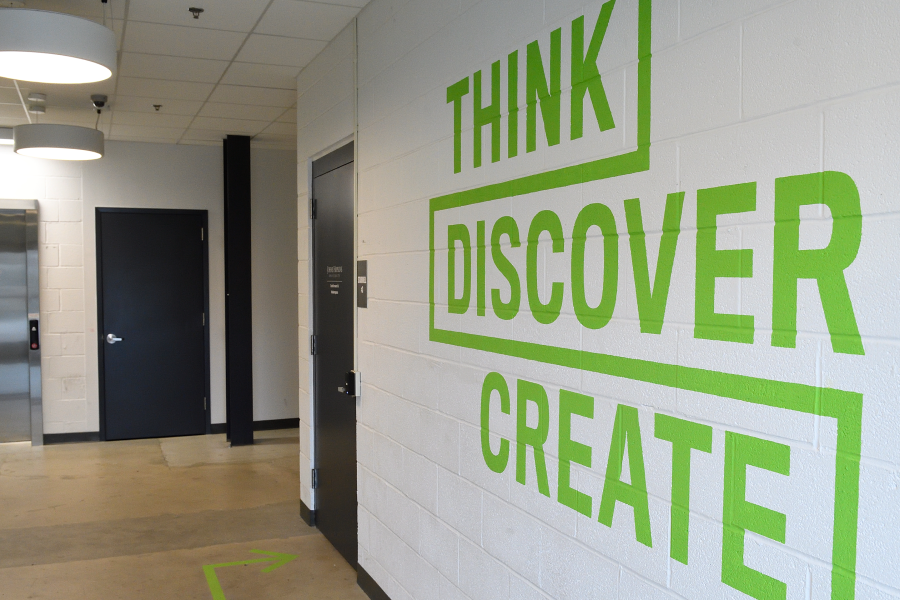 Johns Hopkins Technology Ventures, JHTV, has expanded its technology development team to speed up commercialization for early stage, high impact technologies. Applying a business mindset thanks to decades of experience in the corporate and startup worlds, the seasoned analysts and industry experts help create the highest-value path to market for technologies, whether through industry collaboration, corporate licensing, or venture creation.

Leading the technology development team—which now reports directly to Christy Wyskiel, JHTV executive director—is Christina DeMur, who has more than three decades of experience in medical device development and health care technologies. Mark Komisky, a serial entrepreneur and startup founder, was recruited to focus on engineering and non-life-science technologies including software, artificial intelligence or AI, materials, and energy. They join Patrick Ho, who has been JHTV's director of life science technology development for almost two years. Ho is focused on therapeutic and other biological innovations.

"We work across all pillars of JHTV," DeMur says. "There are lots of different paths to innovation at Johns Hopkins. We're trying to figure out where the best paths are for specific technologies and how we can help them."

The team will use its expertise and connections to develop a "rapid feedback loop," Komisky says, between promising technologies developed at Johns Hopkins and outside inventors, customers, and entrepreneurs to more quickly determine viability and potential commercial success.

Moving rapidly is particularly important with non-life-science technologies, both DeMur and Komisky say. While therapeutics and diagnostics typically follow a regulated timeline that can stretch over years, Komisky compares software, AI, and medical device development to a banana that can go from green to ripe to rotten in a matter of days.

"You can have an idea about a software product, build it in the next few weeks and months, and sell the company within five years," Komisky says. "The time frames are just much shorter. JHTV has built a tremendous machine to handle one of the highest volumes of invention activity in the nation. We are developing new processes to handle software inventions, specifically with the context of speed and other nuances in mind."

DeMur has been thinking about and evaluating medical devices for more than 30 years, starting as a clinical engineer in operating rooms in two Boston hospitals, tending to and evaluating video systems and machines while working with surgeons and nurses. She then spent 15 years in product development for a medical equipment technology company, including as head of research and development.

While working in a commercial role at GE Healthcare, DeMur became a mentor-in-residence for startups for JHTV's FastForward in September 2020, and then jumped at the chance to join JHTV as a full-time staff member as the technology development team expanded.

"It brought together not only my background in product development and understanding health care and industry, but it's also something I like to do—the mentoring, helping people move from where they are to where they want to be," she says. "The technology development person is a super connector, a project manager, an encourager. You're wearing a ton of hats, but ultimately, you're trying to really support the research and the researcher to do something impactful."

One of the biggest changes in the medical device field during the last few decades is the problems people are trying to solve, DeMur says. When she started, the focus was on being more efficient and productive as people passed through the hospital. Today, the focus is to prevent people from getting sick in the first place, she says, with medical devices more directed at managing care and care pathways.

"The question inventors are asking is, 'How do I make technology that can keep you out of the hospital?' and I think COVID sort of accelerated this," DeMur says. "We're seeing a lot of patients now with chronic diseases, and those people require a lot more support outside of the traditional hospital. How can technology play a role there?"

Despite the changes in the industry, how DeMur assesses technology has remained the same.

"Instead of saying, 'Tell me about your technology,' I want to know, 'What problem are you trying to solve?' and really sort of shift the discussion," she says. The best innovations, she adds, develop when "there's a convergence of a market, a unique opportunity, engaged faculty and a real clear, compelling value proposition."