Donna Shalala, who across more than five decades as a scholar, educator, administrator, and public official has worked to advocate for others, championed increased access to health care, and demonstrated exemplary leadership, will join Johns Hopkins Health System President Kevin Sowers on Wednesday, June 29, for a virtual conversation as part of the Johns Hopkins Health Policy Forum. 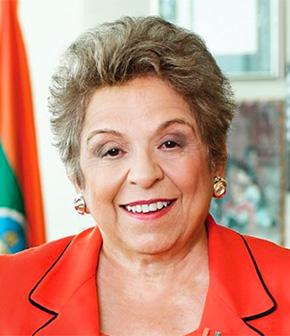 The discussion, which begins at 3:30 p.m., will cover an array of topics, including new and innovative trends shaping the health care industry, lessons learned from the COVID-19 pandemic, the polarization and politicization of health care, reflections on Shalala's career, and advice for students and emerging leaders in health care.

Johns Hopkins faculty, staff, students, alumni, and members of the general public are invited to tune in to the event; advance registration is required.

"In alignment with academic medicine's tripartite mission, Dr. Shalala is an accomplished, effective, compassionate leader and educator who has dedicated her life and career to advancing the health and wellness of all Americans," said Sowers, who also serves as executive vice president of Johns Hopkins Medicine.

Shalala is the sixth expert to participate in the Health Policy Forum series, which launched in fall 2020 to highlight the university's engagement with key leaders on matters of health policy and health care. Previous events featured:

Shalala, currently the Trustee Professor of Political Science and Health Policy at the University of Miami, served as secretary of Health and Human Services for eight years during the Clinton Administration, from 1993 to 2001, making her the nation's longest-serving HHS secretary. Among other prominent roles, she has also served as U.S. representative for Florida's 27th Congressional District, president of the University of Miami and Hunter College, chancellor of the University of Wisconsin-Madison, and president and CEO of the Clinton Foundation.

Shalala worked as one of the country's first Peace Corps Volunteers, teaching English in Iran from 1962 to 1964. She was selected as one of "America's Best Leaders" by U.S. News & World Report (2005), received the Nelson Mandela Award for Health and Human Rights (2010), and was inducted into the National Women's Hall of Fame (2011).