McCormack, who led Arizona State to a 26-17 record in three seasons, succeeds Janine Tucker, who retired this spring after 29 years leading the Blue Jays

Johns Hopkins University today announced the hiring of two-time Pac-12 Coach of the Year Tim McCormack as its fourth women's lacrosse coach today. He succeeds Janine Tucker, who retired after a highly successful 29-year career as the Blue Jays head coach of the Blue Jays. 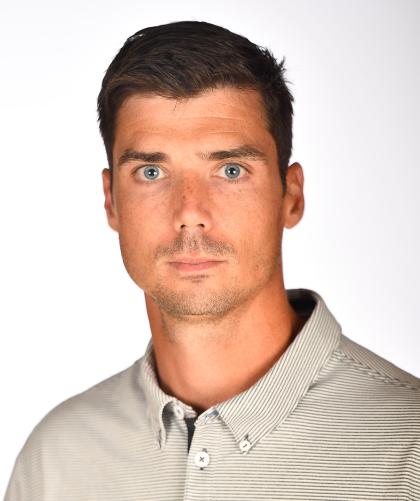 McCormack comes to Johns Hopkins from Arizona State, where he spent the last three seasons leading the Sun Devils.

"Tim's proven record of player development and his innovative and strategic philosophy on teaching and in-game coaching were unique points of emphasis that set him apart," said Jennifer Baker, JHU's Director of Athletics. "His passion for the game and his players and his insightful approach to growing as a leader and mentor was evident through the process, and I am truly excited for the future of our women's lacrosse program under his guidance."

McCormack has overseen one of the nation's biggest turnarounds during his time at Arizona State. He led the Sun Devils to a 26-17 record in his three seasons in Tempe with back-to-back 10-win seasons in 2021 and 2022. In the two seasons prior to his arrival, the first two in program history, the Sun Devils went 12-24.

McCormack took over as the head coach at Arizona State in 2020 and led the Sun Devils to a 5-3 start before the season was cancelled. The Sun Devils returned with a 10-6 record in 2021 and made the program's first appearance in the Pac-12 semifinals. This past season, McCormack led ASU to an 11-8 record and its first-ever trip to the Pac-12 championship game. Under his guidance, the Sun Devils beat five ranked opponents, including four during the 2022 season.

Arizona State was ranked in the IWLCA/IL Top-25 for six straight weeks in 2022 and checked in at 23rd in the final poll of the season. It's the first time the Sun Devils have been ranked in the season's final poll.

"Johns Hopkins has deep roots in the sport of women's lacrosse, and I'm honored to have the opportunity to join the Blue Jay family," McCormack stated. "Hopkins is well known for excellence in both athletics and academics, and I look forward to competing at the highest level while helping our student-athletes exceed their potential as leaders on and off the field. ... I am excited to build on Janine's legacy by providing a world-class experience to all of our young women."

McCormack brought a fast-paced, up-tempo style to Arizona State that paid immediate dividends. In the COVID-shortened 2020 season, the Sun Devils led the Pac-12 and ranked 12th in the nation with 16.38 goals per game—an increase of nearly seven goals per game from the previous year. In 2021, ASU again led the conference and was sixth in the nation in scoring offense (16.44 goals/game). Last season, McCormack's squad ranked third in the Pac-12 with 13.21 goals per game.

McCormack arrived in Tempe after a six-year stint as an assistant at Northwestern, coaching the Wildcats goalies and defense. During his time in Evanston, the Wildcats won 81 games, made six NCAA tournament appearances with two trips to the semifinals, and won the 2019 Big Ten tournament title.

After graduating from the University of Massachusetts in 2012, McCormack spent one season as the head coach of the men's club lacrosse program at the University of Kentucky before joining the women's staff at Northwestern.

McCormack was a three-year starter in goal, and two-time captain, for the Minutemen. As a senior, he led UMass to a 15-1 record and the number one national ranking for the first time in program history. McCormack posted an impressive 7.09 goals against average and a .606 save percentage en route to All-CAA and USILA All-America honors. He ranks eighth in program history with 475 career saves and boasted an 8.44 goals against average and .559 save percentage in 45 career starters.

A native of Long Beach, New York, McCormack graduated with a bachelor's degree in sociology from UMass in 2012. He and his wife Deanna, have a son, Mats, and daughter, Valerie.