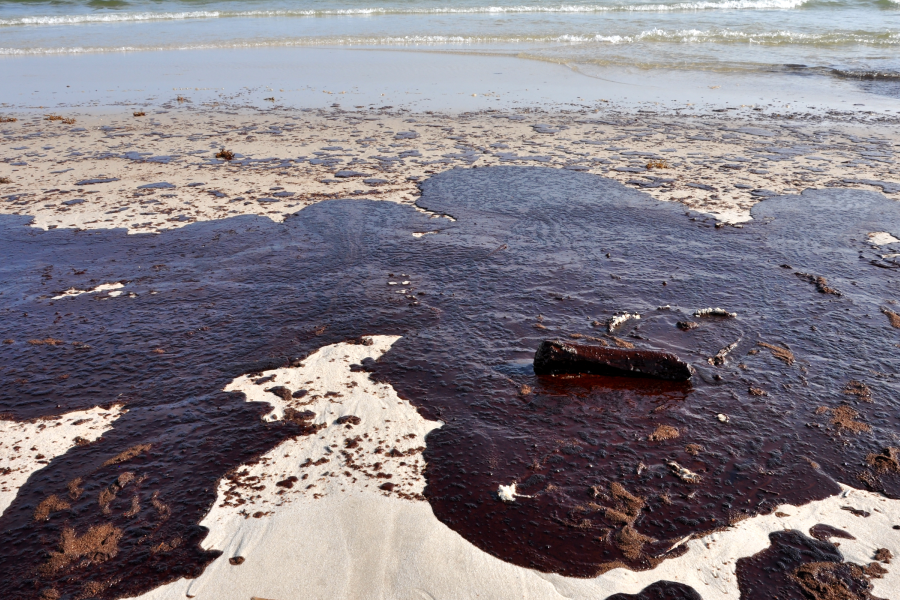 For 87 days in 2010, roughly 200 million gallons of crude oil spewed from the Deepwater Horizon oil rig, 50 miles off the coast of Louisiana in the Gulf of Mexico. Eleven people died in the explosion that blew the cap off the rig, and about 100,000 people were recruited to help clean up the mess.

Those responders, who included trained experts and anyone with a boat who was willing to help, worked for nine months to remove oil from the water and beaches. Some of the oil was sucked up with special equipment, some of it was burned off, and, on land, it was often laboriously cleaned up by hand. 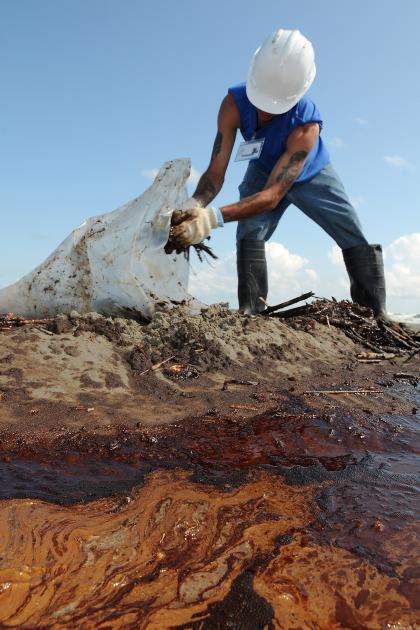 During that time, the National Institute of Environmental Health Sciences, NIEHS, launched the GuLF Study to determine the level of exposure to toxins in the oil and cleanup chemicals the workers and volunteers experienced and to investigate relationships between oil spill exposures and potential physical and mental health effects. About 32,000 workers agreed to be part of the study, which looked at airborne and dermal, or skin, exposure.

Gurumurthy "Ram" Ramachandran, a professor in the Department of Environmental Health and Engineering at the Johns Hopkins Bloomberg School of Public Health, worked on 10 of the 12 papers that came out of the project. He looked at airborne exposure to total hydrocarbons, benzene, ethylbenzene, toluene, xylene, and hexane.

"This is a very unusual set of papers because nobody had done a study of exposure during a spill before, even during the Exxon Valdez cleanup," Ramachandran says. "This is the very first detailed exposure study for all the workers involved in a cleanup."

The papers were published in a special edition of Annals of Work Exposures and Health.

Gathering the data was an enormous task. The team was working with a huge cohort—tens of thousands of people. Study participants performed a wide swath of jobs with different levels of exposure, and the concentrations of volatile chemicals were constantly changing due to evaporation, shifting weather, dilution, and the simple weathering of crude oil over time. 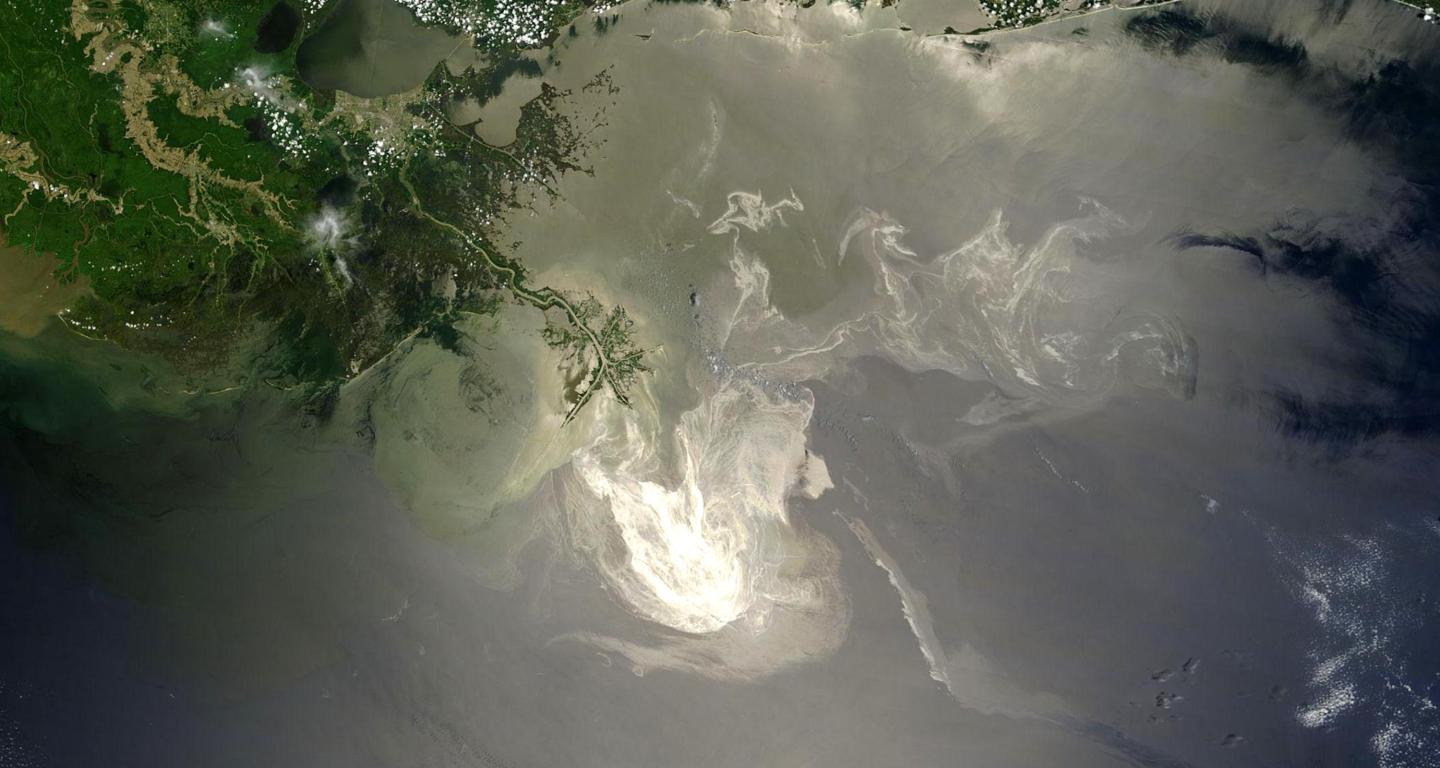 "There were lots of challenges here. If you were to go to a company to monitor their workers, it's relatively straightforward because those workers are doing set activities from day to day," Ramachandran says. "They don't change too much. But here the conditions were changing every day, so the exposures were rapidly changing. Workers could be doing one type of job one day, another type the next day. And the composition of the oil itself was changing, so the chemical nature of their exposure was also changing."

Not only were the researchers able to do groundbreaking work in assessing exposure with a shifting set of variables, but several papers also focused on developing statistical techniques that will make future assessments more feasible and accurate.

"We asked ourselves, here's the problem, how do we even develop a method to attack this problem?" Ramachandran says.

Because of the volatility of the oil, airborne exposure to the hydrocarbons were the main concern. But there were other risky exposures as well. 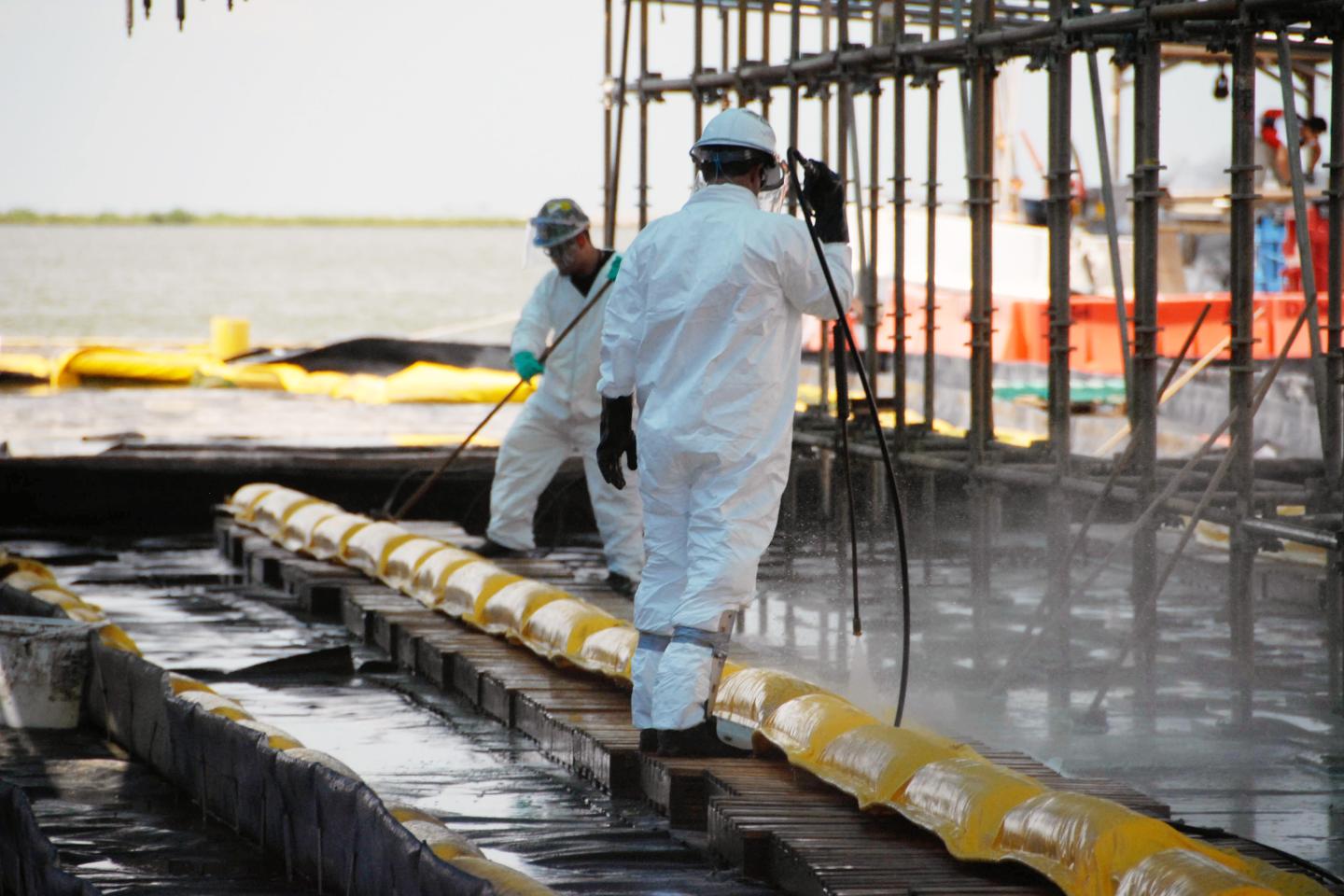 "There was this thing called 2-butoxy ethanol. Cleanup people would spray this chemical to suppress evaporation. And it turned out it had some adverse health effects as well. People were more worried about that than the actual oil ingredients," Ramachandran says.

The NIEHS will continue to monitor the cohort from this study for health impacts from the cleanup. The chemicals they were exposed to are known to cause cancer as well as respiratory and cardiovascular disease.

But the study has served as a springboard for additional public health research. Many in the cohort come from low-income communities, so they face health risks that have nothing to do with the cleanup. Researchers will also be looking at health outcomes unrelated to the spill.

"One very smart thing that NIEHS did was to say, 'We have enrolled these 32,000 people in our cohort, and we're going to continue to follow them and follow their health,'" Ramachandran says.