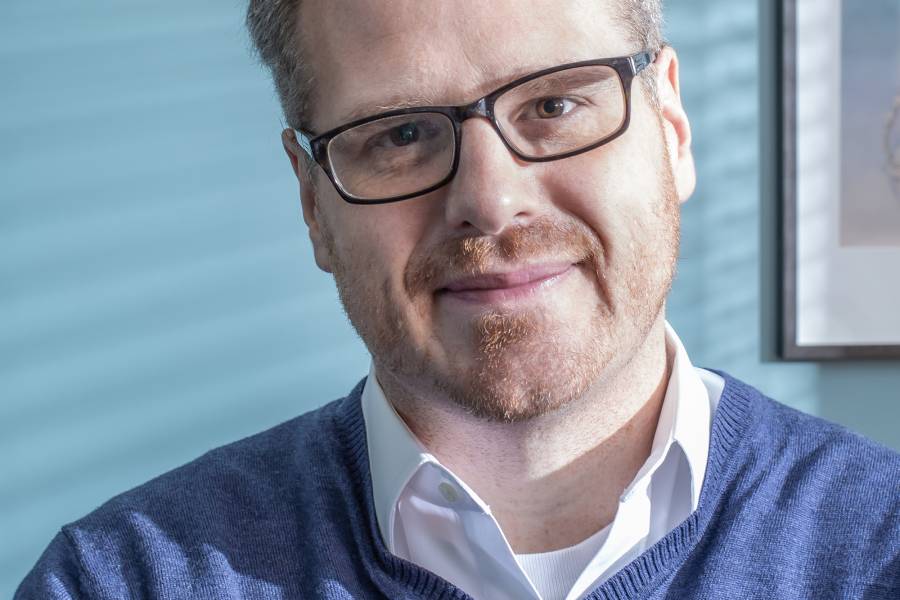 Michael Schatz among 'TIME 100' most influential people in the world

TIME today named Michael Schatz, a computational biologist and one of the world's leading genomics experts, to its 2022 list of the 100 most influential people for his contributions to the first complete sequencing of the human genome, "the most complete look yet at the genetic script underlying the very nature of who we are as human beings."

A Bloomberg Distinguished Professor of computer science and biology at Johns Hopkins University, Schatz harnesses the power of computing to better understand human and agricultural genetics. His ongoing work to demystify the structure and function of genomes is leading directly to deeper knowledge of human diseases, targeted medical treatments and improved plants and crops.

"Dr. Schatz embodies the highest aspirations of universities like Johns Hopkins and the impact they can make on the world," said Johns Hopkins University President Ron Daniels. "He has pushed the boundaries of computational biology to decode successfully one of the greatest mysteries of our species. This extraordinary feat of international interdisciplinary research will fuel scientific and medical advancements for decades to come."

Incredibly proud to have been selected with my good friends @aphillippy @khmiga and @EichlerEE on behalf of the entire T2T consortium!!! @TIME #time100 @JohnsHopkins @JHU_BDPs https://t.co/rWU6OTnu8x

Twenty years ago, Schatz was working in cybersecurity when he abruptly changed his career trajectory to genomics, inspired by breakthroughs coming from the Human Genome Project, the first attempt to decipher the human genome. Being integral to the ultimate completion of that project has been a dreamy affirmation of both that choice and what has become his life's work, being a pioneer in the "genomics revolution."

"The telomere-to-telomere project has been a capstone result for my 20-year endeavor to improve and complete the human genome," Schatz said. "Moving forward, I'm excited to consider how we will be able to use this new genome and the genomic technologies we developed to build it to improve so many aspects of society, from agriculture to health care, and especially our understanding of cancer.

"I also feel enormous gratitude to all my students, postdocs, lab members, colleagues and mentors that helped me to reach this recognition. I feel like I am accepting this award on behalf of all of them as much as for myself. And finally, I see this as a call to give back to the community to help support those that historically have not been able to participate in the genomics revolution."

As a Bloomberg Distinguished Professor, Schatz has appointments in both the Whiting School of Engineering and the Krieger School of Arts and Sciences, where divisional leadership was thrilled to learn about the TIME 100 honor.

"Mike is a dedicated and visionary researcher, whose discoveries will have a profound impact on basic research and on clinical practice," said Whiting Dean T.E. "Ed" Schlesinger. "Our ability to understand and quantify an individual's genome represents a major breakthrough, both in terms of understanding DNA's role in disease risk and in realizing the promise of personalized medicine. This is a well-deserved honor for Mike and his colleagues and I have no doubt that his achievements will benefit generations to come."

"Dr. Schatz embodies the highest aspirations of universities like Johns Hopkins and the impact they can make on the world."
Ron Daniels
President, Johns Hopkins University

Added Krieger Dean Christopher S. Celenza: "This is well-deserved recognition for one of our remarkable scientists. His extraordinary work with the team assembling the first complete sequence of a human genome is profound. I know his research will create opportunities for new, life-changing discoveries."

Schatz joined Johns Hopkins in 2016, coming from Cold Spring Harbor Laboratory on Long Island in New York, where he was an associate professor in the Simons Center for Quantitative Biology, served as the co-director of the Undergraduate Research Program, and co-led the Cancer Genetics & Genomics Program in the CSHL Cancer Center.

Earlier this year it was announced that a team Schatz co-led had created a cloud-based platform that grants researchers easy access to one of the world's largest genomics databases. Known as AnVIL (Genomic Data Science Analysis, Visualization, and Informatics Lab-space), the new platform gives any researcher with an Internet connection access to thousands of analysis tools, patient records, and more than 600,000 genomes.

Vice Provost for Research Denis Wirtz said that type of collaborative spirit is typical of Schatz, whom he calls a "scientific tour de force."

"In addition to being a remarkable scientist, Mike is also a tremendous colleague and collaborator," Wirtz said. "This is an incredible recognition of the type of team science that is defining the future of research."

Lauren Gardner, a civil and systems engineering professor in the Whiting School of Engineering, made TIME's list in 2020 for her work developing the university's COVID-19 dashboard, which became the Coronavirus Resource Center.