The Pulitzer Prize-winning author addressed social hierarchies in the United States as part of Johns Hopkins Medicine's annual celebration of the life and legacy of Martin Luther King Jr.

In a virtual talk Tuesday, Pulitzer Prize-winning author Isabel Wilkerson outlined the caste system of the United States, tracing the history of the form of social hierarchy from the nation's infancy to its most recent and enduring manifestations in American life.

Delivering a keynote address as part of Johns Hopkins Medicine's 40th annual celebration of the life and legacy of Martin Luther King Jr., Wilkerson described how King himself came to the idea of an American caste system after a visit to India, where social hierarchies had long been politically and socially entrenched. King visited a group of people lowest in the caste system, designated as "untouchables," and they greeted the reverend and civil rights activist as one of their own.

At first King bristled at this categorization of himself as an untouchable. But upon reflection, he recognized that as a Black man in American society, he was indeed among the lowest ranks of his country's social hierarchy. 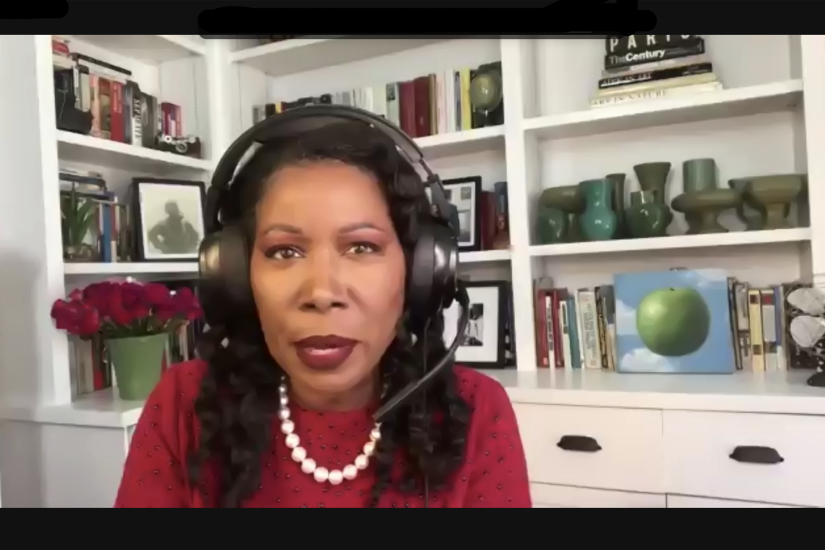 "Those who knew best what a caste system was, those who were assigned at the very bottom of the caste system in India, instantly recognized caste when they saw it," Wilkerson said. "They connected their system of hierarchy to our own."

The concept of social hierarchy is one Wilkerson explores in her 2020 best-selling book Caste: The Origins of Our Discontents (Penguin Random House). A caste system, said Wilkerson during her talk, is "an artificial, arbitrary, graded ranking of human value in a society," and it determines one's opportunities and expectations from society. The American caste system, she said, was alive even before there was an America.

The legacy of that early caste structure is still felt today, despite the efforts of leaders such as Martin Luther King Jr. to dismantle it, Wilkerson said. It is evident, she said, in the U.S. response to the coronavirus pandemic, which has laid bare the hierarchy of the American health care system as it struggled to meet the needs of vulnerable populations, especially those in communities of color, as COVID-19 began its spread.

Evidence of the American caste lingers, as well, in the nation's social systems. Only in a country with deeply ingrained social hierarchies, said Wilkerson, can a man be slowly suffocated to death in public by a police officer for what was not even an arrestable offense. She contrasted the death of George Floyd on May 25, 2020, to the insurrection that took place at the U.S. Capitol on Jan. 6, 2021.

"We saw a mob of insurrectionists actually take over, storm, and break into the citadel of democracy, the United States Capitol," she said. They ransacked offices, threatened the lives of lawmakers, and attacked police officers and security guards, Wilkerson said. "But something else we saw that day was those same people walk[ing] down the steps of the Capitol at the end of that day, that deadly day, with their lives—something that was denied George Floyd a mere six or so months before."

After her talk, Wilkerson, who also authored the National Book Critics Circle Award-winner The Warmth of Other Suns, joined Sherita Hill Golden, vice president and chief diversity officer for Johns Hopkins Medicine, for a discussion of Wilkerson's scholarship and writings, the legacy of Martin Luther King Jr., and racism within the American health care system. Social hierarchies, Golden said, must be examined before they can be overcome.

"The caste system upon which America has been built must be understood and dismantled in order for our society to adapt and evolve, to address the social needs of those around us," Golden said in her opening remarks.

On Friday, during the annual MLK Jr. Community Service Awards Ceremony, Johns Hopkins will honor eight colleagues and one high school student for demonstrating King's values of service, equality, and selflessness through their volunteerism. Register for the event online. 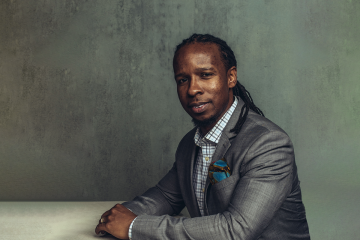 Published Dec 9, 2021
The author and scholar spoke at a virtual conference hosted by PHutures about the role universities and researchers play in dismantling racism