Johns Hopkins Medicine's 40th annual celebration of the life and legacy of Martin Luther King Jr., will take place next week, including a keynote speech by Isabel Wilkerson—winner of the Pulitzer Prize and the National Humanities Medal—on Tuesday and the annual MLK Jr. Community Service Awards Ceremony on Friday. 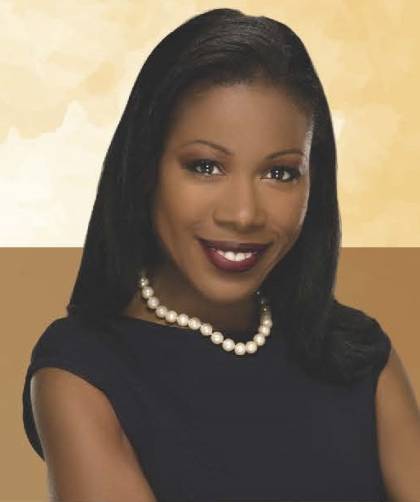 Wilkerson is the author of the critically acclaimed, New York Times bestsellers The Warmth of Other Suns, and Caste: The Origins of Our Discontents. "Wilkerson's work," in the words of The American Prospect magazine, "is the missing puzzle piece of our country's history."

Her remarks Tuesday will be followed by a fireside chat with Sherita Hill Golden, vice president and chief diversity officer for Johns Hopkins Medicine. The event begins at noon; advance registration for the virtual event is required.

The Warmth of Other Suns won the National Book Critics Circle Award in 2010, among other honors, and was named to more than 30 best of the year lists, including The New York Times, the Los Angeles Times, The New Yorker and The Washington Post. TIME Magazine named it one of the "10 Best Non-Fiction Books" of the decade. The New York Times Magazine named Warmth to its list of the best nonfiction books of all time.

Her new book, Caste: The Origins of our Discontents, was published in August 2020 to critical acclaim and became a No. 1 New York Times bestseller. Dwight Garner of The New York Times called it, "An instant American classic and almost certainly the keynote nonfiction book of the American century thus far." Oprah Winfrey chose it as her 2020 Summer/Fall book club selection, declaring it "the most important book" she had ever selected.

Wilkerson won the Pulitzer Prize for her deeply humane narrative writing while serving as Chicago Bureau Chief of The New York Times in 1994, making her the first Black woman in the history of American journalism to win a Pulitzer Prize and the first African American to win for individual reporting. In 2016, President Barack Obama awarded Wilkerson the National Humanities Medal for "championing the stories of an unsung history."

On Friday, during the annual MLK Jr. Community Service Awards Ceremony, Johns Hopkins will honor eight colleagues and one high school student for demonstrating Dr. King's values of service, equality and selflessness through their volunteerism: