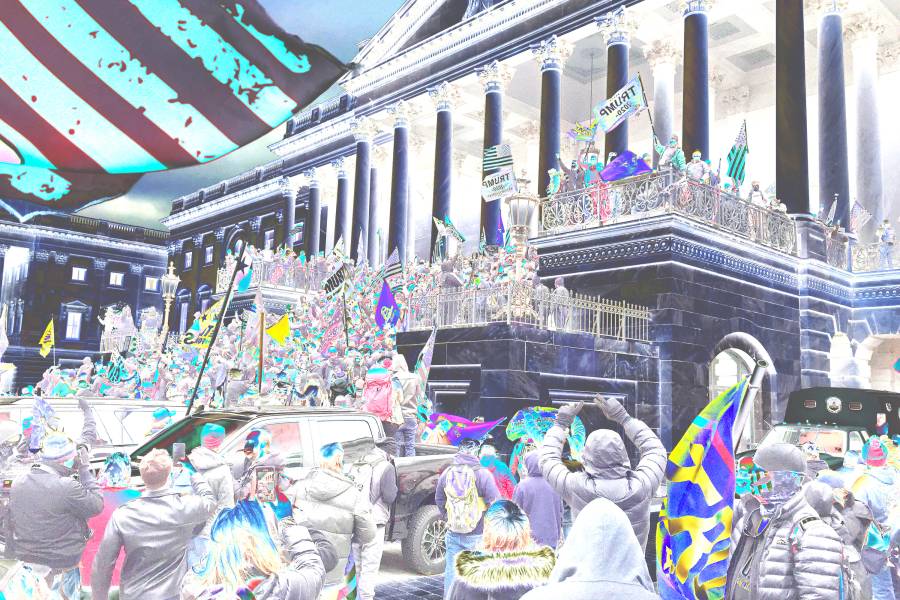 Johns Hopkins scholars discuss how the insurrection at the U.S. Capitol on Jan. 6, 2021, changed the course of their research and how it might have forever altered American democracy

Jan. 6, 2021, was a dark day in U.S. history. The world watched as rioters violently stormed the Capitol, overtaking police officers and endangering the lives of elected officials and their staff in an attempt to decertify the recent presidential election. But the physical attack was just one facet of the widespread assault currently facing American democracy. Here, scholars from across Johns Hopkins University discuss how this turning point in our history has forever changed their area of research.

The French Revolution and American reaction

Jan. 6 was only the most dramatic episode of a long assault on democracy that includes gerrymandering, racist voting restrictions, partisan seating of judges, and the Senate's refusal to confront these issues. This assault has not so much changed my research agenda as sharpened my thinking, helping me see how the death of democracy at the end of the French Revolution is echoed by anti-democratic activism in the contemporary U.S. As at the end of the French Revolution, a minority in the U.S. clings to power by whittling the electorate while too many others sit back, imagining that justice is possible without activism to advance democracy. But the French Revolution offers what should be a familiar lesson: Assaulting the democratic rights of some citizens threatens the democratic rights of all citizens. Revolutionary France's swift decline from democratic republic to authoritarian Empire stands as a terrible warning to us all.

Jan. 6 demonstrated just how urgent it is that we understand and seek to improve the ways Americans talk and listen to one another on big questions across big disagreements. I think we knew theoretically that violence was possible, but seeing the effects of the utter breakdown of mutual respect illustrates the stakes of research on democratic citizenship and argument.

The insurrection and accompanying challenges to the integrity of our elections bodes ill for the economic well-being of the United States. Democracy is the cornerstone of a well-functioning, robust economy, ensuring that investors have access to full and accurate information and have law and the courts to back up their standing. Undermining our democracy undermines our economy, as it encourages lawlessness and corruption. It erodes the world's confidence in us as the place to go when downturns and financial instability spark a desire for a flight to safety. It undermines our place as the benchmark of financial security. That will raise costs for everything and likely widen the gap in income and wealth that already is the widest it's been since the 1920s, shortly before the 1929 crash and ensuing Great Depression.

The political scientist Adam Przeworski defines democracy as "a system in which parties lose elections." When a party resorts to chicanery, manipulation, and violence in order to gain power, it seems safe to say that democracy is at risk, and this is precisely what has unfolded in the United States in the last year. As Suzanne Mettler and I showed in our 2020 book, Four Threats: The Recurring Crises of American Democracy, the United States now faces a historic convergence of conditions that have combined to undermine American democracy in the past; the resulting democratic crisis has not abated since Donald Trump's defeat. What has become clearer since then is that the integrity of American elections is now under severe threat as state legislators around the country look to take control of elections from nonpartisan professionals. Consequently, understanding the sources of integrity and vulnerability in our decentralized system of elections has taken on new urgency.

A presidential threat to democracy

Donald Trump is another example of the dangers posed by presidential power in America. But was he a threat to democracy? Trump was disorganized and lacked much in the way of political skill. His most enthusiastic base of support consisted of a white underclass whose influence in American politics has been sharply reduced with the collapse of America's manufacturing industries and the decline of organized labor in America. The fact that in January 2021, this undisciplined, inexperienced, and often foolish individual actually, albeit briefly, posed a threat to the Republic, demonstrates the fragility of democracy in contemporary America.

Can American democracy be saved from the onward march of presidential imperialism? Perhaps Congress might retrieve some of its lost powers. Perhaps the judiciary might be weaned away from its submission to the executive. Perhaps the party system might be rearranged to produce less monstrous presidents. Matters, however, have probably taken America too close to the abyss. Some future president with more ability and organization than Trump will demonstrate the difference between real power and what the framers called "parchment power," power that exists on paper but not in reality.

As to Donald Trump's place in the story, future historians might be moved to turn both Hegel and Marx on their heads by observing that history always repeats itself twice, the first time as tragedy and the next time as farce. In the case of Trump, we perhaps begin with farce and end with tragedy.

The events of Jan. 6 heightened public urgency about K-12 education's role in preparing the next generation of citizens. From the very first time they step into a classroom, children should be building the knowledge, skills, and habits necessary to create informed, adult citizenship. In recent decades, however, we have placed civic formation in the back seat. We can do so no longer.

The good news is that education policymakers, practitioners, and scholars are coming together in what is still a very politically charged environment to provide young people with rich social studies materials that challenge and enliven them, allocate funds for teachers' professional development in history and civics, establish school policies that reinforce the importance of controversial conversations, and help parents understand the difference between exposure to a range of ideas, and indoctrination.

While the work of the last year is encouraging, much more remains to be done. We cannot afford to slow down—as the sober anniversary reminds us. 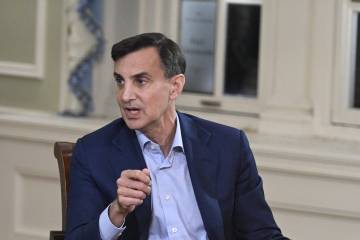 Published Jan 4, 2022
In a new book, JHU President Ron Daniels argues that universities—including Johns Hopkins— have a pivotal role to play in order for democracy to thrive