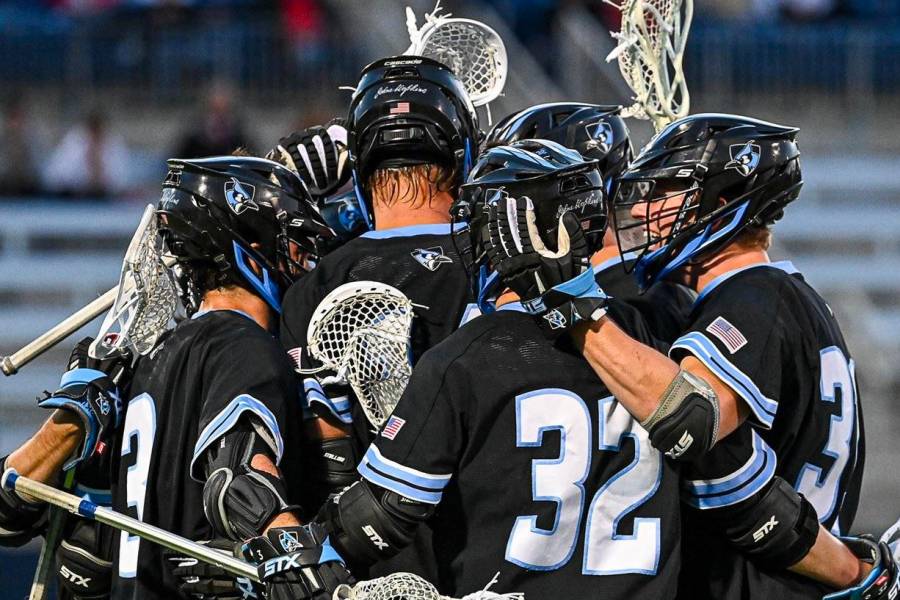 The Blue Jays kick off their season Feb. 5, face seven teams that made NCAAs last season

The Johns Hopkins University men's lacrosse team will kick off its 2022 season schedule on Feb. 5 at home against Jacksonville and will face seven teams that reached the NCAA tournament last season as part of its 14-game slate.

The home schedule includes seven games, including an April 23 showdown with rival Maryland that concludes the regular season. The seven-game road schedule is highlighted by a visit to defending national champion Virginia on March 5. The Blue Jays open their five-game Big Ten Conference schedule against Michigan on March 26 at Homewood Field.

For the first time since 1944, the schedule does not include a regular-season game against Princeton, as the two programs had difficulty finding a mutually convenient date.

The current schedule lists the weekend on which the game will be played; game times will be determined at a later date, and game dates may be shifted to other days within the same weekend.