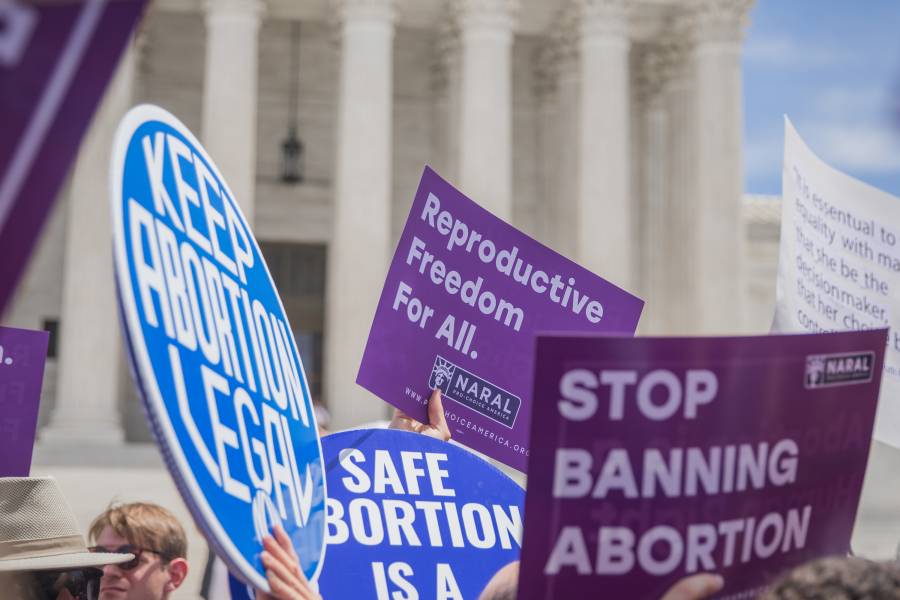 Editor's note: The terms "woman" and "women" are used throughout this article because that is how the CDC and other sources record related data.

A potentially landmark battle is in play over abortion rights, and it's headed to the U.S. Supreme Court on Dec. 1.

In 2018, the Mississippi legislature passed and the governor signed House Bill 1510, known as the Gestational Age Act, which bans abortions after 15 weeks. There are exceptions if the life of the fetus or parent is at risk—but not in cases of rape or incest. The law violated Roe v. Wade, the 1973 Supreme Court decision that legalized abortion nationwide and protects the right to abortion prior to "viability" of the fetus, which is at around 24 weeks. House Bill 1510 was quickly blocked by lower federal courts but now the law's fate is up to the Supreme Court.

The outcome of this case—Dobbs v. Jackson Women's Health Organization—has implications for abortion rights far beyond Mississippi: A decision that previability bans are not unconstitutional could upend longstanding protections established by Roe v. Wade.

The conversation about abortion rights in the U.S. is a noisy one involving politics, precedents, and personal beliefs. What often gets short shrift, however, is the public health reality that restricting access to abortion frequently results in erosion of the health of women, especially low-income women and women of color. This is why abortion is so much more than a legal battle.

According to The Turnaway Study, a 10-year study that followed nearly 1,000 women who either had or were denied abortions, any women who were denied wanted abortions had higher levels of household poverty, debt, evictions, and other economic hardships and instabilities, says Joanne Rosen, associate director of the Johns Hopkins Center for Law and the Public's Health.

A 2020 study in the American Journal of Preventive Medicine found that women living in states with less restrictive reproductive health policies were less likely to give birth to low-weight babies. Other research published in The Lancet found that restrictive abortion laws actually mean a higher rate of abortion-related maternal deaths.

Restrictive abortion laws affect more than just the health of individuals and families—they affect the economy, too. Research from The Lancet found that "ensuring women's access to safe abortion services does lower medical costs for health systems."

The Institute for Women's Policy Research has a host of data around how reproductive health restrictions impact women's earning potential, including an interactive map tool, Total Economic Losses Due to State-level Abortion Restrictions. In Mississippi, for example, the data indicate that removing restrictions to abortion would translate to a 1.8% increase of Black women in the labor force, over 2% for Hispanic women, and a leap of more than 2.6% for women who identify as Asian-Pacific Islander. This same tool calculates that removing restrictions on abortion access would translate to an estimated $13.4 million in increased earnings at the state level for Black women alone.

Abortion restrictions disproportionately affect people of color and those with low-incomes. According to data from the CDC, Black women are five times more likely to have an abortion than white women, and Latinx women are two times as likely as whites. Seventy-five percent of people who have abortions are low-income or poor.

Mississippi, Texas, and the Supreme Court

On Dec. 1, the Supreme Court will hear Dobbs v. Jackson Women's Health Organization and Rosen thinks it's unlikely the court would agree to hear the case if they were just going to affirm the status quo.

The case isn't the only one on the docket, however. Texas' Senate Bill 8, which bans abortion after six weeks of pregnancy, made headlines earlier this month and may impact the court's ultimate decision on the Mississippi case. The high-profile law came before the Supreme Court in November 2021 and Rosen said the important thing to note is that the justices didn't actually address whether the six-week ban is constitutional. Rather, they examined the unusual enforcement scheme of the law—where, when, and by whom the Texas law could be challenged.

Rosen says that the justices may compare the Texas law with the Mississippi law and, when considering a six-week abortion ban, a 15-week ban may seem less extreme. In this way, the Texas case could give the court some cover to uphold Mississippi's 15-week ban.

It's likely to be months before an opinion is released; Rosen says the court typically releases its decisions on high-stakes or controversial cases in June. And high stakes this is: for the future of abortion, for reproductive health rights, and for public health. 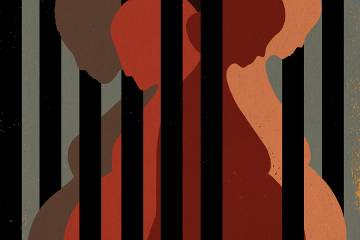 Published Winter 2019
A growing number of women are incarcerated in the U.S., thousands of whom give birth behind bars. Carolyn Sufrin aims to improve the standards of care for this underseen, understudied population. There's a lot we don't know. / Johns Hopkins Magazine 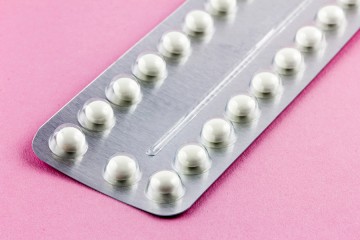 A case for OTC contraception