The top-ranked Johns Hopkins volleyball team defeated Washington College on Wednesday night for its 61st consecutive victory, breaking the NCAA Division III record of 60 wins in a row and improving to 26-0 on the season.

The Blue Jays 25-7, 25-21, 25-15 win in Chestertown, Maryland, was its 18th straight-set sweep in 26 matches this season. Overall, Hopkins—which won the DIII national championship in 2019—has won 78 of 88 sets and has been forced to a decisive fifth set on just two occasions.

Ten different Blue Jays had at least two kills in the match—Danielle Norman led the way with seven, and Lauren Anthony had four. Hopkins had 13 service aces, led by three from Evelyn Batista, and Chidinma Onukwugha had six blocks.

Johns Hopkins wraps up the regular season on Saturday when it hosts Bryn Mawr at Goldfarb Gymnasium at 1 p.m. 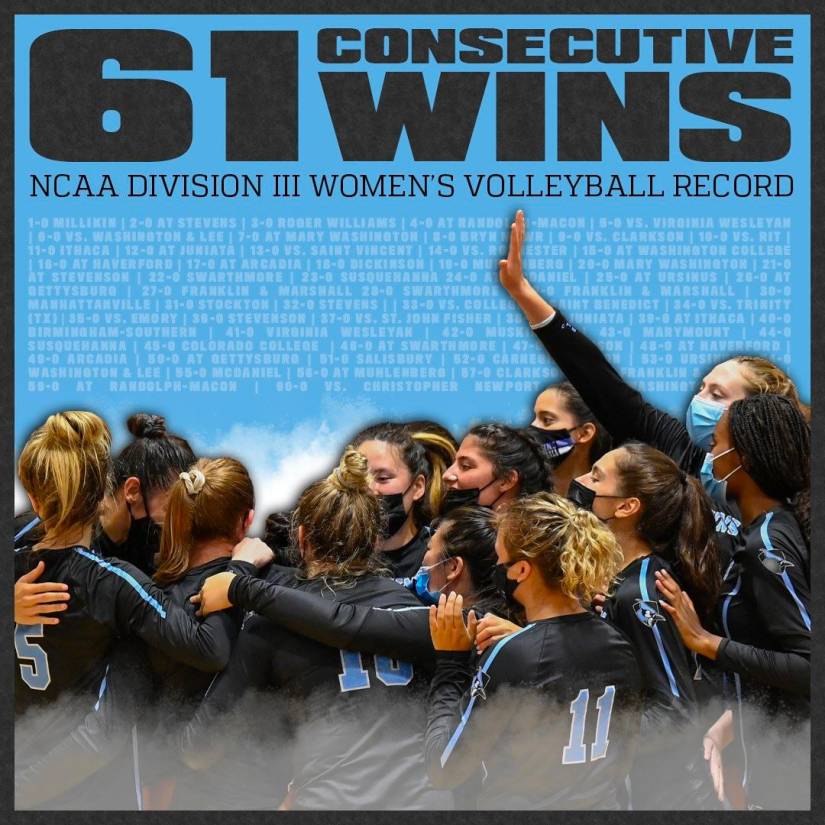