Steinberg, professor and former dean at the Maxwell School of Citizenship & Public Affairs at Syracuse University and a veteran of two presidential administrations, will join SAIS on Nov. 1

Jim Steinberg, a U.S. foreign policy expert with a record of leadership and success as a scholar, academic administrator, policymaker, and senior official during two presidential administrations has been appointed the 10th dean of the Johns Hopkins School of Advanced International Studies. 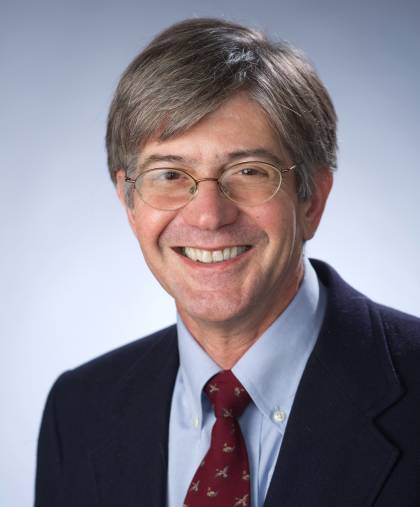 Steinberg currently serves as the University Professor of Social Science, International Affairs, and Law at the Maxwell School of Citizenship and Public Affairs at Syracuse University, where he also served as dean for five years, from 2011 to 2016.

His term at SAIS begins Nov. 1. He succeeds Eliot Cohen, whose two-year term as dean expired at the end of June, and Kent Calder, director of the Center for East Asian Studies at SAIS and the school's interim dean since July.

"We sought a leader and administrator who could execute a vision for SAIS that builds on the school's strengths, develops greater cohesiveness with other divisions of the university, as well as within the school's three campuses, and leverages the extraordinary opportunities that SAIS' new home at 555 Pennsylvania Avenue will provide to students, faculty, and staff," JHU President Ron Daniels wrote in a message today announcing Steinberg's appointment.

"[Professor Steinberg] is well respected inside academia as a transparent leader who prioritizes faculty governance, is deeply committed to creating a welcoming and inclusive community for all, and works to build programs that advance student success both inside and outside the classroom."

Steinberg has extensive experience in academic and nonprofit settings and in federal governmental roles. Prior to joining Syracuse, he served as the principal deputy to Secretary of State Hillary Rodham Clinton from 2009 to 2011, as dean of the Lyndon B. Johnson School of Public Affairs at the University of Texas at Austin from 2005 to 2008, and as director of Foreign Policy Studies at the Brookings Institute in Washington, D.C., from 2001 to 2005.

From 1996 to 2000, he was deputy national security advisor to President Bill Clinton and served as the president's personal representative to the G-8 summits in 1998 and 1999.

"During my career, in the university and in government, I've had the first-hand opportunity to appreciate the extraordinary contribution SAIS has made to cutting-edge research, innovative teaching, and rigorous action-oriented policymaking," Steinberg said. "The 21st century brings complex and consequential challenges to the international stage, from state-to-state conflict to emerging issues of information and biotechnology, global public health, inequality, uneven development and climate change. I am excited to work with the remarkable faculty, staff, students, and alumni at SAIS, and the wider JHU community, to harness the SAIS/JHU record of creativity and excellence to tackle these challenges. I want to thank President Daniels, Provost [Sunil] Kumar, and the search committee for the chance to build on this tradition and keep SAIS at the forefront of pioneering research and as an incubator of the leaders of the next generation."

A native of Boston, Steinberg earned a BA from Harvard College and a JD from Yale Law School. He is the recipient of numerous prestigious awards and recognitions, including the CIA Director's Medal, the Joseph J. Kruzel Memorial Award from the American Political Science Association, and the Secretary of State's Distinguished Service Award.

Steinberg's research and publications have focused on U.S.-China relations, the uses of history in policymaking, and organizing the national security process. His most recent books, both co-authored with Michael O'Hanlon, are A Glass Half Full? Rebalance, Reassurance and Resolve and Strategic Reassurance and Resolve: US-China Relations in the 21st Century.

"I know Jim's leadership experience, innovative ethos, and commitment to elevating SAIS to new heights will serve the school and university well for years to come," Daniels wrote. "Please join me in welcoming him to Johns Hopkins." 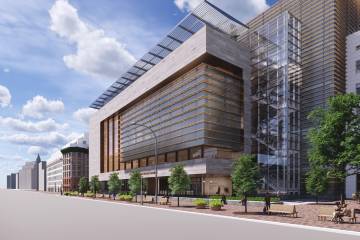 Published June 29, 2020
University completes planned purchase of 555 Pennsylvania Ave., the future site of a collaboration and learning hub for the Johns Hopkins community