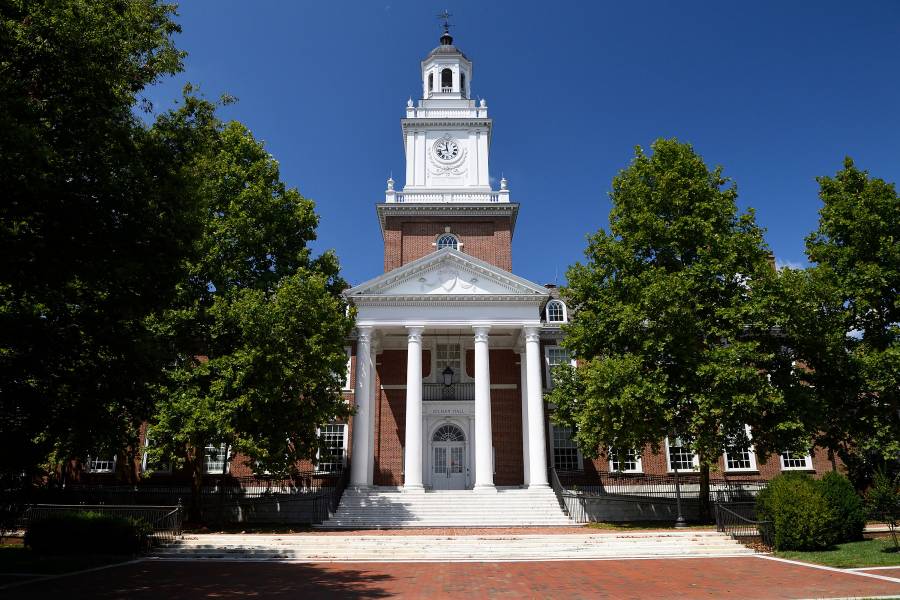 Publication evaluates more than 1,600 universities from around the world based on teaching, research, citations, knowledge transfer, and international outlook metrics

Johns Hopkins University ranks No. 13 in the annual Times Higher Education World University Rankings for 2022, which were published online Wednesday and include 1,662 colleges and universities from around the globe.

Johns Hopkins share the No. 13 ranking this year with Penn. JHU was ranked 12th globally by THE last year and has been 12th or 13th in each of the past five rankings cycles.

Hopkins also ranks No. 10 overall among 183 U.S. schools, according to THE.

The University of Oxford tops this year's world rankings, followed by Harvard, Caltech, and Stanford. MIT and Cambridge are tied for fifth.

The Times Higher Education list, published each year since 2004, is among the world's most influential rankings of colleges and universities, which are judged based on 13 key performance indicators grouped into five thematic areas: