A team of Clark Scholars has developed a wearable device that can relay a soldier's vitals to combat medics, making it easier to determine who needs medical attention most urgently 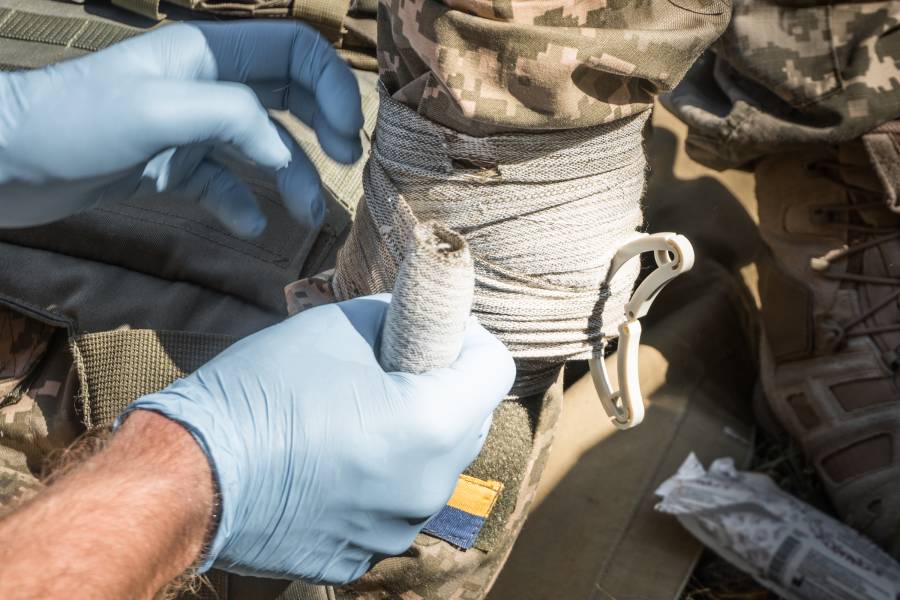 During the Napoleonic Wars, the French Imperial Army tried something rather novel: medics treated wounded soldiers according to the severity of their injuries instead of by military rank. Triage—prioritized care based on the severity of condition—has proved critical for saving lives on many battlefields since.

Now combat triage is undergoing yet another dramatic transformation—this time, a digital one. Working with the NATO HQ Supreme Allied Command Transformation Innovation Hub and the SACT Medical Branch, student engineers and scientists at Johns Hopkins University and the Czech Technical University have leveraged artificial intelligence to create a Digital Triage Assistant. Worn like a watch on soldiers' wrists, the device collects their vital signs and location data, feeding that information in real time to a dashboard that not only tells medics where the wounded are located, but also assesses the severity of their injuries.

The student engineers are all members of the Clark Scholars Program. Established in 2016 with a $15 million investment in the Whiting School of Engineering from the A. James & Alice B. Clark Foundation, the program is designed not only to attract talented engineering students to Johns Hopkins, but also to prepare them for leadership roles. The cohort is advised by Lawrence Aronhime and Alexander Cocron, faculty members in the school's Center for Leadership Education. 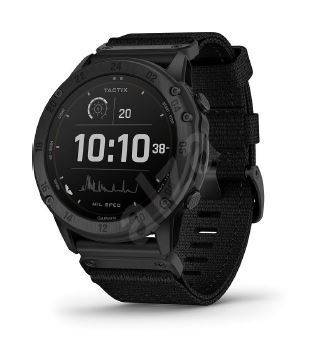 Image caption: The students developed the concept and software logic for a wearable device that can relay a soldier's vital signs to combat medics, making triaging injured soldiers easier.

The team's main innovation is a machine-learning model that combines data gathered from wearables to calculate a "mortality likelihood score" for an individual soldier, said Cocron. The score will help combat medics quickly determine who should receive treatment first.

During their research, the students discovered that current battlefield triage comes down to a few simple assessments: Can the soldier stand up? Can they raise their hand? Are they able to yell, or are they unconscious? With very little data, combat medics must evaluate injuries and prioritize evacuation in the shortest time possible.

"We were surprised to find that medics decide if someone is on the next helicopter out based on just two or three factors. That's born out of necessity–they can't afford to spend even a few minutes triaging a single solider. But we don't have that limitation with a digital triage assistant. The system allows for continuous and real-time monitoring of vitals, and alerts the medic if a soldier's condition gets worse," said David Calvo, a fourth-year computer science major and team member.

The students designed the Digital Triage Assistant with an eye toward automating this process, getting the right information to medics as quickly as possible.

"We found we could model the triage process well in a programming language. But these calculations would be very hard for a human to do on the go," said Jonathan Edwards, also a fourth-year computer science major and team member.

The cohort began tackling the ambitious project in 2019, when the NATO HQ SACT Medical Branch asked them to develop a technology solution to reduce battlefield casualties in future NATO missions. Students met with high-level military leaders, government officials, and frontline medics from the United States, the British Army, and the Israel Defense Forces to better understand the challenges faced in combat triage situations. Soon they began collaborating remotely with CTU students in Prague.

"These students don't have any military or security background. This is a group of undergrads, from different disciplines, who have done the research, who have put in the work, and they've come up with something really viable and exciting."
Lawrence Aronhime
Center for Leadership Education

As they worked on the project, the students also considered how triage practices may change depending on the war zone. In regions where NATO has stronger control of the airspace, medical evacuations can be performed quickly and survival rates can be very high. But if battlefields emerge where NATO doesn't control airspace, combat medics will face a very different set of circumstances: air evacuations may be limited and wounded soldiers may be scattered over larger areas or be required to be treated on-site. The Digital Triage Assistant is well-suited to assist medics in this type of scenario, Aronhime said.

He adds that the team is already thinking about how this system could move beyond the battlefield and have civilian applications, such as in busy emergency departments or following mass casualty incidents.

The first prototype is scheduled to be field tested in cooperation with the Czech Armed Forces beginning in August, following delays caused by the COVID-19 pandemic.

Johns Hopkins is one of the first universities to partner with NATO's Innovation Hub. The Digital Triage Assistant demonstrates the benefits that can be reaped if NATO organizations continue to engage with university students, who bring fresh ideas and strategies to long-standing challenges, according to Aronhime.

"What is incredible is that this project went from zero to field testing in less than two years. These students don't have any military or security background. This is a group of undergrads, from different disciplines, who have done the research, who have put in the work, and they've come up with something really viable and exciting," he said.

Colonel Sohrab Dalal, who has been overseeing the project as Head of the SACT Medical Branch, agrees. He said the prototype is already creating interest with the technology-connected generation at the forefront of tactical combat casualty care today. They readily see the advantage and use of such a prototype in their day-to-day clinical work.

"This is a novel solution to an age-old problem," he said. "The team has taken forward-thinking ideas on how to prioritize battlefield medical care from the Napoleonic times and brought it into the modern era. The Digital Triage Assistant product reduces cognitive overload in the safety critical environment of the modern battle field, reduces first responder times for critical casualties and creates a dynamic situational awareness for the commander, ultimately resulting in a more efficient medical system and saved lives."