Branville Bard Jr., an experienced and community-oriented law enforcement leader who has earned a reputation as a vocal advocate for social justice, racial equity, and police reform, has been selected as Johns Hopkins' new vice president for public safety. Beginning Aug. 30, Bard will oversee public safety operations for all Johns Hopkins University and Johns Hopkins Medicine campuses and facilities worldwide, with the exception of the Applied Physics Laboratory. 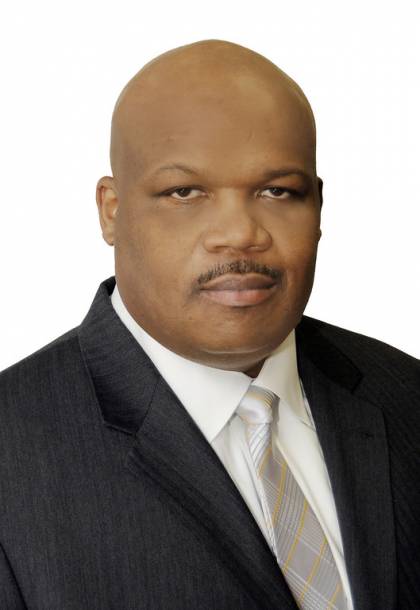 Bard joins Johns Hopkins from the Cambridge Police Department in Massachusetts, where he has served as police commissioner since August 2017. His 28 years in law enforcement include 24 years in his native Philadelphia, where he quickly ascended through the ranks of the police department, culminating in the leadership of the city's largest police district and later the Philadelphia Housing Authority Police Department, and where he was known for his integrity, follow-through, and deep commitment to building meaningful partnerships with the communities he served.

"Throughout his career, Dr. Bard has been a respected national voice on the need to ensure that policing is non-racialized, constitutional, and community-based," JHU President Ron Daniels, Hopkins Medicine CEO Paul B. Rothman, and Johns Hopkins Health System President Kevin W. Sowers wrote in a message to the Hopkins community today. "His commitment to developing progressive approaches to public safety made him a clear choice in a national search led by a broadly representative search committee comprising faculty, staff, students, and community members."

In his role, Bard will oversee the institution's ongoing efforts to model best practices within its security workforce and play a leading role in the development and implementation of the Johns Hopkins Police Department, building relationships within the Johns Hopkins community and with neighbors in Baltimore. He will also help lead two recently announced public safety initiatives—the Innovation Fund for Community Safety, a four-year, $6 million commitment to support innovative, community-led programs designed to curb violence, and the Behavioral Health Crisis Response Initiative, an effort to better support students, faculty, staff, and community members who experience a behavioral health crisis on or near campus.

"Throughout my career I have held to a simple but powerful belief that the most important responsibilities of police are to protect the public and to defend the individual constitutional rights of the citizenry they are sworn to serve," Bard said. "We do not have to choose between being safer and sacrificing civil liberties. With a public safety system centered on procedural and social justice, and grounded in listening to the community's needs, we can do both."

During his time in Cambridge—a city with six colleges, including Harvard and MIT, and three hospitals within a 6.4-square-mile area—Bard has regularly encountered the issues and public safety challenges associated with campus environments and health care facilities. Among many noteworthy accomplishments during his tenure, he established the department's family and social justice section to address the needs of vulnerable members of the community who are better served through a social justice approach, including juveniles, homeless individuals, the elderly, and those experiencing mental health and substance use disorders. He brought in the department's first child psychologist to connect Cambridge youth and their families with mental health services, and its first recovery coach to help address challenges presented by the opioid epidemic.

Bard also created the procedural justice section, which serves as the department's internal monitor by continually reviewing data related to police-citizen interactions for indications of racial profiling or racially biased policing and makes that information available through near real-time updates to a public dashboard. Additionally, he appointed a civilian chief of professional standards to lead the unit charged with investigating complaints against police, ensuring that sworn members of the department were not solely responsible for reviewing complaints made against other sworn members.

"To improve public safety, we need to build trust between communities and law enforcement. That process requires deep listening, honest conversation, and recognition of intergenerational trauma," Bard said. "I ask my officers to pose two questions to themselves every day: did you provide relief to a member of the public? And did you take an opportunity to exhibit compassion? The answer to both should be yes. That's how we earn community trust."

Bard earned both a master's degree in criminal justice and a doctorate of public administration from Valdosta State University in Georgia, where his dissertation focused on strategies to eliminate racial profiling, as well as a master's degree in public safety management from St. Joseph's University in Philadelphia. He received a bachelor's degree in criminal justice from what was then known as Alvernia College (now Alvernia University) in Reading, Pennsylvania. Bard has been recognized with numerous awards, citations, and commendations during his career. 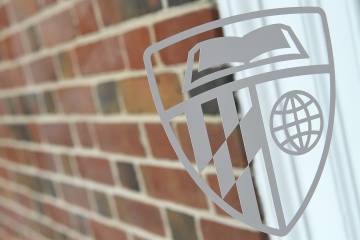