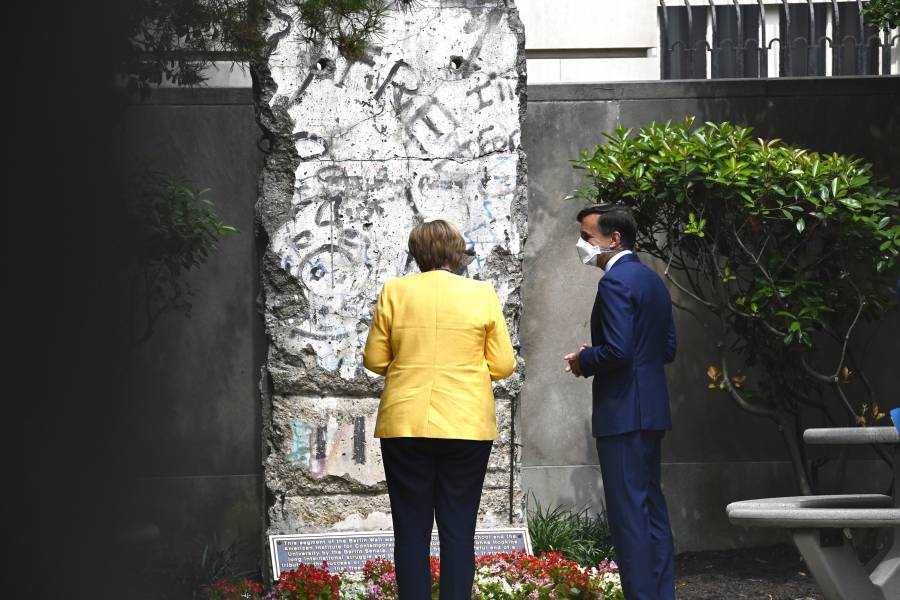 By Photo by Will Kirk

During a visit to Washington, D.C., German Chancellor Angela Merkel and Johns Hopkins University President Ron Daniels pause at the Berlin Wall monument in the courtyard at the JHU School of Advanced International Studies. Gifted to the university in 1997 by German Foreign Minister Klaus Kinkel, the monument is a tribute to the success of the German-American partnership and a symbol of the peaceful end of the Cold War. Merkel then received an honorary degree from Johns Hopkins in recognition of her contributions to world affairs. 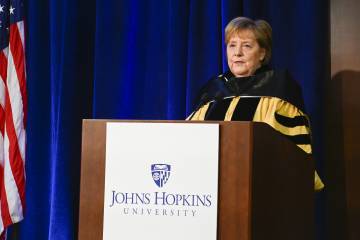 Published July 15, 2021
Four-term German chancellor recognized for her considerable contributions to world affairs, praised as 'a vocal defender of human rights even in the midst of growing nationalism and isolation'