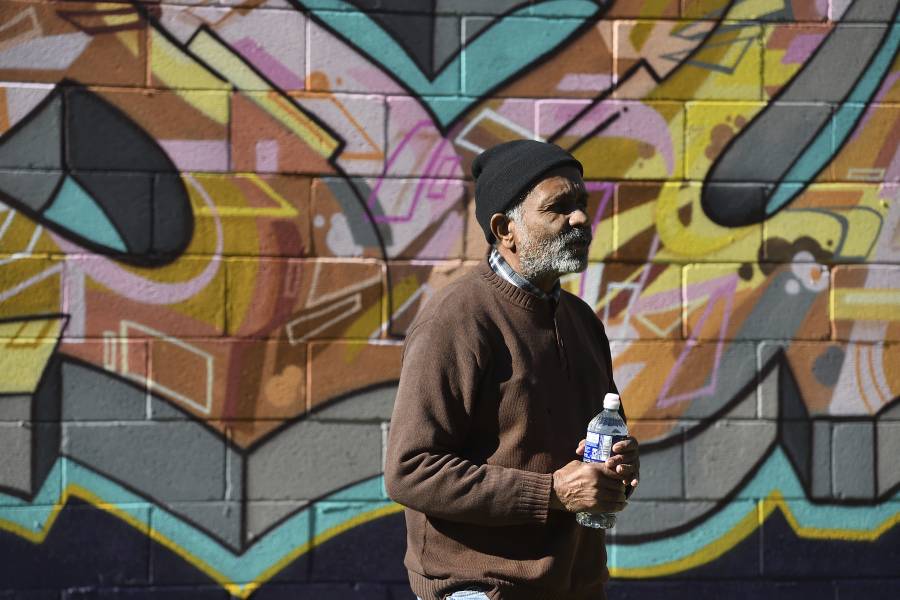 The art of liberation

Baltimore artists, scholars, and educators will present dramatic performances based on writings by Black Baltimoreans at the forefront of the 19th-century abolitionist movement during a Juneteenth livestream Friday at noon

Veteran journalist, poet, and musician John Milton Wesley didn't know about Juneteenth when he first moved to Baltimore in the late 1970s. During a 2017 celebration to honor Charles Duggar, a longtime Baltimore educator and civil rights activist, Wesley said that although civil rights icon Fannie Lou Hamer was his godmother, "Charlie taught me about Juneteenth."

Duggar, the 2021-2022 elder-in-residence for the Johns Hopkins Billie Holiday Project for Liberation Arts, says he didn't learn about Juneteenth himself until after he graduated from Howard University in 1968. He recalls he was already teaching English in Baltimore City by the time he first heard about the remembrance of June 19, 1865, the day Union troops arrived at Galveston, Texas, to inform enslaved people of their freedom—about two months after the Civil War's end and two and a half years after the Emancipation Proclamation ostensibly freed all enslaved persons.

Duggar saw an echo of enslaved people not knowing they're free with his own unawareness of this part of Black history. "The thing that struck me the most about it is why didn't other Black people spread the word far and wide?" he says, and begins a short consideration of how Black people might've shared and received information at the time. How does an enslaved person get informed of new laws? Whom might a recently freed person go to with information to share with other Black people?

He's not questioning if Black people did such things, more thinking through, in this example, how geography, the control of information, and so much else created barriers to basic participation in American society, much less freedom, that he sees paralleled in contemporary disenfranchisement efforts. "There's an experience of ignorance in terms of what we don't know that we see now with voter suppression," Duggar says. "And the education that we receive can reinforce that kind of ignorance to this day."

Inviting Duggar to talk about Black history is like going to a fire hydrant for a glass of water: He's a reservoir of expertise and thoughtfulness.

Duggar discusses Juneteenth's history this week during Juneteenth at Homewood: Freedom and the Liberation Arts, a live webcast from the Homewood Museum. The event starts at noon this Friday, June 18—a day the university is closed in observance of the Juneteenth holiday—and is free and open to the public. Registration is required.

Inviting Duggar to talk about Black history is like going to a fire hydrant for a glass of water: He's a reservoir of expertise and thoughtfulness. He's especially insightful when talking about Black history in Baltimore, making him an ideal elder-in-residence to collaborate with the Billie Holiday Project for Liberation Arts' oral history projects about Black Baltimore. The annual Marcus Garvey Day celebration he started in West Baltimore's Harlem Park marks its 51st year this Aug. 17. For more than 30 years, he's worked with the Enoch Pratt Free Library on its annual Kwanzaa programming.

He's currently working with the H.O.M.E.S. coalition, which aims to revive a home-ownership program similar to the one-dollar homes federal project of the 1970s. "This is a great time, because more people are beginning to see this cultural reckoning and awakening, but we have to channel that energy," Duggar says, and alludes to a repeated line in Bob Marley and the Wailers' song "Babylon System" about what we teach kids. "What are you doing in your own community to make a difference? What are you doing with the youth—are you telling the children the truth? We have to do that."

Actor and producer Noah Silas understands what Duggar means. For the Juneteenth at Homewood livestream, Silas is reading an excerpt of Frederick Douglass' "What the Black Man Wants" speech from 1865. "I hope that there are many Black and brown people who not only watch this Juneteenth event but dig deeper about it," he says. "I hope that younger folks just learning about Juneteenth decide to investigate further and in general know more about the truth of their pasts."

Silas is the BHPLA's current artist-in-residence, working on a film project exploring how the socioeconomic challenges that a young Billie Holiday faced are similar those that young Black Baltimore artists face today, which he's hoping to complete over the summer. "When an artist today is dealing with issues that an artist in the 1940s dealt with, has anything really been fixed?" he says, adding that he hopes the film not only illuminates these parallels, but ideally inspires people to act. "That's the challenge—how can my art make and create sustainable change? I don't want the escapism where you leave my play or turn off my movie and go back to your ways. I don't want to be dopamine. I want my art to be an actual therapeutic change."