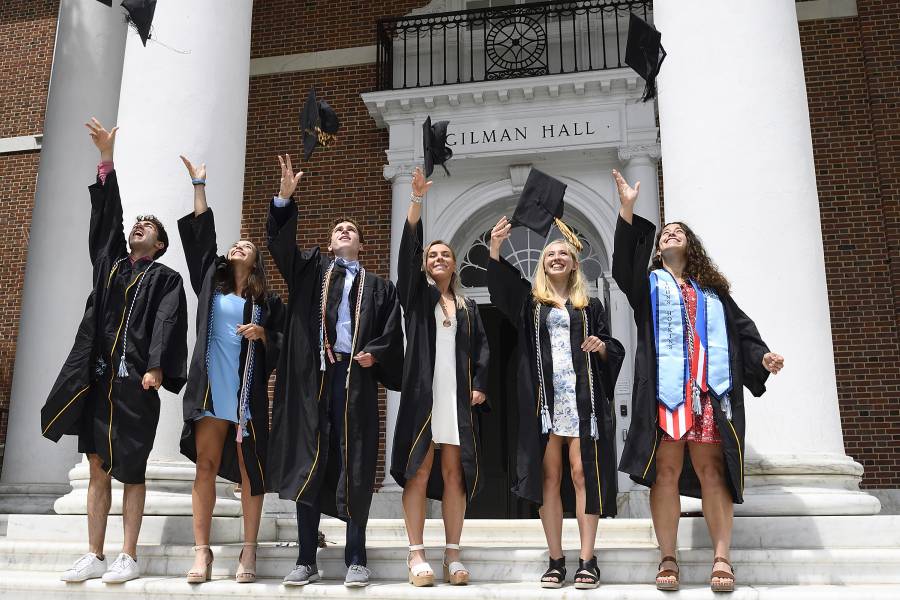 Image caption: The men's and women's track and field teams celebrate their graduation on the Gilman Hall steps

Graduation ceremonies were held this month for athletes who were involved in NCAA tournament play during the universitywide Commencement ceremony in May. 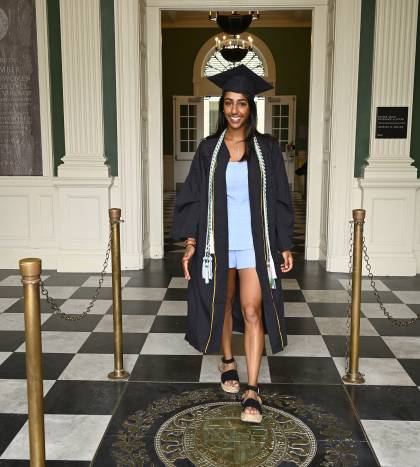 The first, on June 2, recognized one graduating member of the women's tennis team, Anjie Kashyap, and six track and field athletes. President Daniels presided over the ceremony along with deans Chris Celenza and Ed Schlesinger. Kashyap advanced to the round of 16 before falling to the number six seed in the NCAA Singles Championship. The women's track and field team—which included seniors Annie Gutierrez, Ariel Keklak, Ava Kelley, and Veronica Montane—finished with 34 points to vault into a fifth-place finish in the NCAA Division III Outdoor Track and Field Championships, held in Greensboro, North Carolina. Senior Jared Pangallozzi and graduate student Alex Glavin represented the Johns Hopkins men's track and field team at the Division III NCAA Championships. Pangallozi earned the gold medal in the 10,000-meter race, becoming only the second national champion in program history. On the competition's final day, he earned a second All-America honor.

A second ceremony held June 9 recognized 10 seniors on the men's baseball team who missed both ceremonies after ending the season with a 15-6 record and its fifth College World Series appearance in program history. 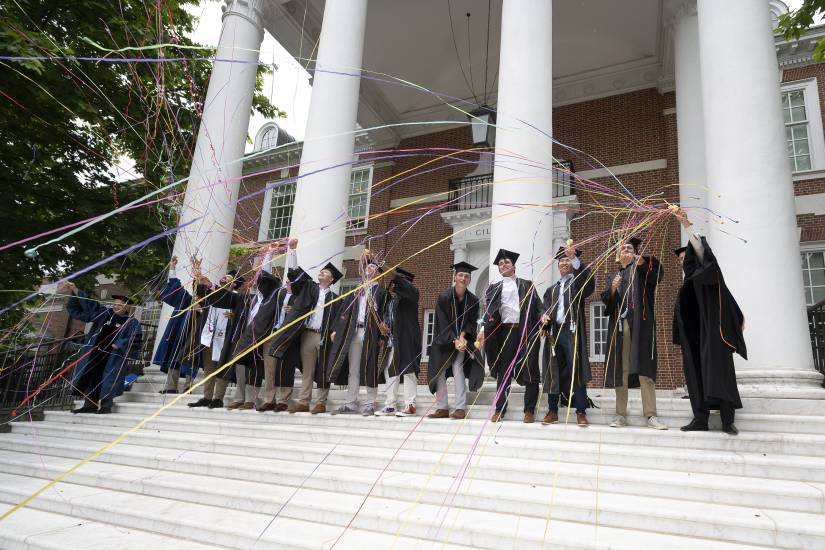 Image caption: The baseball team celebrates their graduation after a successful post-season and the fifth College World Series appearance in program history.

Ceremonies were held outside on the steps of Gilman Hall. As students names were individually called, they came forward for a photograph with the dean and then walked across the Gilman seal for the first time as a graduate.