Shanahan, who joined Johns Hopkins in 2016 and has served as vice provost for student affairs since 2019, will return to her alma mater this summer to lead an athletics department that includes 33 varsity programs 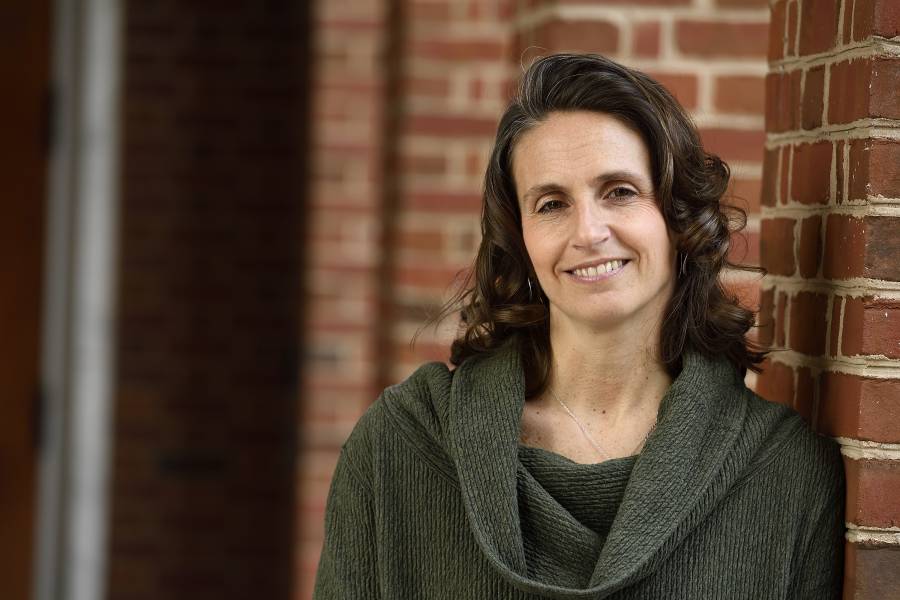 Alanna Shanahan, who joined Johns Hopkins as director of athletics and recreation in 2016 and has served as vice provost for student affairs since 2019, will leave the university this summer to return to her alma mater, the University of Pennsylvania, where she will become the next athletics director.

At Penn, Shanahan will oversee 33 varsity athletics programs, 38 club programs, and broad-based intramural and recreational offerings for students, faculty, and staff. She succeeds M. Grace Calhoun, who left the university in April to become vice president of athletics and recreation at Brown.

Shanahan will assume her new role on July 19; her last day at JHU will be July 9. Kevin Shollenberger, vice provost for student health and well-being, will oversee Student Affairs on an interim basis while a search for a permanent successor is conducted.

"Since arriving here in 2016, Alanna has been a passionate advocate for our students and an inclusive and visionary leader whose contributions have left an enduring impact on the Johns Hopkins experience for all our students," JHU Provost Sunil Kumar wrote in a message to the Hopkins community today. "Saddened as we are by her departure, we are pleased for her to have the opportunity to return to Penn, where she spent more than two decades as an undergraduate, graduate student, coach, and administrator, culminating in a successful run as deputy director of Athletics and executive director of the Penn Relays."

"Since arriving here in 2016, Alanna has been a passionate advocate for our students and an inclusive and visionary leader whose contributions have left an enduring impact on the Johns Hopkins experience for all our students."
Sunil Kumar
Provost, Johns Hopkins University

During her tenure at Hopkins, Shanahan's top priorities have included improving the university's already strong graduation and retention rates, particularly by focusing additional supports on first-generation/limited income students. She has also led a collaborative process to envision the design and programming for the future Homewood Student Center, engaging with undergraduates, graduate students, faculty, staff, and alumni to help create a cohesive vision for a campus gathering place, a space long-sought by generations of Hopkins students. Construction is scheduled to begin this summer.

Over the past 14 months, Shanahan has played a key role in the university's response to the COVID-19 pandemic, working with others in university leadership and with her Students Affairs team to help shape the health protocols for residential life, dining, athletics, and other aspects of student life that enabled the safe resumption of in-person academic and extracurricular activities during the spring semester.

From 2016 to 2019, Shanahan oversaw a period of tremendous success among JHU's 24 varsity athletic programs, including 37 conference titles and three consecutive top-10 finishes in the Learfield IMG College Directors' Cup standings, awarded annually to the schools at each NCAA level with the top-performing athletics programs. She also oversaw the creation of the Blue Jays LEAD leadership development program for student-athletes and elevated the position of director of student-athlete success, which focuses on academic and career development for Johns Hopkins' more than 600 student-athletes. Among her most lasting accomplishments in that role was the redesign and expansion of the Ralph S. O'Connor Center for Recreation and Well-Being, which is scheduled to be completed this summer.

"It's been an incredible five years; I couldn't have asked for a more rewarding experience," Shanahan said. "My time as director of athletics and recreation was filled with amazing moments from watching our teams win national titles to realizing the goal of renovating and expanding the O'Connor Center for Recreation and Well-Being to best serve the wellness needs of our community.

"As Vice Provost of Students Affairs, I was entrusted with the critically important work of improving the experience of thousands of students and was thrilled to spearhead signature initiatives such as the Hopkins Student Center while also trying to help our student community manage the impact of COVID," she added. "I've had the pleasure of leading a team of talented, committed individuals who believe in the power of higher education to change lives while working for institutional leaders who demonstrate unmatched brilliance and aspiration daily. I can't imagine leaving Hopkins for any place other than my alma mater—the call home is really strong."

A 1996 Penn graduate with a degree in anthropology, Shanahan played lacrosse for the Quakers and served as a team captain as a senior, when she was also selected as the team's most valuable player. She served as an assistant women's lacrosse coach from 1997-99 and as the interim head coach during the 1999 season.

Prior to join Johns Hopkins, Shanahan served as deputy director of athletics at Penn, helping manage the intercollegiate athletics program with direct oversight of five of Penn's athletic programs—football, men's and women's basketball, and men's and women's lacrosse. In addition, she managed four senior-level athletic administrators who directed the Quakers' 28 other varsity teams. She also served as executive director of the Penn Relays, the nation's oldest and largest track and field event which annually attracts more than 20,000 participants and more than 100,000 spectators.